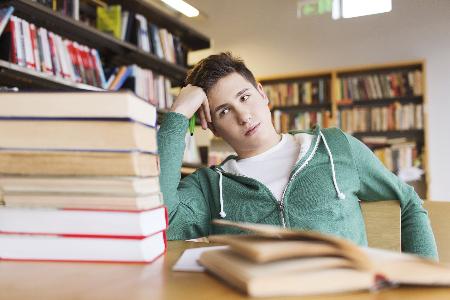 They are a costly problem for universities, accounting for hundreds of thousands of pounds in lost tuition fees every year. But an enterprising student from the University of the West of England (UWE Bristol) believes he has the solution to undergraduate drop outs.

Jamie Rawsthorne, 21, has devised a system which can help universities retain more students – by identifying those most at risk of quitting their studies.

Some 7.1 per cent of first year students dropped out in 2012-13, with course dissatisfaction and financial problems among the most common reasons for new entrants leaving.

But third year student Jamie reckons he has the answer – using historic data to predict which students are most likely to abandon their courses, then providing tailored personal support to help them stay. His start-up Unique Insights is offering universities across the UK the chance to trial the sophisticated analytical software from September. At least five universities have expressed an interest in using system in the 2016-17 academic year.

Unique Insights has launched at a time when retaining students is arguably more important than ever, with the recent increase in tuition fees to £9,000 a year making drop outs far more costly for both higher education institutions and students.

The inspiration for the business emerged during a chance meeting with UWE Bristol’s Vice-Chancellor Steve West, who revealed that student retention was one of the biggest challenges facing UK universities.

Jamie, a student on the pioneering Team Entrepreneurship degree programme, said: “When I met Steve West, I knew he was an influential man and just said to him ‘What’s the biggest problem facing universities?’. With fees being paid by the student and universities’ balance sheets more dependent on student income, it’s never been more important to retain students.

“We’ve looked at universities’ historic data and at the characteristics of students – whether their chosen university was their first choice, how far they have travelled from home to go to university, which campus they are studying at, and so on. Our tool knows how influential these factors are and can give a clear prediction on the likelihood of that individual dropping out.”

Some of the most cited reasons for students dropping out are problems integrating socially, poor grades, financial issues and a lack of a relationship with the university.

Once predictive analytics have been used to highlight students most at risk of quitting, the universities will engage with those undergraduates to resolve problems or allay concerns.

If, for example, 300 students were identified as being ‘at risk’, Jamie believes his system could prevent half dropping out.

Jamie said: “Research shows that as little as 20 per cent of students who experience doubts at universities actively seek support from their university student support services. We are trying to bridge that gap and equip universities to go to them.”

Jamie’s promising business has flourished with support received on the Team Entrepreneurship course, one of a only a handful of its type in the UK dedicated to giving undergraduates a platform to start their own companies.

About 60 students a year join the ground-breaking BA (Hons) business course which was established in 2013. It was inspired by successful methods pioneered in Finland and tested in Spain and Hungary.

Each student has a tailored programme to equip them with entrepreneurial and teamwork skills ready to launch their own business or become effective team players within dynamic and changing organisations.

Jamie, who formed Unique Insights with fellow Team Entrepreneurship student George Sanderson, said he was suited to the course because he has an entrepreneurial spirit.

He said: “I was selling tickets in college and sweets in school, so I’ve always had that spirit.

“I originally wasn’t going to go to university – I told my mum and dad it wasn’t any good for entrepreneurs. When I discovered this course, my mum was really happy because she knew I was way less likely to drop out of it than if I was on a traditional degree.

“I would recommend it to those who want to jump into the unknown – but you have to have the right mindset. It’s about ‘getting out what you put in’ more than any other degree.”

Jamie is based at the MassChallenge UK accelerator programme in London, a hub for the most promising start-ups in the country who benefit from advice from world-class business mentors. From an original 2,000 applicants, Unique Insights has progressed to a final group of 26 start ups battling for a £500,000 prize.

Last year, Jamie was highly commended in the Institute of Directors‘ Student of the Year prize. The award recognises students who have implemented brilliant and innovative projects that have created tangible value for a particular audience.