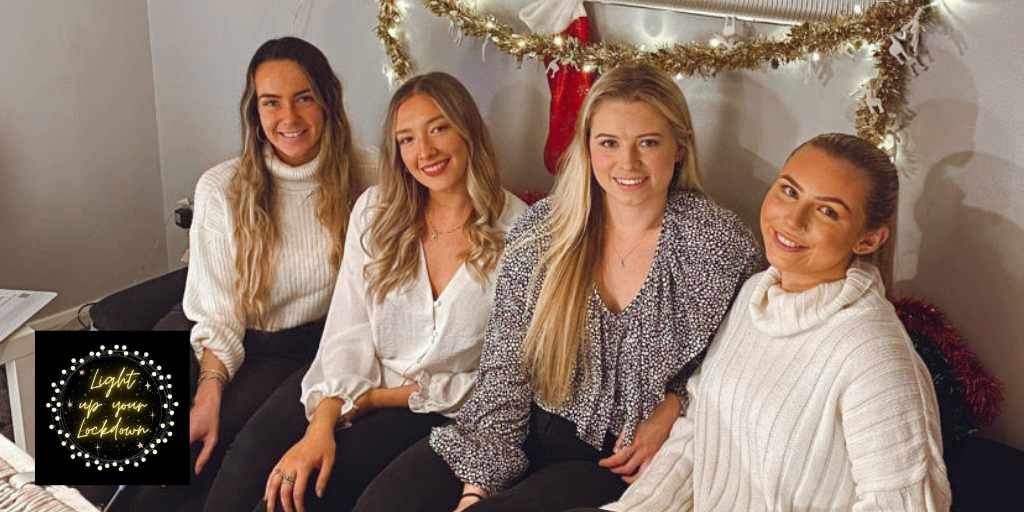 During the Covid-19 lockdown, four Business and Events Management students ran a virtual event aimed at raising money for a charity whilst also raising people’s spirits during a tough time. As part of their programme, they were tasked with running an event within the ‘Staging and Evaluating Events’ module, however, this time it was slightly different in that no physical events were allowed to happen and everything had gone online.

Emma, Imogen, Hannah and Maddison worked together to produce their event ‘Light up your Lockdown’ and decided that they wanted to make this a fundraising event as they wanted to support charities struggling through the pandemic. St. Michael’s Hospice (North Hampshire) was the charity chosen as Imogen and Maddison are both from the area and wanted to support the amazing work the charity does for the community, such as supporting many patients and their families in their final stages of life.

The students were tasked with hosting the event with no budget, which was tough, however, they managed to pull it off and ran a hugely successful event. It consisted of a cocktail masterclass, origami workshop, bingo and a charity raffle. The students said that they had wanted to put a different spin on the typical lockdown events they had been seeing, with virtual zoom quizzes being heavily exhausted. This paid off and they had fantastic attendance and raised £1,257 in total.

“I have had to learn to work in new ways and think outside of the box. For example, if COVID had not have happened I don’t know if we would’ve come up with the event ideas that we did – creating something unique to engage people and thinking outside of the box.”