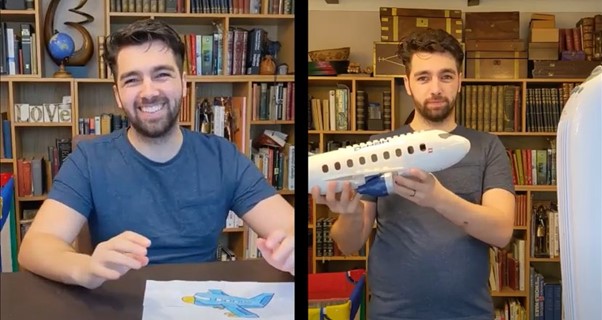 Dr Fay Lewis, Programme Leader MA – Education in the Department of Education and Childhood at UWE Bristol, describes how students from UWE Bristol provided an innovative introduction to science and engineering for local primary school children.

Despite the many challenges of taking part in Science Week during a global pandemic, UWE Primary Education students have been engaging with celebrations whole-heartedly, ensuring that local children have the best opportunity possible to celebrate science and its role in society.  The students have been exploring novel ways of cross curricular working, finding new ways of connecting with local schools despite lockdowns, school closures and a whole lot of uncertainty!

This cross-faculty work brought together groups of student teachers and student engineers to design a range of engineering challenges and activities to introduce local primary school children to engineering and to help them to explore science through engineering.

But how to teach a class of pupils during a time of school closures and remote learning?

Our students solved that problem, collaborating together to create their own blend of face to face and digital educational resources providing children across the primary age phase with opportunities to meet engineers, gain an insight into their work and experience some engineering themselves.

Over 50 student engineers recorded a set of videos; the first to introduce themselves to the pupils, the area of engineering they study, their interests, what inspired them to become engineers, and advice about different engineering career pathways. The second video was more subject-specific, helping teach the pupils some of their curriculum-linked learning using a combination of presentations, demonstrations and follow-along activities.  The student teachers then took these materials into schools and explored these videos with children alongside working through the engineering challenges devised by the collaborative groups.

From the feedback coming in so far from all students involved, it looks like the project has been a huge success! We’d like to thank all of the students and schools involved!

Meet Noble, student engineer at UWE Bristol, introducing himself to KS1 students and having some fun with forces. 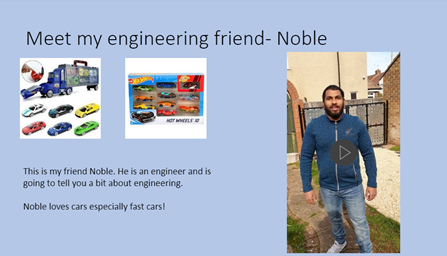 Despite the pandemic, approximately sixty primary schools, took part in an engineering challenge as part of British Science week supporting the ‘Big Beam In’ run by DETI (Digital Engineering Technology & Innovation Initiative). The challenges were planned by teacher education and engineering students from UWE Bristol.

For the live teaching by our students in schools, the children were given an engaging engineering challenge supported by videos from the engineers on what it is like being an engineering student and also explaining the science in their task. Other schools were sent teaching packs with activities and videos from the teacher and engineers. Some of engineers’ videos can be seen on Youtube at https://www.youtube.com/playlist?list=PL9z52T1dzQlb-Q4UiNnfloq4R7BPLply_

The aim of the project is to develop communication and outreach skills in engineers and to give the education students an experience of planning and teaching an engineering task in schools. The children will get an understanding of the broad range of engineering careers as well as exposure to everyday role models studying engineering and talking about why it interests them. Elizabeth Hadlington (Yr 2 Primary Education) said this was ‘an exciting opportunity to gather an insight into engineering allowing us to inspire young minds and create opportunities for the future’. 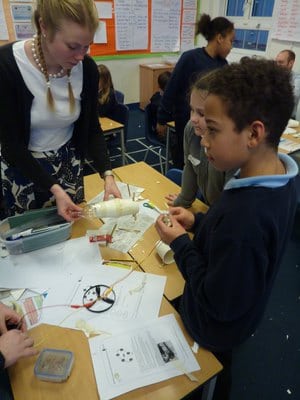