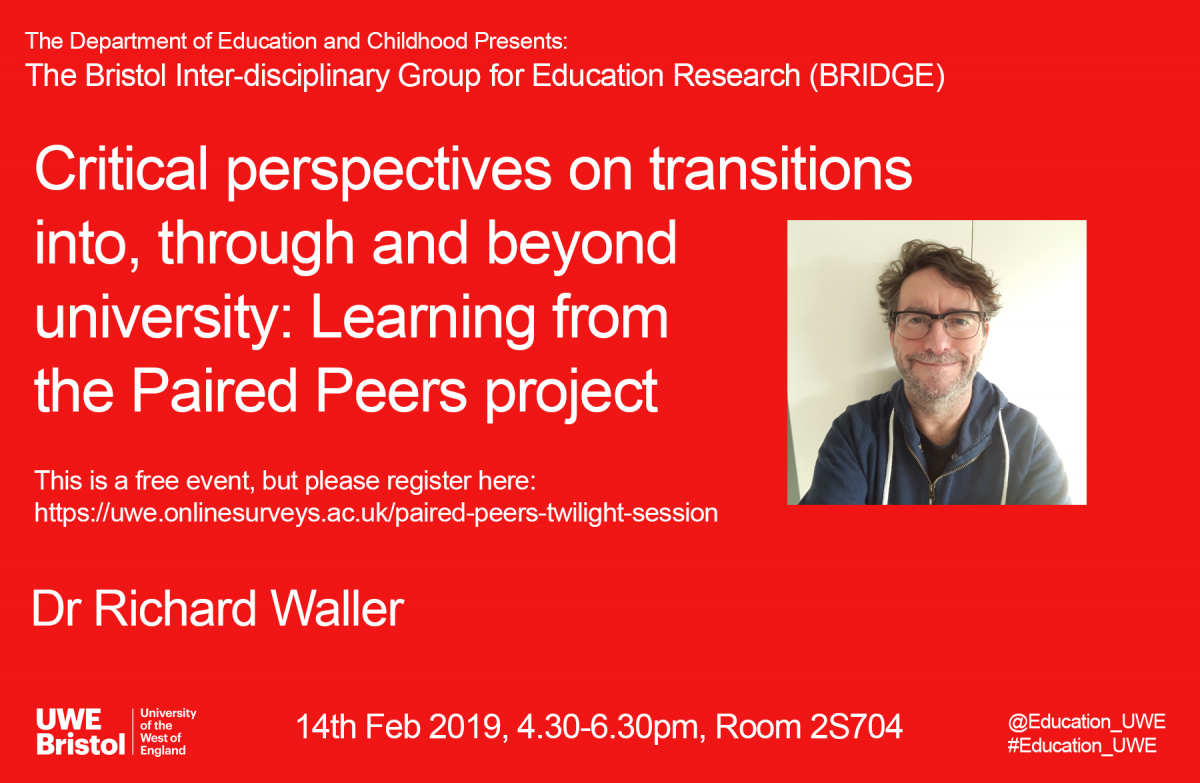 Critical perspectives on transitions into, through and beyond university: Learning from the Paired Peers project

Dr Richard Waller, Associate Professor of the Sociology of Education, Dept of Education and Childhood.

The phenomenon of people’s access to and experience of higher education being informed by their social class position is by no means new. Yet despite numerous policy initiatives and interventions in the last few decades, significant inequalities remain between working and middle class young people regarding their chances of progressing to higher education, the type of university attended, their student experiences and their graduate outcomes. The Paired Peers project was a two part longitudinal study (2010-2103 and 2014-2017) funded by the Leverhulme Trust which followed an initial cohort of 90 undergraduates studying at either of the two universities in one English city. The University of Bristol is an ‘elite’, research intensive institution and a founding member of the Russell Group. The University of the West of England is an ex-polytechnic, a post-1992 institution generally lying around the middle of HE league tables and which prides itself on the quality of its teaching as evidenced by the recent Gold TEF award. The project matched pairs of students by social class, gender and subject discipline both within and between the two institutions, and followed them from induction to graduation and for several years beyond into their post-university lives and careers. The project explored not just what class based inequalities existed in terms of access to university, the experience of going through higher education and the transition into the workplace, but also the processes by which these significant inequalities were established and maintained.

The presentation will be followed by a discussion of the implications of the project’s findings for the practice of academics and university professional services staff alike.

This event is free. However, registration is required. To register click here. Refreshments will be served.