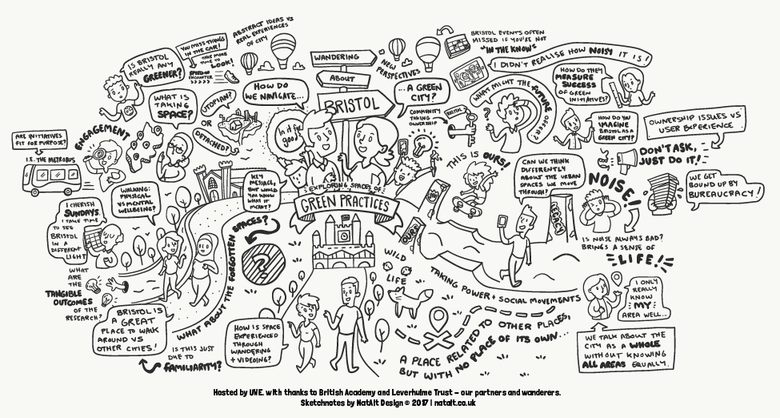 Throughout 2015 – 2017, Senior Lecturer Pam Seanor has been working on the Wandering about Bristol project.

Wandering about Bristol is a Small Research Grant for the project ‘Thinking urban spaces differently: Articulating and contesting “green” imageries of Bristol as an enterprising city’ and is supported by the British Academy and Leverhulme Trust.

The project involved three collective walks and culminated in a workshop at the Arnolfini.

The workshop was attended by those who had participated in the 3 wanders including initiative, local government, consultants, architects, landscape architects and artists to name a few.

The workshop was opened by David Relph, Director of Bristol Health Partners who set the scene for the importance of people feeling they have power to act and how Health is about a connection with place.

A short film of the wanders was shown during the workshop.

The findings from the workshop will be shared in the few months.