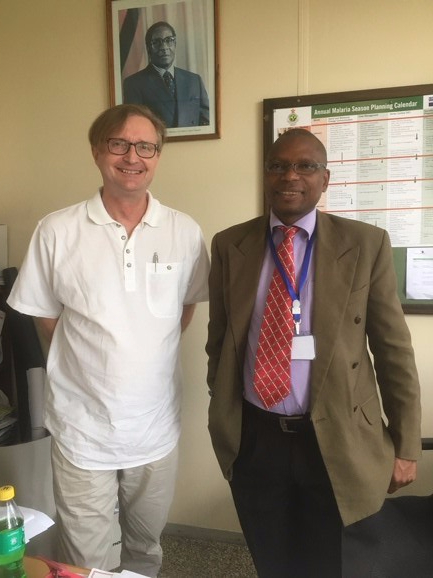 Professor Peter Case, Professor of Organisation studies at the Bristol Business School, has been working on a Malaria Elimination Project in Southern Africa.

Contracted by the Malaria Elimination Initiative (MEI) based at the University of California, San Francisco (UCSF) and funded by the Bill & Melinda Gates Foundation, Peter has  been working with a team of locally employed consultants to deliver leadership and organization development workshops to National Malaria Control Programme (NMCP) staff in Zimbabwe and Swaziland during the 2016-17 malaria season.

The project came about and was informed by key findings and recommendations by a program management report for the Bill & Melinda Gates Foundation co-authored by Peter and an article he published in the American Journal of Tropical Medicine and Hygiene.

The workshops have been very well received by NMCP staff at all levels and, on the basis of positive results, Peter has been awarded further funding of 150K USD to consolidate the work in Zimbabwe and Swaziland. He is also hoping to expand activities to some neighbouring countries in the 2017-18 malaria season.