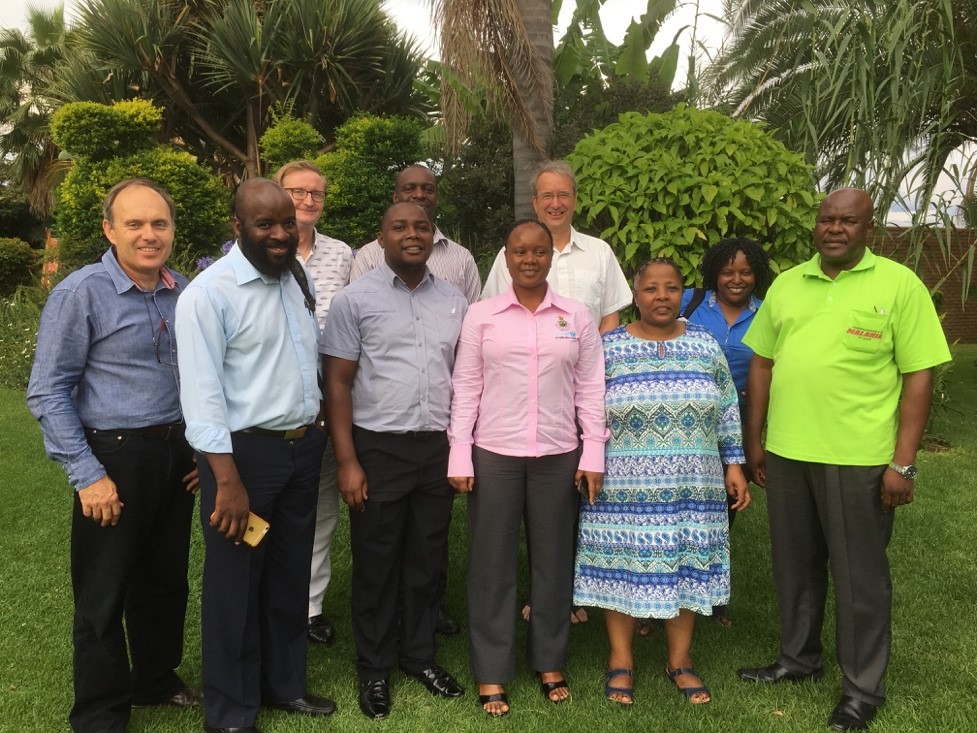 Professor Peter Case returned recently from Zimbabwe where he and Professor Jonathan Gosling have been progressing a project to assist the National Malaria Control Programme (NMCP) in that country. Peter and Jonathan were both working in Bulawayo when the Zimbabwean military took control on 14th November and, for a few days, had to contend with a high degree of uncertainty as political events unfolded around them and they were advised to remain in their hotel.

Despite the difficult circumstances, they worked alongside two other FBL Associate Lecturers, Dr Greyling Viljoen and Professor Peliwe Mnguni, to deliver the first of a series of workshops to a cohort of medics and senior administrators from Matabeleland South – members of a provincial team that has been involved with the wider project since August 2016 and who have embarked on a training programme entitled Organisation Development for Malaria Elimination (ODME).

The plan is to build OD training capacity in the Zimbabwean health system with a longer-term aim of expanding the process-improvement work to other nations in the region. The training is accredited through FBL’s Postgraduate Certificate in Professional Practice and the students (pictured below with the FBL project team) have all expressed an interest in pursuing a UWE-based masters degree. Dr Carol Jarvis, Felicity Cargill and Sue Brown have assisted greatly with setting up the PG Cert and enrolling the first cohort.

The two-day induction event (13-14 November) was judged to be a success by all concerned and several of the trainees made themselves available to assist Professors Mnguni, Case and Gosling with a large-scale workshop designed to address malaria-specific challenges in Matabeleland North province. For delivery of the workshop, the team expanded to include Professor Daniel Chandramohan – a world leading expert on malaria from the London School of Hygiene and Tropical Medicine – and Precious Chitapi an OD facilitator based in Harare. Now in its second year, the project will be active in over half of Zimbabwe (geographically) by the end of the 2017-18 malaria season. The work has been contracted by the Malaria Elimination Initiative – based at the University of California, San Francisco – and is funded by the Bill & Melinda Gates Foundation.

The project has been approved by the Zimbabwean Ministry of Health and in-country administrative support is provided by the Clinton Health Access Initiative.