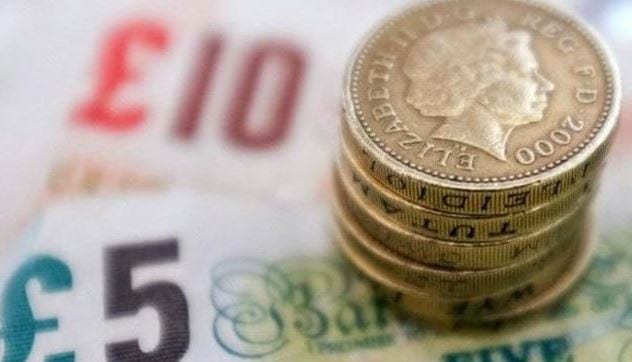 Over the next few weeks we will be sharing some case studies of our academic research from across the Bristol Business School. This case study looks at Professor Felix Ritchie’s research on the minimum wage.

Research conducted at Bristol Business School on the UK’s minimum wage has significantly influenced how the government sets its rates for entry-level pay. By helping shape policy decisions, and redesigning some national surveys about pay, the work has led to direct impact on the wider community.

“Wage levels are extremely important – the difference of a few pence on a wage may be negligible to an employer, but for someone on the breadline working 40 hours per week, this can make a big difference,” says Dr Felix Ritchie who leads the research.

Dr Ritchie is Director of the University’s Bristol Centre for Economics and Finance (BCEF) and is an authority on non-compliance with the minimum wage in the UK and on the quality and use of labour market data.

He and UWE Bristol colleagues Dr Hilary Drew and Dr Helen Mortimore (both Human Resource Management experts) have worked extensively with the Office of National Statistics (ONS) and the Low Pay Commission (LPC). Their work has looked to establish whether results from national surveys on minimum wage paint a true picture of the minimum wage landscape. This in turn allows governments to monitor more accurately how the rate affects employment.

The team has discovered that survey results on minimum wage often do not tell the whole story. Based on statistical analysis and interviews, they have found that both employers and employees tend to round up or reduce rates to the nearest whole number when answering survey questions about pay.

This means that a wage set at, say, £7.05 can lead employees to report it as £7 on a survey, which inaccurately implies employer non-compliance. And if the wage level is below a whole number (e.g. £6.93), the employer tends to round up the figure, meaning statistics inaccurately show a higher number of employers paying over the minimum wage.

Based on these findings, Dr Ritchie and his colleagues have made a recommendation to set a rate that is easier to use in calculations. In 2014, this directly influenced the government’s decision to set the wage at £6.50, which subsequently had a direct impact on how employers reported their pay in surveys, and led to more accurate statistics.

The researchers have also found that employers who are non-compliant in paying the minimum wage – especially when remunerating apprentices – often do so unintentionally because of a lack of knowledge about wage structure. For instance, minimum wages are usually based on age, but employers are sometimes unaware that apprentices over 18 are eligible for a higher wage once they complete their first year of training.

“Apprentices trust Employers, who think they are doing the right thing but many don’t know or understand the rules. This means that if something goes wrong, there may be no mechanism for correcting errors,” explains Dr Ritchie.

The experts also found that while surveys indicated that up to 40% of apprentices appeared to be underpaid, the true figure was closer to 10-15%. Based on interviews with apprentices, the team attributed this inaccuracy to the poor survey wording. Dr Hilary Drew explains: “We found that the apprentices had problems filling information in, and we wouldn’t have known this just by looking at the statistics.”

The team therefore suggested ways to modify the questionnaire with more accessible questions so results would better represent apprentices’ knowledge of hours and pay. This was implemented in a brand new survey.

Overall, the team has developed an excellent reputation in the area of wage level statistical analysis. As a result, the LPC and other organisations often call on Dr Ritchie and colleagues as experts to comment on minimum wage policy.

Felix is an applied economist with an interest in government data, labour economics, data management and security, statistical disclosure control, privacy and identification, decision-making policy in the public sector and alcohol and drugs policies.