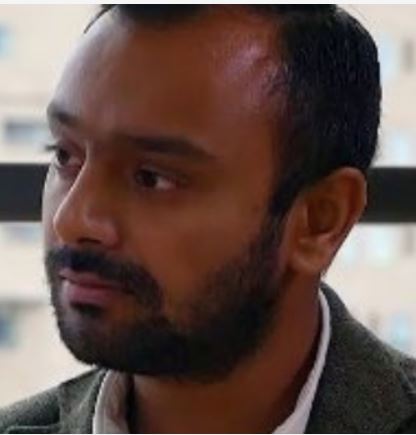 “It is clear from the evidence we have collected that 1 June is simply too early to go back. By going ahead with this dangerous decision, the government is further risking the health of our communities and the likelihood of a second spike.” (Sir David King, Independent SAGE Group)

This blog post could end there, but given the high stakes, it’s worth pondering more…

Teachers and their unions have been robustly rallying against the Government’s decision to re-open schools as early as June 1st. Some sections of the press and government ministers have revisited Michael Gove’s characterisation of these opponents as the “Blob”, who according to the Daily Mail is

“made up of political opponents, union barons and local government administrations – is colluding to sabotage the reopening of schools.”

In 2013, I was one of the 100 academics who signed a letter against Gove’s damaging curriculum reforms, and this time it’s even more serious, so much so that the neutral British Medical Association (BMA) have supported the call from the Independent SAGE Group to keep schools closed for the time-being.

The ISG’s opposition to 1st June re-opening of schools came after a meeting, which included Mumsnet, and supplemented by rigorous advice from expert educationists. Professor Sir David King concluded that there is almost zero chance of conditions being reached for a safe reopening of schools on 1 June.

The report makes clear that decisions on school re-opening should depend on low levels of infections in the community and the capacity to respond quickly to new infections through a local test, track and isolate strategy. We are not there yet.

Although children are less likely than adults to get ill, they are still transmission agents. Even the DfE advice seems to reflect this concern:

“Some studies suggest younger children may transmit less, but this evidence is mixed and provides a low degree of confidence at best.”

So, a child carrying the infection but not showing symptoms could spread it unnoticed to other children and staff, and it could then reach family members with existing medical problems as well as older relatives. The collateral damage could be fatally serious.

The Government have been keen to stress that their decision was about ethics stating that working class children are being disproportionately disadvantaged because they do not have the learning resources that children from wealthier families have for home schooling.

But the ISG report stresses that rather than rushing to re-open schools, it would be safer to provision computer equipment and offer distance learning. When the conditions are appropriate, outdoor (where transmission is minimised) summer activity schemes, including educational “catch up” sessions would be a viable option.

The current situation opens-up existential questions about how we conceive of education.  We in the Reclaiming Schools network have (long) argued that it is necessary to take a rounded view of children’s needs, not just getting children (back) behind desks.

Education should be geared for developing children’s social, emotional, and wider characteristics. In this context, one could imagine a school strictly adhering to social distancing being harmful for children. Stories of nurseries and reception classes having to remove all toys for a June 1st re-opening are clearly being forced to create an environment devoid of richness.

Furthermore, the Government instruction to get the youngest children back first is questionable. In most nations in the world, the school starting age is 6 or 7, so very few children of nursery and reception age are actually in school.

Mental health problems in children are always much lower in countries with admission at age 6 or 7. Children have had the chance to be children, and without baseline testing (followed by high stakes tests at 7, 11, 16 – England tests more than any comparable country).

There is a strong case to postpone national standardised high stakes testing, it would provide an opportunity to evaluate the impact of tests on children and teachers.

In any given year, around 15% of teacher leave the profession just after 12 months, and over 30% leave within 5 years. In most cases, that’s 4 years of education/training to find out that teaching is not only hard work, the external pressures of tests and league tables make it mentally and physically damaging, ultimately impossible.

Beyond and C-19, we need to reclaim education to make it progressive and socially responsible, and a National Education Service provides a vehicle to do this.

Dr Alpesh Maisuria is Associate Professor of Education Policy in Critical Education at the University of the West of England. He writes widely about issues of social class, educational policy, neoliberalism and Marxism, as well the proposal of the Nationalised Education Service; academy and free schools; private schools; Swedish social democracy and class. This blog post is written in a personal capacity.