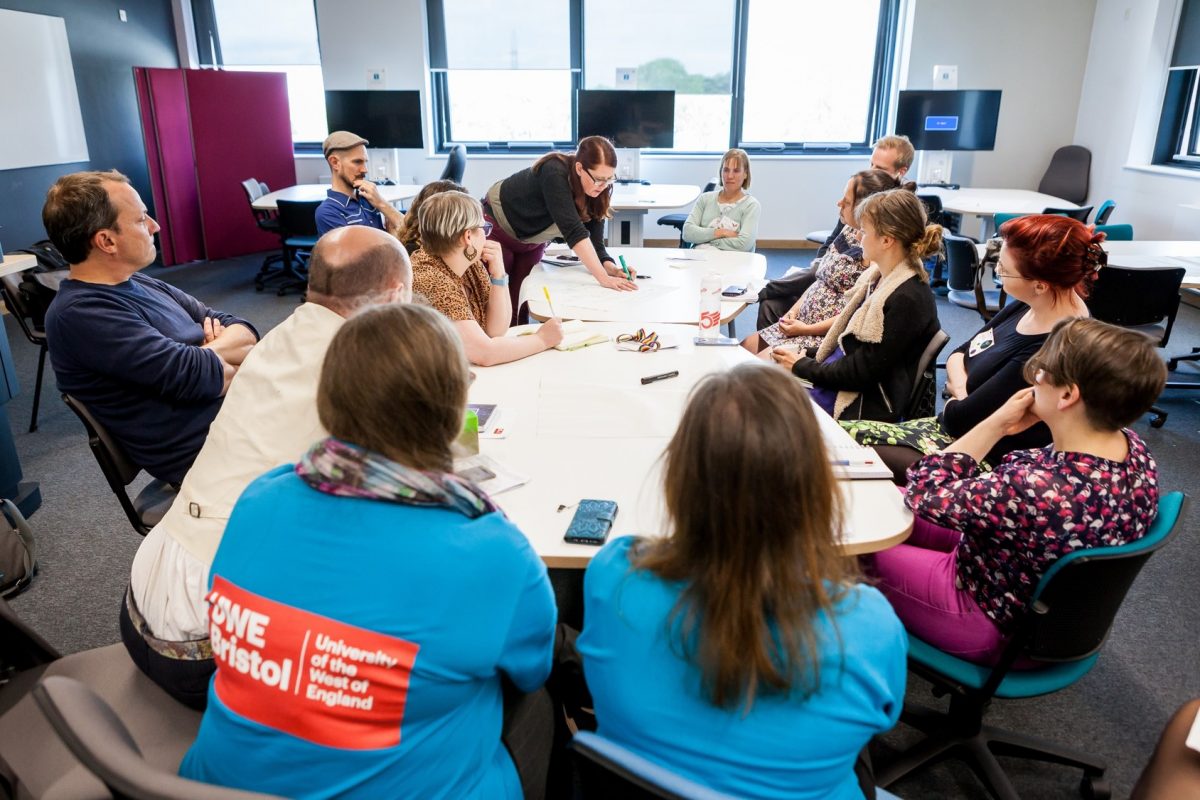 The Sci Comm South West Conference 2019 attracted over 100 practitioners and researchers based across the south-west (very loosely defined!). The success of the conference and the energy in the room proved that there is a huge appetite for a ‘devolution’ of the London-centric science communication network. After all, so much happens outside of the M25!

Delegates were given the opportunity to explore what a network of science communicators in the south west of the UK might look like in a session led by Angela Cassidy, chair of the UK-wide Science in Public Research Network.

Many questions were posed: what is the benefit of a regional south-west network? How do you bound ‘the region’ (someone suggested North Wales as a part of the south-west) and ‘science communication’? What is the preferred format? Who will take the lead?

We started with discussing the value of creating a professional network. Everyone in the room understood the importance of shifting the attention (and bidding capability) from London, but how do you define a region? How far can people travel? What places do they identify with? How to deal with unequal dynamics between cities and countryside?

Secondly, we deliberated the purpose of the network. In the most pragmatic sense, there is a great benefit to being ‘bid ready’ – having a space to discuss ideas and form teams before the calls are being announced. However, would running a purely funding-oriented network compromise its potential to create truly innovative ideas?

We spent about an hour mapping the relevant events, organisations and places. With the wide geographical spread, broad understanding of ‘science’ and multiple thematic networks-within-a network, what is the real value of a south-west network? While we haven’t reached a conclusion, two ideas we flagged up were:

In the meantime, keep an eye on the Science in Public website and get in touch if you want to get involved or have some ideas for network building activities.