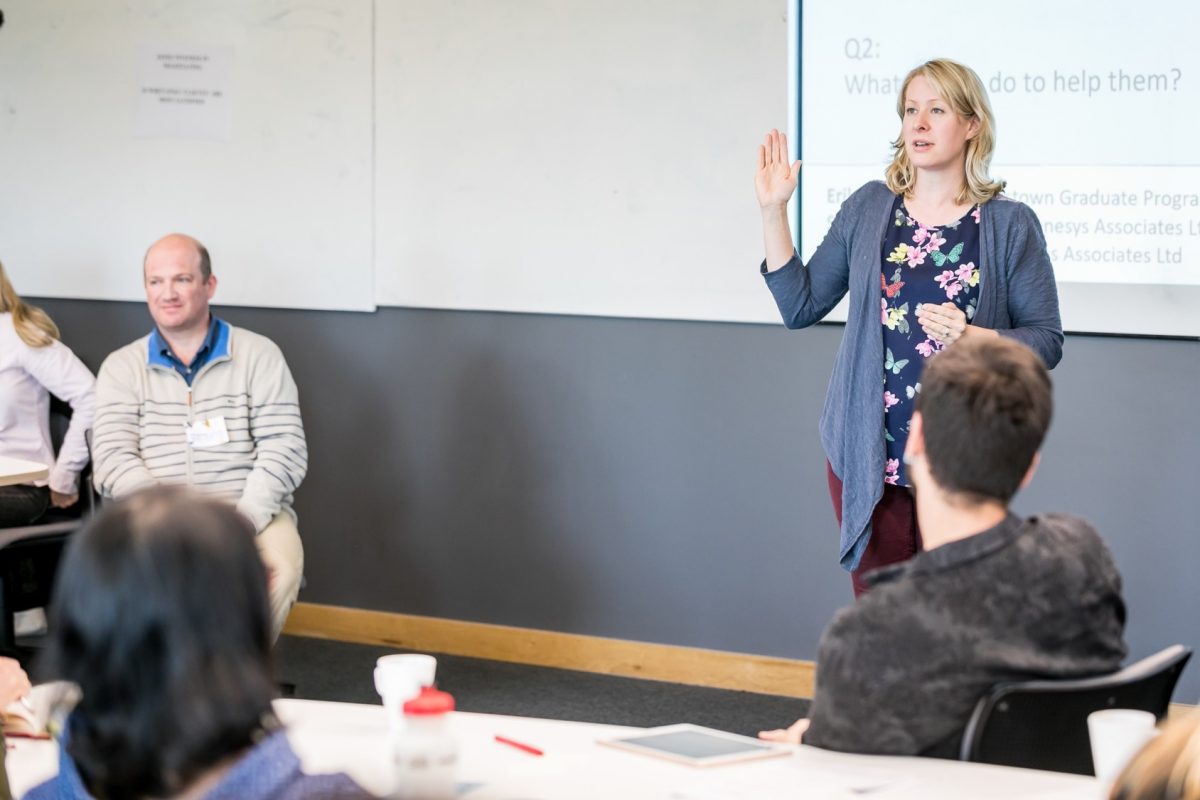 What language can we use to create inclusive environments in science communication? How might letting go of expert knowledge benefit underserved audiences? Delegates attending the Sci Comm South West 2019 conference at UWE Bristol were asked to crowdsource solutions to these issues at the ‘Letting go of what is not serving us’ session. Both questions generated animated group discussions resulting in several potential solutions.

What is in a word? Kate Baker and Silvia Bortoli, University of Exeter

Science communicators have learned the hard way that labelling groups of people is difficult and, more often than not, inaccurate. Language can be very powerful in setting the scene and defining the foundations of relationships, particularly when carrying out research.

During this first part of the session, participants were asked to consider the word ‘non-academic’. A seemingly innocuous word which is actually quite value-laden. It hides the expertise that exists outside universities and research centres and highlights what people ‘are not’ rather than the skills and knowledge that they may have. It has the potential to alienate.

So what advice did our science communicators have?

There was an overall recognition that the term ‘academic’ is problematic, with a suggestion that should be replaced with ‘researcher’ as this is more active and more accurately describes what they do. Some suggested alternatives for ‘non-academic’ were:

As science communicators we are acutely aware of the importance of knowing your audience. When developing public engagement or outreach programmes, science communicators may be asked to liaise between scientists and organisations who work closely with the audience. These organisations can include charities, schools and community groups. In these cases it is important to recognise that specialist organisations know their audiences extremely well and are often best placed to tailor a public engagement activity. Scientists and researchers are often reluctant to allow individuals and organisations, with little or no prior knowledge of the science, to plan or deliver the public engagement activity.

In light of this issue the second part of the session asked: How can we help scientists let go of their science and allow experts in the audience to run an outreach or public engagement activity?

So what are the top tips from Sci Comm South West delegates?

Alongside these recommendations, all delegate groups recognised the importance of trust between scientists and audience experts, and that the best way to achieve this was though collaboration and building relationships.