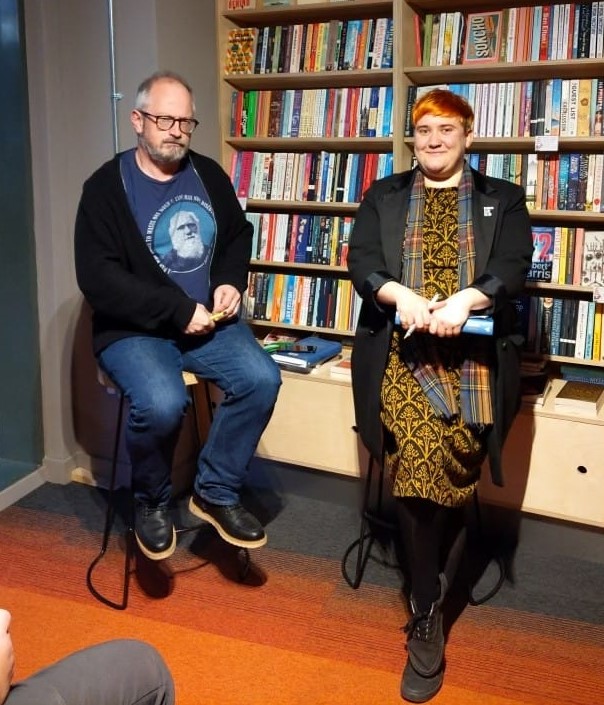 Robin Ince is now renowned as “the science guy” of comedy. From The Infinite Monkey Cage on BBC Radio 4, to his huge cabaret-style shows with Professor Brian Cox and a whole host of scientists and comedians performing at venues as big as the Royal Albert Hall. With all this, he is possibly one of the biggest names in science communication in the UK and has recently written a book, The Importance of Being Interested, where he explains his long journey from being a child bored by science, to a comedian whose interest in science has grown to be career-defining.

The first time I saw Robin Ince was back in 2008 in a dark basement venue below a cinema in York where I regularly attended comedy gigs as an undergrad. At that point, his shows didn’t have the primary theme of science, but there was interesting bits of evolutionary theory peppered in to his set which I’d never heard in a comedy set before. I was a linguistics student myself, and a stand-up comedy nerd who had long ago decided, despite being quite good at it, that my love of science was very much secondary to my love for language. But something about Robin’s interest and enthusiasm got to me, and among his shows and a host of public engagement events around the 200th Anniversary of the birth of Charles Darwin, I started to wonder if I hadn’t made a terrible mistake in rejecting a future in science.

I distinctly remember at this time lamenting to my personal tutor in the linguistics department that I was struggling with feeling like I should have gone in to evolutionary biology. I remember her considering this before asking me if I knew evolutionary linguistics was, in fact, a thing. The study of how humans evolved to communicate using language. I didn’t, but as soon as I was aware I was hooked and ended up doing my master’s degree in language evolution and ultimately a PhD on the topic. In that moment, I found my “thing”, and I can’t imagine my life without it now. In many ways, I think I only made the choices I did because of Robin Ince raising evolutionary topics into my consciousness at a time when it wasn’t too late. In science communication, we often talk about the objective of raising the “science capital” of children to try and get people to feel like science is “for me” at an age where it can still affect their subject and career choices. I feel like Robin Ince pushed me into that space at the very last second when it could have still affected my career. And now, here I am, a lecturer in science communication who researches, among other things, science comedy.

Recently, I had the pleasure to interview Robin Ince to mark the publication of his new book. In the interview, we discuss in depth the role of science fiction in engagement with science, the role of comedy and cabaret in the communication of science, and attitudes towards offense in both science and comedy. You can listen here: