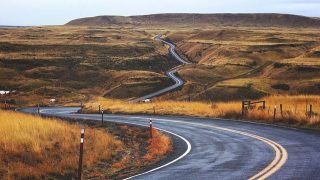 How do you get your first job in science communication? That’s not a straightforward question to answer – when it comes to science journalism at least. My experience of working in the industry showed me that having some kind of experience – either in the form of a placement or a few articles published – can be invaluable. Just as important as any qualification, in fact. And if you’ve won some form of recognition for your writing – perhaps through a competition – that can have a big impact on your job prospects too. It’s probably not too much of an exaggeration to say that there are as many routes into science writing as there are science writers.

It’s out of this experience that the UWE SCU Science Writing Competition was born. Targeted specifically at those who haven’t had popular science writing published before, it is now in its second year.

Given its target audience of new writers, this year we (the SCU that is) decided to provide writing advice in the form of blogs from the judges and other respected science writers, including one of last year’s winners – Emily Coyte .

There were another couple of important additions too, including a partnership with the Royal Institution – an organisation with a track record for nurturing new talent – and a survey of the competition participants aimed at gaining a fuller picture of the opportunities and barriers they face in breaking in to the science writing industry. The survey makes for interesting reading.

For starters, all of the 49 people who took part in the survey (out of roughly 90 competition entries) said they were interested in a career in science writing in some form – some as full time writers or editors and others envisaged writing as a sideline to a career in research science. Many participants were students and most (almost 90%) had not had any form of science writing training. Of those who hadn’t had training, a fairly high proportion (45%) said they were not aware of any training courses.

However, it’s where the responses to this survey – from those who want to be science writers – are compared with the responses from another survey we conducted – from those who are already science writers – that things get really interesting. But this isn’t the place to go into any detail on that – there will be more on that later. So watch this space…

As for this year’s science writing competition, the shortlist has now been drawn up and the judges will meet in August to decide the winners, who will be announced on 1 September 2016.