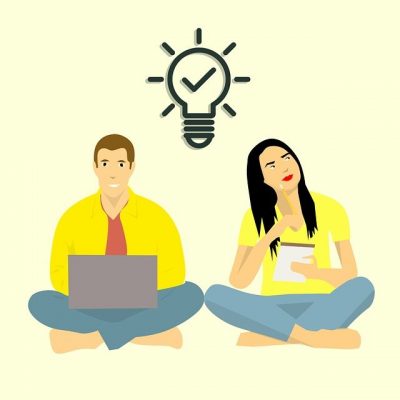 The ‘leaky pipeline’ has been in the press again thanks to the now infamous Google staff memo  and the BBC2 programme about ‘no more boys and girls’. Adapted from her original article in the Journal of Science Communication, Laura Fogg-Rogers considers what this has to do with science communication.

To boldly go where no (one or man?) has gone before…

As a science geek growing up in the 1980s, I wasn’t aware of the cultural idea that women who did STEM were considered to be strange. It turns out that this was in fact the tail-end of the gender-neutral movement and indeed I attempted to live my life by the idiom, “To boldly go, where no one has gone before”. It wasn’t until my late childhood that I realised that this was a ‘politically-correct’ adaptation of the original 1960s Star Trek catchphrase, which urged us “To boldly go, where no man has gone before”. It is a subtle word change, but a whole new world of meaning for a little girl with big hopes.

Of course, I have since been thrown out of my utopia and metaphorically crashed into the societal expectations waiting for both myself and my two children (a girl and a boy). Gender roles, expectations, and futures are reinforced in society through multiple interactions every day. Right from day one, girls are given pink dolls and soft teddies, and boys are given loud cars and construction tools. Going against the grain takes exceptional tenacity and strength of character, or perhaps a blinkered view of social norms. This is why we still consider it unusual for men to become nurses or nannies, or women to become mechanics or soldiers (or neurosurgeons in this video).

Is STEM socially acceptable for women?

Humans are social creatures, and more than anything, most of us want to fit in. It is therefore common sense that the things which we see others doing around us, are the things which we want to copy or be part of. The psychologist Albert Bandura termed this ‘social cognitive theory’ (previously social learning theory). This explains how an individual’s learning is not only related to their personal capabilities and experiences, but also by observing others; this can be through social interactions, life experiences, or outside media influences.

Projects like Inspiring the Future show how far we have to go. It is why we specifically recruited women into our Robots vs Animals project to give a 50/50 gender representation, even if it proved controversial . Fundamentally, if girls don’t see women being received positively in STEM roles, then they will never think that STEM is a ‘normal’ thing for women to do.

You can’t be what you can’t see

I therefore argue that if we wish to influence whether it is considered socially acceptable for women to take part in STEM, we need to change the representation of STEM, scientists, and engineers in all aspects of society. The saying goes that ‘it is the straw which broke the camel’s back’, and so it is the everyday ‘microaggressions’ which I believe can make the most difference. We are all responsible for reinforcing gender norms and behaviours, and so we can all make an effort to change!

If we all work together, maybe we really can reach a future where we can ‘boldly go where no one has gone before’!