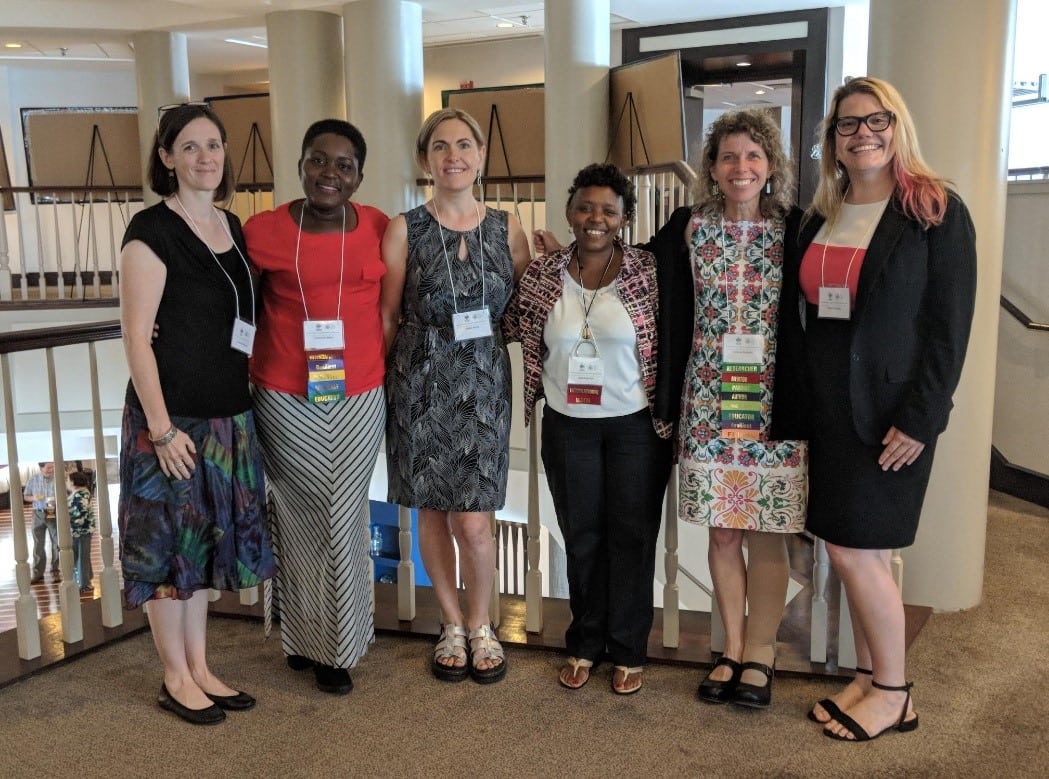 Violence prevention in a Global and Multi-cultural context: UK, US and Kenya perspectives.

Sexual violence has been in the spotlight with dramatic coverage of the abuse of young people in sports settings and institutional care. The prominence and ubiquity of sexual assault, harassment and inequality has been highlighted in global movements and campaigns such as: The Everyday Sexism Project, #MeToo,  and Time’s Up. This widespread social problem has been uncovered in all aspects of society and has caught in its spotlight prominent politicians, movie stars and celebrities, athletes, and members of religious organisations. The Sustainable Development Goals demonstrate a global agreement that gender based violence is unacceptable, however there is inconsistency and a lack of consensus on how to move forwards.

Universities are a microcosm grappling with their own responses to this widespread social problem. A 2018 UK student led survey of 4,500 students from 153 different UK universities found 62% of students had experienced sexual violence at university . In the US the National Crime Victimization Survey which interviews tens of thousands of Americans annually found that ‘sexual violence is more prevalent at college, compared to other crimes. The Royal Commonwealth Society, a champion of human rights, democracy and sustainable development identify a research gap on sexual violence in Kenyan universities with sexual violence, ‘understudied, unreported and unpunished’.

In July 2018 a group of international researchers from the UK, US and Kenya came together in a joint symposium to discuss and debate some of these issues in the International Family Violence and Child Victimization Research Conference. They talked about some of the respective problems of sexual violence in the countries in which they work and live. In essence this symposium considered the extent to which ‘time has run out on sexual assault, harassment and inequality, and what is being done about it’ part of the calling card of the Time’s Up movement.

Julia Kagunda University of New Hampshire and Catherine Bikeri Independent Consultant, Doctors Without Borders presented on sexual and partner violence (SPV) in Kenya universities. They noted that SPV is closely linked to other problematic health behaviours such as alcohol and drug use and reproductive health issues (e.g. HIV, unwanted pregnancy). Their paper discussed an outreach program implemented in 12 public and private universities in Kenya. This program identifies and trains popular opinion leaders (POLs) to promote positive health behaviours. They talked particularly about a promising aspect – Vunja Kimya Campus Project (VKCP) which explored ways in which the silence around SPV could be broken. juliakagunda@gmail.com cathybikeri83@gmail.com

Katie Edwards from University of New Hampshire has been working with Julia and Catherine on this project in a collaborative manner to work toward evaluation of its effectiveness. Katie.Edwards@unh.edu

Helen Bovill from the University of the West of England (UWE) in the UK discussed the development of bystander intervention in the university. She drew particular attention to the everyday normalisation of some aspects of sexual violence such as unwanted sexual touching. She discussed how this was being constructed as a subtle, everyday form of abusive behaviour so that it becomes an accepted micro-aggression. Her paper highlighted how some women changed their behaviours to accommodate male violence and this, alongside a climate of fear, could have consequences of limiting rather than enabling female agency. Helen2.bovill@uwe.ac.uk

Sarah McMahon from Rutgers University presented information about working with diverse ethnic and racial samples of students to understand the impact of exposure to sexual violence prevention messages. She discussed the findings from a study that explored the impact of exposure to these messages throughout middle school, high school, and college and found that the greater the exposure, the more likely students were to report a willingness to step in as helpful bystanders when witnessing situations related to sexual violence. smcmahon@ssw.rutgers.edu

Victoria Banyard from Rutgers University (formally and at time of presentation from University of New Hampshire) presented on bystander action among middle and high school populations in a community in the western plains of the U.S. with a diverse population, including 20% Native American. Findings discussed were students reported varying levels of opportunity to intervene, with opportunities to intervene in more severe instances of sexual violence less frequent than in lower level instances. This has an impact on the types of actions they were willing to take. victoria.banyard@rutgers.edu

This conference has afforded time, space and opportunities for researchers in the field of sexual violence to meet and share current work and practice.  The wider aim is that the work we are doing has a more widespread impact both within and beyond our own institutions and communities; to potentially have local, national and global effect and to break the silence regarding sexual violence. Helen Bovill, Victoria Banyard, Sarah McMahon and Katie Edwards will be continuing this conversation at a further symposium in the Uk, The Society for Research into Higher Education (SRHE) Conference 2018 taking place December 5-7 at Celtic Manor, Newport Wales.

Dr. Helen Bovill, Associate Head of the Department of Education and Childhood Research