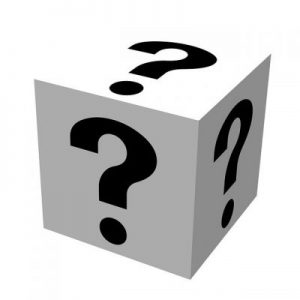 Watching scientists pitching their research projects felt like being in an episode of Dragons’ Den. I sat among a group of fledgling science communicators, tasked with choosing a project to develop into a school science activity. My first assignment as a new student, freshly enrolled on the UWE PGCert in Science Communication, was to create an activity suitable for UWE’s BoxED scheme!

I was paired with Gabrielle Wheway, who studies DNA to understand how mutations in genes alter their function and was awarded a prize for her research on retinitis pigmentosa, an inherited form of blindness. We met over coffee to discuss how I could design a hands-on activity that would communicate an aspect of Gabrielle’s research1 to a secondary school audience within a 45-60 minute session in a classroom environment.

Retinitis pigmentosa (RP) is caused by mutations in the genes that control vision. Most people with RP are born sighted but experience gradual, progressive deterioration of vision as they grow older. Symptoms can begin at any age and there is no way to predict how quickly the condition will progress.

Early signs include difficulty seeing at night and tunnel vision, followed by loss of colour and central vision. Gabrielle mentioned the charity RP Fighting Blindness and I contacted their local support group to learn more about the disease and what it is like for people living with RP.

Over the next few weeks, I started to formulate an idea: my Box would draw on lived experiences of RP and build on four themes in the National Curriculum for Biology at Key Stage 4 (i.e. non-communicable diseases; gene inheritance; impact of genomics on medicine; and uses of modern biotechnology and associated ethical considerations). It would be targeted towards students in Year 10, who could bring in broader perspectives from other GCSE subjects, such as ethics, religious studies or philosophy.

The people from RP Fighting Blindness had shown me some glasses that simulate a type of visual deterioration common in RP. I decided that my a

ctivity would involve experiencing what it feels like to have an altered field of vision. I also wanted to establish a personal connection, and found a short film about being diagnosed with retinitis pigmentosa. Finally, I thought about genes as units of inheritance and how they are passed from one generation to the next. Under the working title “Simon’s Box”, my activity looks at genetics and inherited disease using RP as a case study.

Designing a BoxED activity has been an enjoyable experience. I’ve learnt about the National Curriculum for science, researched good practice in designing exhibitions at Science Museums, and delved into learning styles and education theory. I’ve rediscovered a personal interest in genetics and human biology, and developed something of an affection for RP. And I’m delighted that we are now getting ready to roll it out to local schools and festivals. So, if you’re planning to attend the Festival of Nature or Cheltenham Science Festival in June, come along to the UWE BoxED stand and try out some of our hands-on science activities!

One thought on “Thinking inside the Box(ED)”