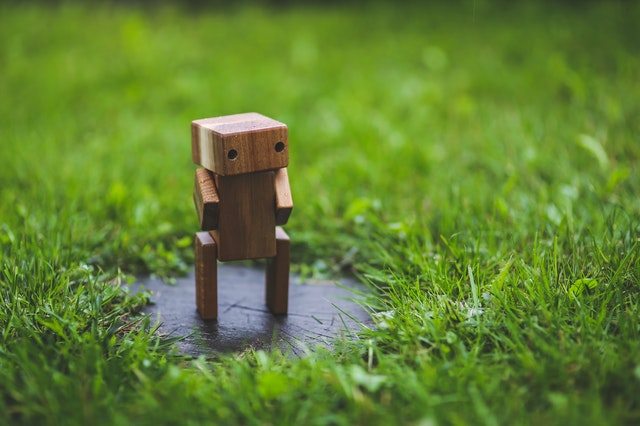 2017 marks the ten-year anniversary since I started working on the Talking Robots project with my former SCU colleagues Karen Bultitude and Emily Dawson. A lot has been happening in robotics since then (you can read a quick summary of some key developments from the last ten years in Robotics Trends) but at the time we were interested in two key questions; What were people’s attitudes towards robotic technologies, and how were publics being engaged around these developments?

Ten years on it’s interesting to consider how many findings from this project are still relevant to public engagement. In one journal article based on this project we took the chance to explore the perspectives of the engagers and researchers involved in a series of different types of public engagement events regarding robotics in a bit more detail. The article ‘Oh yes, robots! People like Robots; the Robot people should do something’, is full of information on some of the benefits and constraints engagers identified in their work. Expectations, organisational aspects and practical issues could have a considerable impact on engagement events, but there were also signs that, a decade ago, engagers were feeling more supported and prepared to engage, and conscious of a desire amongst people to ask questions, not only to learn. We also found that definitions of public engagement, which some have more recently described as a ‘buzzword’, were by no means fixed:

‘Scientists do not operate with one definition of public engagement (Davies, 2008), instead moving between flexible, diverse and disjointed notions suggesting that ‘engagers’, ‘organisers’ and ‘audiences’ alike will change their engagement agendas if and when controversies arise.’ (Wilkinson, Bultitude and Dawson, 2010).

Alongside those seeking to engage, we were also interested in finding out a bit more about the people who participate in public engagement activities focused on robotics. In our article ‘Younger people have like more of an imagination, no offence’  we wanted to know more about why people, publics, you and me, were engaging, where they came from and what they wanted to achieve. This is something researchers are still interested in today. The recent National Academies of Sciences, Engineering and Medicine report ‘Communicating Science Effectively’ highlights that people’s ‘needs and opinions’ can change and thus, over time, effective communication must also be ‘iterative and adaptable’, perhaps no more so than in 2017.

Looking back to 2007 we found that there were lots of reasons why people were attending their local science centre, visiting a science café or participating in a school workshop. Some were attracted by the subject matter, others because it was part of their usual routines. And whilst they often empathised with the researchers they interacted with, they also had clear expectations of them and individual hopes as to what they would gain from an experience. But there were challenges:

‘Participants often struggled to identify how members of the public might participate and contribute their view in engagement settings, though often there was an underlying perception that engagement was considered ‘citizenly’. They identified that certain subjects had a greater relevance to public participation than others, in particular those with societal relevance… The challenge for those engaging publics is thus to effectively communicate the aims of such activities and appreciate the differing notions of role and participation that may exist amongst their participants.’ (Wilkinson, Dawson and Bultitude, 2012).

Some, more recent studies, continue to explore these themes, such as Gehrke’s (2014) interest in ‘existing publics’, and of course, there is now the added edge of the role of public engagement in ‘post truth politics’.

So ten years on are these issues still relevant? In my view, it’s a yes, and yes. We can still learn more about how researchers consider, engage and communicate around their work, particularly as research agendas shift and change, and the culture of engagement matures. And there’s always more to understand about people, how and why they participate, as well as why they don’t. As for robotics itself, there will also of course, be ever emerging developments, some of which will pose philosophical, ethical and social questions in the future. Are we still interested in ‘Talking Robots’, I think so.

Both Talking Robot articles are openly available via the UWE Research Repository: