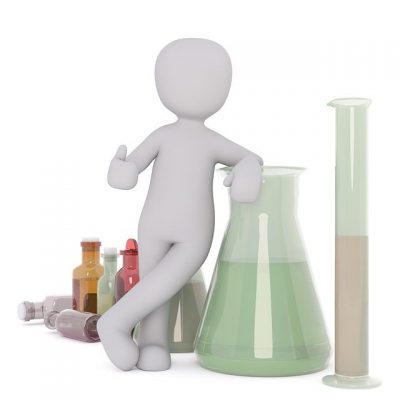 I am writing on the flight that takes me to a conference in Warsaw, which will nicely draw to a close a research cycle that started shortly after I joined the SCU. As part of my job interview at UWE Bristol almost exactly 4 years ago, I said that one of the things I hoped to share was concerns about the role of “fun” in science communication, and specifically in science centres. These concerns had developed during the decade or so I had spent working in science centres and with the media and I felt they needed to be addressed through academic research alongside practitioners.

I am unable to tell exactly when and where I developed an interest in investigating this currently ubiquitous trend of “fun,” but I found I was not alone in this endeavour. I liaised and collaborated with Guillermo Fernández, an engineer and exhibit designer I knew from the times when he would offer his services to the science centre I worked at. We were later joined by Pere Viladot, a very experienced museum educator and since recently PhD in science education. I was also able to draw into the investigation various undergraduate students in their final year at UWE, through their third year project. I must say, as well as ticking the boxes of integrating research into teaching and providing a unique student experience (in that the students did real original research, as opposed to repeat experiments of well-known phenomena), this has been the part that I enjoyed most. It was simply awesome to see these undergraduates doing research work that was often of better quality than what we see in MSc dissertations, and to share their excitement at seeing their work being accepted and presented at international conferences.

Scientists see their work as fascinating, intriguing, exciting, interesting or important, but not “fun.”

So, quite early on, student Megan Lyons explored the perception of the “fun” in science by people at different stages of their scientific career, showing that with time and experience “fun” becomes less and less of an adjective used to describe their work, and that there are many other words that are preferred in its stead, such as “fascinating, intriguing, exciting, interesting, or important”, to name but a few. We presented this at a conference in Lodz (Poland), where people involved in Childrens’ Universities met to discuss their practice. It was quite an eye opener to encounter such a lack of understanding of what I was saying, and in the lively Q&A session I kept having to repeat again and again what we were warning against (conveying the message that science is fun) and what we weren’t (making science teaching and communication as fun as possible).

In the context of science centres, undergraduate student Hannah Owen had already explored whether science centres are actually addressing and providing opportunities for “dialogue” between science and society. Her analysis of At-Bristol and Techniquest that concluded that indeed they are not, and that the only attempts to do so are through activities and events, not through the exhibitions. This was presented at the 2013 edition of the Science in Public Conference in Nottingham and recently selected for publication in the Pantaneto Forum.

Science centres have tried and failed to understand their own role… and it sends out the wrong message about science.

This provided another example in which to understand how science centres have tried and failed to find a way to understand their own role, focusing on “fun” being just one more of these attempts. Reflecting on this we have been able to identify various “wrong messages” that are conveyed in this way: it sends out the wrong message about science communication (deterring scientists from engaging in it), about science (as being a scientist is definitely not about having fun), about science education (as it seems one has to go out of the classroom to have fun, the conclusion being that class is boring), about science centres (as they become a venue of entertainment only, displacing from them valuable approaches such as inquiry based learning, for which they are an ideal venue), and about children (as it condescendingly assumes they would only engage in things that are fun).

We presented these reflections at the EASST 2014 conference in Torun (Poland) and to Physics teachers at the TPI-2015 (Teaching Physics Innovatively) conference in Budapest, where undergraduate student Jessica Tee complemented the research with the outcomes of her final year project. She confirmed that science centres are indeed a valuable educational resource, thus reinforcing the message that this is not something they should lose at the expense of concentrating on providing “fun”.

Science centres need to return to the long forgotten principles of museology, which is the language they speak and master.

Now in Poland I will present all this to the science centre community, which were the only players of the field to which we had not yet had the occasion to communicate our proposal. We think that instead of “fun,” science centres should focus on what they do best and constitutes their core business, namely exhibitions. To do so, they need to return to the long forgotten principles of museology, which is the language they speak and master, just as movies use the cinematographic language. This means that museologists need to be engaged, something that does not currently happen. In the educational front, science centres could use such well-designed and conceived exhibitions as the “field” for data collection in inquiry based learning. Again, to do so they need a shift in their hiring: this needs highly qualified educators instead of – or at least in addition to – museum explainers that are volunteers, interns or other temporary staff. The alterative is science centres trying to compete with other venues or options in what these others do best (fun, entertainment, multimedia & audiovisual communication etc…), hardly a promising prospect in the long run.

Just two days ago we submitted an article about this to Ecsite’s SPOKES magazine, and another one in more detail is about to appear in the Spanish Journal of Museology. Together with the presentation in Warsaw they constitute a satisfactory culmination of this collaboration. As the plane prepares to land (and I am asked to switch of this tablet), I can’t help enjoying a sense of achievement and starting to look forward to the next research cycle on which I will report in due course…

Erik Stengler is a Senior Lecturer in Science Communication at UWE.
@eriks7

4 thoughts on “Science communicators need to get it: science isn’t fun.”