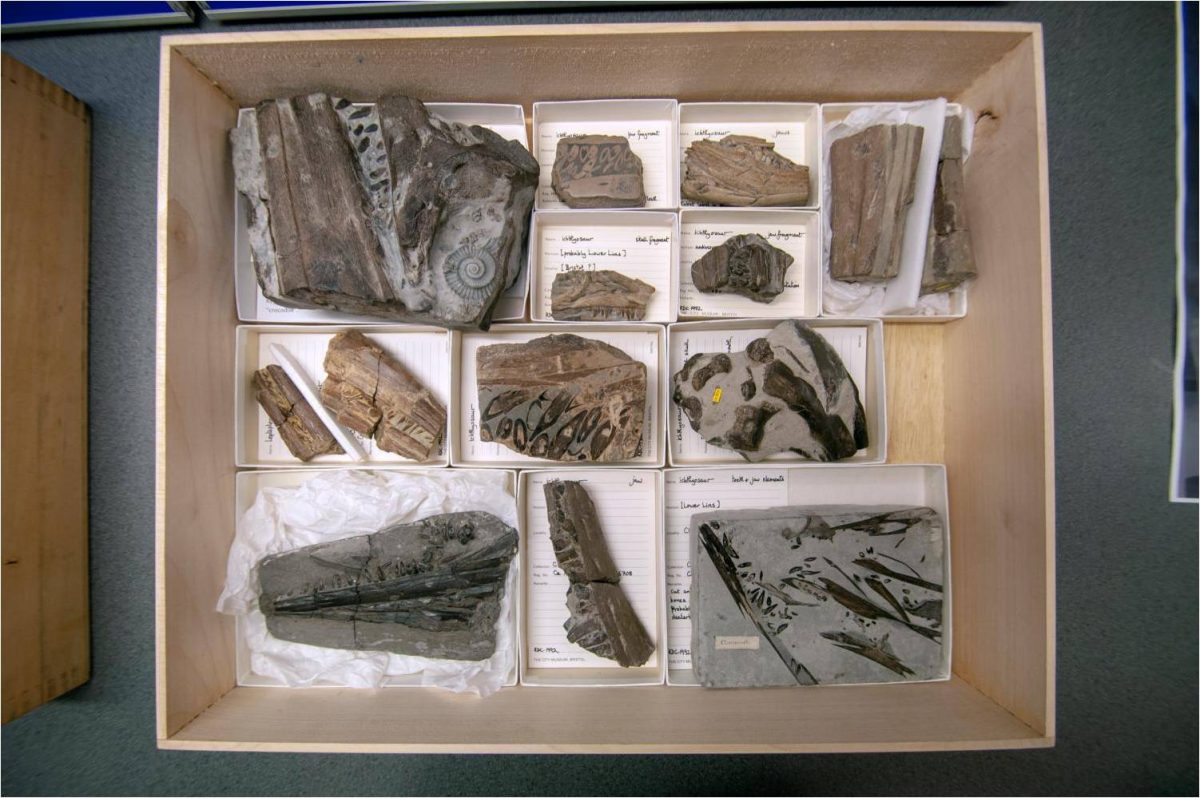 MSc in Science Communication student, Chloe Russell, describes their recent visit to Bristol Museum and Art Gallery as part of the Science, Public and the Media module.

It’s not every day you get to go behind the scenes at Bristol Museum and Art Gallery, and hear all about the interesting research that is underway.

We spent the morning with Isla Gladstone, a senior curator at Bristol Museum, learning about the museum’s action plan and ambitions. In the morning, we were given a group exercise to pick an audience and create a science communication led activity based on the taxidermy animal we were given. The groups were given a kiwi bird (Apteryx mantelli), a shrew (Soricidae), a couple of toads (Bufonidae), and an Eurasian jay (Garrulus glandarius). Through this exercise we found out that Eurasian jays are as sociable as dolphins and kiwi birds have enormous eggs! Seriously, google it.

You often see big doors in museums saying ‘private’ and it leaves you wondering what sort of wonders could be behind those doors… Well believe you me, it’s everything you could have dreamed of. Think ‘Night in the Museum’ with Ben Stiller. We met Geology curator Deborah Hutchinson, who led us down into the basement via a public floor of the museum, but not before we were warned of the low oxygen density and potential to faint in such conditions. These air settings are under high control to manage the artefacts’ quality.

It was very exciting indeed, one step into the basement of wonders and I noticed my first gulp of air was tighter than usual. It felt like the air I was breathing couldn’t reach the bottom of my lungs unless I took a longer, deeper breath. This must be how people faint! Soon this feeling evaporated and we were left in awe of the countless, brilliant objects in the Geology stores. I say countless, but there is a margin of a million objects in there… Drawers and drawers and drawers of ‘Jurassic’ labels, skulls and bones of pre-existing dinosaurs strewn near and wide. So many incredible fossils, minerals and stories to be told including Bristol diamonds, which are in fact none other than quartz!

After our tour in the Geology store, we were led to the Natural History store. Immediately you were met with a cheetah (Acinonyx jubatus) holding its prey just above your eye level. Led by Natural Sciences curator Rhian Rowson, we were guided through the narrow hallways, walking single file, listening intently to some of the stories behind the collection. There were a couple of house sparrows (Passer domesticus) pulled out of their drawer, one was darker than the other, and to our shock it was due to the coal in the air during the industrial revolution. Researchers can use the darker house sparrow as an indicator of the extent of air pollution during this time.

What really amazed and humbled me were the personal touches within both collections. The hand written labels, hand thrown plastic covers over the odd elephant skeleton in the room… it felt very homely. There wasn’t a need to present the spaces as squeaky clean galleries, which you see so often. I did however, walk backwards into a deer, which between me and the deer, I’m not sure who was more startled. There was a feeling of genuine character, care and comfort of stepping into these narrow hallways and oxygen thin walkways. For someone like myself, with a keen interest in geology and natural history, this trip was a massive privilege, and I’m very fortunate to take my camera along with me.