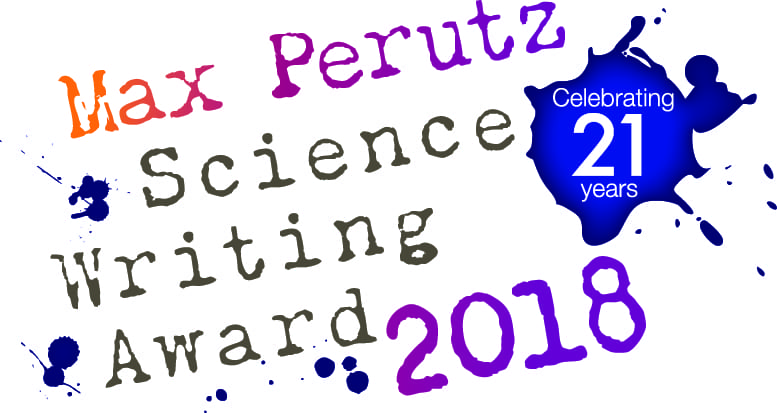 The winner of the Medical Research Council’s (MRC) 2018 Max Perutz Science Writing Competition has been announced. The competition, now in its 21st year, was open to all PhD students funded by the MRC and entrants were tasked with writing about their own research, explaining to non-scientists why their research matters in just 800 words. Since the competition started in 1998, more than 1,000 researchers have submitted entries and taken their first steps into science communication.

This year’s winner is Natasha Clarke of St George’s, University of London with her article: ‘How artificial intelligence, and a cup of tea, could help diagnose Alzheimer’s disease’. Briet Bjarkadottir, of the Nuffield Department of Women’s and Reproductive Health at the University of Oxford was the runner up with her article: ‘Stopping the conveyor belt – cancer and fertility’. Fraser Shearer, of the Centre for Cardiovascular Science at the University of Edinburgh, was commended for his article ‘Keep calm and carry to term’.

Andy said: “What really shone though in the shortlisted entries was the power of telling a relatable, human story when explaining the importance of medical research. By showing how a disease or condition impacts an individual and how this new treatment will change their lives, it conveys the impact of the research in a powerful, engaging way.

“It was a pleasure to read all the shortlisted entries and there are some gifted writers in the field.”

The awards were announced at a ceremony at the Royal Institution on 25 October by the MRC’s Executive Chair and Chair of the judging panel Professor Fiona Watt, alongside Professor Robin Perutz, son of the late Max Perutz.

Fiona said: “It has been a great pleasure to chair the judging panel of this year’s Max Perutz Award.

“The competition is a great way to highlight to early-career scientists the importance of science communication and to showcase their work.  This year we received a record number of entries, from about 10% of MRC-funded PhD students.

“The topics of the winning articles are artificial intelligence and Alzheimer’s disease; cancer and fertility; mental health, depression and stress. I’d like to thank everyone who entered the competition – the judges had a tough time making the selection. Our PhD students do a brilliant job at bringing their research to life – using everyday language, rhetorical devices and personal anecdotes.”

All of the short-listed articles, including Natasha’s winning entry, are now published.