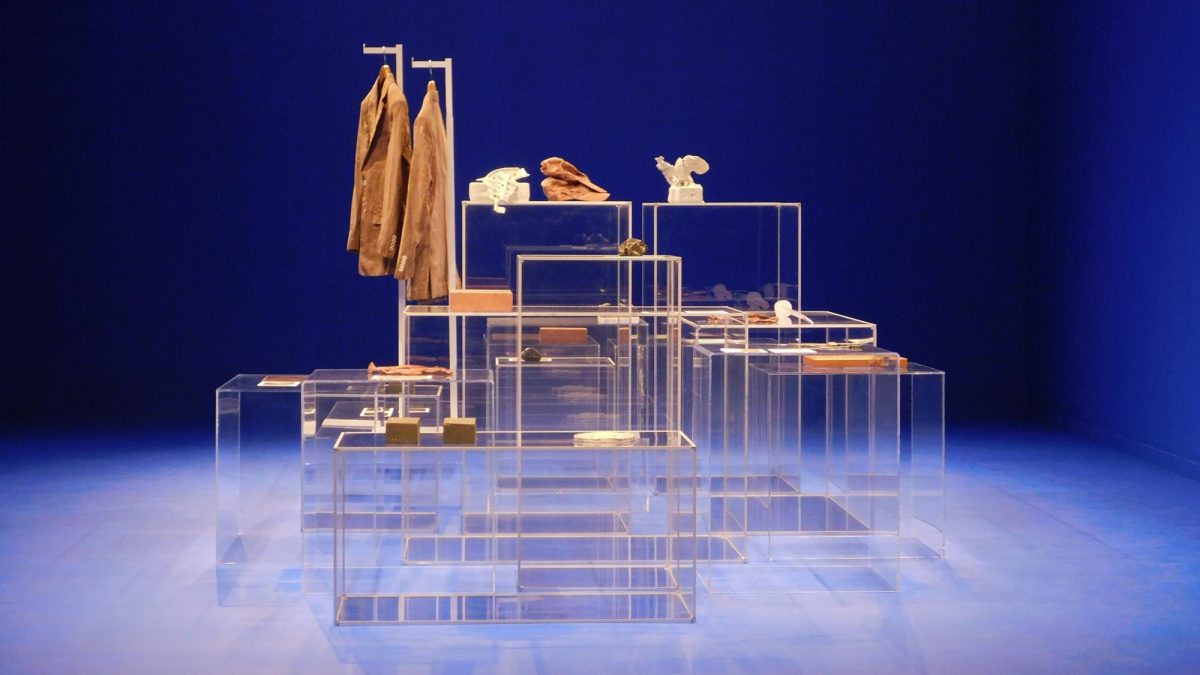 This blog post was originally published in Spanish and Catalan, and we thank our former SCU colleague Dr Erik Stengler, for sharing the English version with us here.

Just a few hours ago, one of our authors (Erik Stengler) instructed his first class through an “alternate mode of delivery”, with students attending from their homes. He is one of so many who have always been reluctant towards online teaching. At least with synchronous delivery it wasn’t that hard after all – recording classes for asynchronous delivery would have been a much bigger challenge for him. This is actually surprising, because Erik is someone who feels quite at home in TV studios and even presented his own TV show for children. To understand this, it is important to realise that even though shooting a TV show and recording a class may look similar externally, they are conceptually very different. In a TV studio everything is geared towards creating an audiovisual product whereas recording a class entails translating a product from a completely different context into the audiovisual language. For a TV show, it is part and parcel of the format that the audience will enjoy the product sitting at home on their sofas in front of their TV sets completely removed in time and space from what is recorded. For a recorded class this separation is an extraneous element that will require that the translation somehow makes up for the absence of the human contact and social interaction that is inherent to education. No wonder that the best educational TV shows look nothing like a classroom delivery broadcast or recording on camera.

Museums, in the unusual and unexpected current circumstances of isolation and social distancing, are also choosing or rather being forced to come up with online and virtual modes for visitation. Many have been doing this for a long time, but having to close the doors has been the final spur for many to join in the exploration of this option. Some voices have already raised concerns about whether there will be such a leap in the quality of virtual visits or collections that in-person visits will be perceived as superfluous and ultimately visitor numbers will never recover after the COVID-19 crisis. If the future is digital, will museums ultimately be replaced by digital collections altogether?

As Nina Simon reflects, perhaps this deluge of online museum offerings is more the result of the need for a rapid response, to show that we are “doing something” than the outcome of a reflective process about what is happening and how museums should respond to the new challenges. This would not be a surprise, since a lack of strategic planning is a recurring issue in a sector that is often pushed to rush into executive action.

Here we wish to shed a ray of hope for museum professionals, pointing out that virtual museum visits will not replace in-person visits. The key lies in understanding that the museographic language is autonomous and independent of other communicative modes such as the audiovisual, and that it has its own assets and resources that other languages do not have. As explained in The Transformative Science Museum, these assets and resources include sharing a space with the exhibit and engaging in social interaction and conversations.

There is a generalized tendency to think that new technologies will replace existing ones, even though there are plenty of relevant examples to the contrary. In the 1960s, the popularization of photography led many to think that painting would soon disappear. In the 70s, the proliferation of TV sets was feared as the demise of radio. Powerful computers were seen in the 80s as a threat to games likes chess.

Museums are singular spaces. Their mode of communication is based on their own language: the museographic language. This language is characterized by several endemic communicative resources, based on real and tangible objects and experiences. These are presented, rather than represented – which makes for an asset that is all the more relevant in the day and age of the virtual. As mentioned, this is complemented seamlessly by the social experience that is so inherent to a shared museum visit, with conversation as the main common thread, within the context of many other modes of interpersonal relationship that can even include physical contact. In all, only in a museum is it possible to live an intellectual experience that engages visitors in this particular way that cannot be replaced by other languages. Museums are a unique and therefore necessary mode of communication.

Audiovisual technology has not always been introduced in museums in a balanced way that is respectful of the singular nature of the museum experience. Even before the arrival of infographics, virtual reality and augmented reality experiences, this already happened with the introduction of audio guides. These devices require individual use, and while they can certainly have interesting uses in a museum, they can also remove all chances of interpersonal communication and conversations within a visiting group. It was posited at some point that audio guides could even substitute well prepared and enthusiastic museum educators. Needless to say, museums can and should adopt new technologies, but they need to keep in mind that museums already have their own technologies with potential to be developed without having to borrow from other languages, such as the audiovisual, unless it is done in a measured and well-thought-out manner, and always as an auxiliary and not a core resource.

Often museums contradict themselves in this regard. Many museums and exhibitions have fully embraced new Information and Communication Technologies, in a manner that shows little knowledge of the characteristic features of the museum experience, and reduce it to a very naïve caricature. Some exhibitions are very difficult to tell apart from a Samsung showroom. We will not discuss here the lack of social relevance of such expensive products – luckily their heyday is already in the past and they are gradually being superseded.

Aquariums[i], for example, would never even dream of replacing their successful tanks full of marine life by video recordings, no matter how technologically sophisticated these views could get to be. We are not denying that a virtual visit to a museum can complement a museum’s own communication mode, or bring it to new audiences, but it will never be able to replace it. Otherwise we would have to think that the wide availability of photographs and videos of all corners of the world over the Internet could replace travel. Rather, the opposite has happened, as they have sparked widespread interest in tourism.

Of course there is such a thing as a virtual museum. Just as there are virtual cuisine and virtual sex. As said, such approaches can complement a museum experience but, even though they are valuable in their own way, they cannot naively claim to be offering the same experience by replacing through new technologies precisely those aspects that these new technologies are unable to offer.

So, while we are confined, what are we doing to respond to the challenges that museums are going to face in the future? Why don’t we use this valuable time forced upon us by COVID-19 to pro-actively reflect, though telecommuting and videoconferencing, on how we will transform ourselves in order to become agents of transformation and the cultural leaders that contemporary museums are called to be in their communities? Or are we going to just respond reactively to whatever comes next?

[i] Aquariums, together with zoos, were explicitly included in the definition of museum at ICOM’s 11th General Assembly held in Copenhagen in 1974. Therefore, and independently of one’s personal views about these organizations, it is accurate to fully consider aquariums and zoos part of the museum sector.