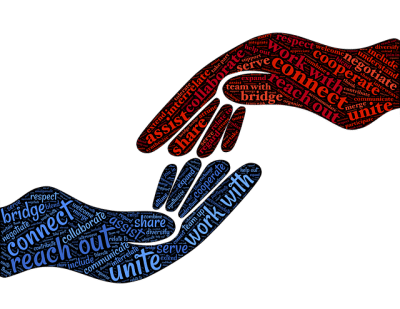 What happens when social scientists and natural scientists start to work together? Clare Wilkinson summarises her recent research.

As a social scientist whose research has spanned a range of scientific issues, from genetics, to nanotechnologies, robotics to the environment, I’ve always been intrigued to think about the roles that social scientists play when they are working in cross or interdisciplinary settings. A few years ago, with the support of some funding from the British Academy I had the opportunity to consider some of those roles, as well as their benefits and challenges with a small group of interviewees based here in the UK.

Why then? It was a timely opportunity to talk to social scientists about these topics. The social science community was really starting to consider how it demonstrated impact, serves a real purpose and has a role to play in the types of large-scale interdisciplinary research projects that now seem so common. Examples like The Campaign for Social Science and the LSE Impact blog were spurring social scientists to think critically about disciplinary relationships and influence, and I was interested to explore some of these themes within this small piece of research.

21 social scientists participated in the interviews, and they were working at a variety of career stages and in a range of different areas associated to science and technology. It was clear from the data that they found working in the field inspiring, thought provoking and fascinating, and that collaborating with scientists is often essential when you are interested in some of the social ramifications science potentially creates. However, they also expressed challenges in collaboration. Creating shared languages and understandings of the differing disciplinary approaches was often the most obvious, and this is of course not isolated to working with scientists, the language and approaches used in the social sciences can often be as daunting to ‘outsiders’ as that used in any other academic field.

Collaboration works best when it is given the time, trust and respect to be nurtured and cherished.

What really came across in the data though was that collaboration works best when it is given the time, trust and respect to be nurtured and cherished. When assumptions around what a disciplinary perspective might provide could be set aside, by both parties, there were opportunities to create fruitful and more creative collaborations. At a time when talk of ‘the two cultures’ is often revisited (see, for example, the recent British Science Association collection of essays Science: Not just for scientists which has some fascinating reflections on this age old argument) the paper concludes that for the best collaborative opportunities we don’t need ‘shotgun ceremonies’ or ‘brief encounters’ but more sustainable relationships over time.

Clare Wilkinson is an Associate Professor in the SCU at UWE.

You can read the research article on which this post is based in the Bulletin of Science, Technology & Society, 34 (3-4). A copy is also available via the UWE Research Repository. With thanks to the British Academy [SG-54670].