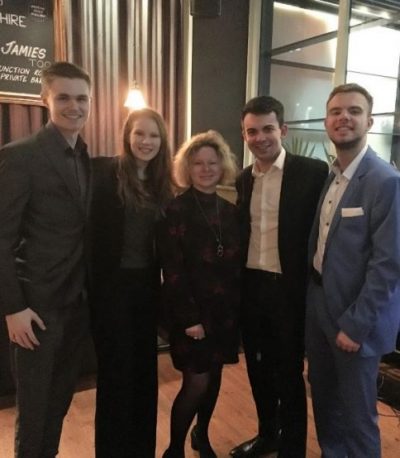 They walked away with prizes for the Best University Team and the Past Master Karl Davies Memorial Award which was awarded to the team with the Most Creative Solution.

Lucilla Macgregor who, along with her fellow BPTC tutor Sara Whiteley, mentored the pair in preparation for the competition said:

“David and Sara did extremely well in the face of stiff competition.  This is the second time in two years that UWE BPTC students have won a prize at this event, which gives them a fantastic opportunity to practice their advocacy and negotiation skills in front of accredited mediators”. “This is a fantastic achievement for the team, particularly as this is the first time we have entered the National Competition.  The students have studied mediation and practised their skills in our internal UWE Mediation Competition. It is wonderful to see their skills being recognised by professional mediators judging them in a national competition”.