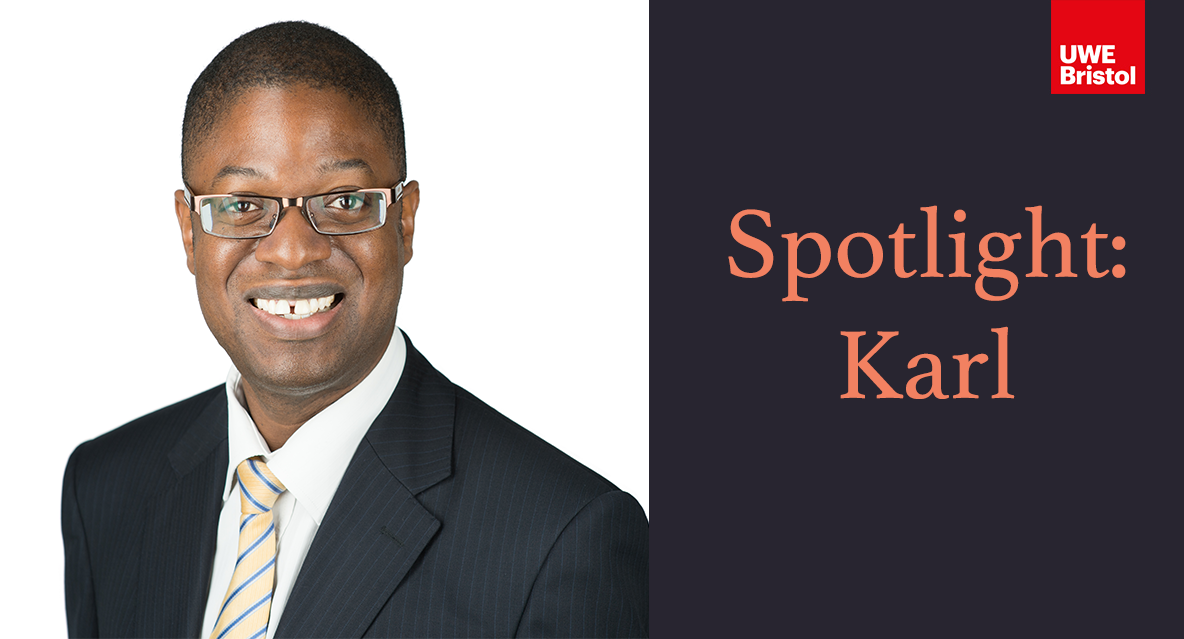 I am a Commercial Property Partner in the Bristol office of national law firm Clarke Willmott LLP. I am proud to not only be Bristol born and bred but also very proud of my Jamaican heritage. My parents came to the UK in the early 1960s from Jamaica and my dad was a plasterer and my mum was a nurse. The example of my parents gave me a good work ethic but also a desire to make positive change by boosting social mobility and diversity in our professions. I found it very difficult to get a training contract (and ended up making over 100 applications) but through a combination of determination and also mentoring I eventually managed to get a training contract.

My personal experiences mean giving back to young people from less privileged backgrounds is important to me and is why I became a social mobility ambassador for the Law Society in 2016. In my role as a social mobility ambassador, I have given various careers presentations both in-person (pre-pandemic) and also online to show young people from underrepresented backgrounds that they can with the right attitude and work ethic have a career in law.

I firmly believe that it is only through collaboration between the business world and education institutions that we have any chance of reaching out to young people from a range of different backgrounds and inspiring them to try and achieve their desired careers.  This is why I was very proud in 2015 to be a founder member of the Bristol Learning City Partnership Board working alongside headteachers from schools in Bristol to try to formulate policies that work both for schools and also local business. And it is also why in my current role on UWE Bristol’s Faculty of Business and Law Advisory Board I always try and give the perspective of the business world when discussing ideas/proposed policies for the faculty. These roles have also I think made me a better solicitor and business leader as they have increased not only my range of soft skills but my understanding of how the world of business can best attract and develop talent.

Collaboration between businesses within a sector is also key if positive change is to be brought to that sector. I founded the Bristol Property Inclusion Charter (“the Charter”) in 2019 to boost diversity and inclusion in the Bristol property sector. Through research and also through my own networking as a property solicitor, I could see that the Bristol property sector was not as diverse as it could be given the wider diversity in the Bristol population. Another driver in my desire to bring positive change to the property industry was having seen my dad who like many other west Indian immigrants and immigrants from other countries in the past found a skilled trade in the property industry which enabled my dad and others to not only make a positive contribution to the UK economy but also to give a good start in life to their children.

The Charter has seven objectives which in summary include trying to open up opportunities in the Bristol property sector and collaboration to bring transformative change. The running of the Charter is through the Bristol Property Inclusion Commission which I founded in early 2020 and I sit on the commission as Chair alongside representatives from other parts of the property industry. In 2016 the Charter had about fifteen signatory companies/organisations but today we have sixty-six which include YTL, Live West, Bristol City Council, Avison Young, Redrow, Galliard Homes, Grainger plc and Elim Housing.

I would just conclude by making a confession. If you speak to my wife she will tell you that I am an avid follower of the news and in particular love watching CNN. It was watching CNN last year that I saw someone mention an old African proverb and as soon as I heard it I thought I would use it in speeches and articles. The proverb is “If you want to go fast go alone. If you want to go far go together.” If we work together then I firmly believe we can bring positive change to professions such as law and also to sectors such as property. 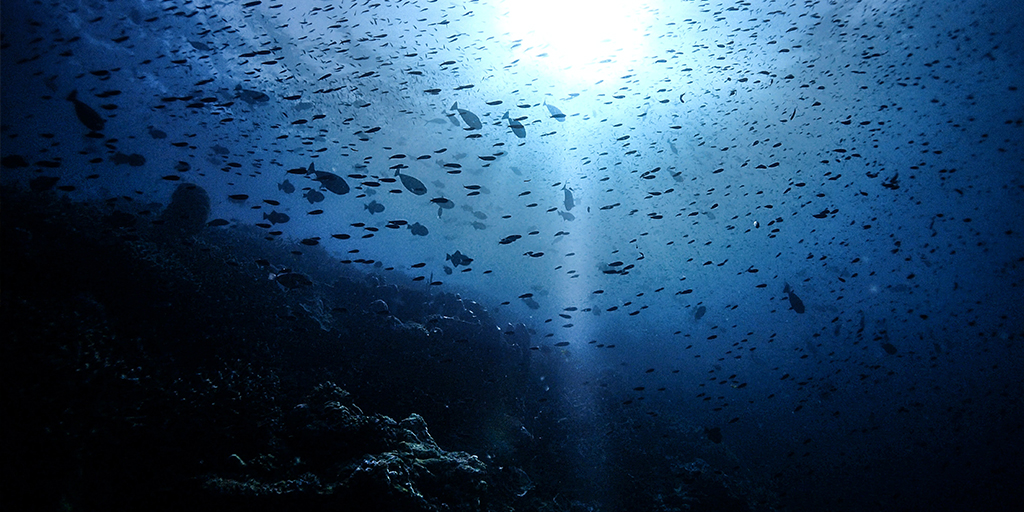 Written by Ethan Franks (in collaboration with James Pettipher and Bethany Foster).

On December 12 to December 13, the world’s first dedicated Vaquita conservation Hackathon took place. A Hackathon brings a large group of people together to work tirelessly for a 48-hour time period to address separate issues that threaten a cause. The people that take part in the project come together from different countries and different career backgrounds that all relate to the issue at the base of the Hackathon. The Vaquita conservation project is a complex multi-faceted issue that spans many fields, from criminal law to biology. The aim of this Hackathon was to develop a brighter future for the Vaquita, of which the methods and lessons learned can be incorporated into other complex conservation and criminology problems. UWE Bristol Law students proudly represented almost all the United Kingdom within the ‘criminal law review’ sector of the Hackathon.

The criminal law review aimed to try and combat the issues that Mexico is having in enforcing the law against illegal Totoaba Cartels fishermen and meeting its treaty obligations. This is to be done by all the groups, collaboratively developing a white paper. The hope is that by publishing a white paper and then implementing its recommendations the Vaquita and other marine wildlife in the Gulf of California will be sufficiently protected by the Mexican government.

Each individual group comprising a small number of students was set up with a mentor. Groups worked together to suggest their solution and then go away to work on small tasks that worked towards a final solution. This process would take place repeatedly over the weekend reinforcing the solution before the closing ceremony at midnight on the Sunday.

UWE law student James Pettipher and I worked under our mentor Volcy Boilevin, forming group six of the Hackathon. We were tasked with supporting the law enforcement efforts of the Mexican government. We decided that the best approach to take to impact Mexico was to try and use Mexico’s agreements with neighbouring countries to help impose pressure on Mexico. The pressure was implemented with the intention of encouraging the Mexican government to value its environmental obligations, without using the ineffective environmental law.

Additionally, group four included another UWE student, Bethany Foster who under the guidance of Daniel Marsh and alongside other professionals and students, worked on a proposal addressing the weak judicial framework that operates in Mexico that fails to deter the illegal totoaba trade. The suggested solution was twofold: introducing a judicial exchange programme between the UK and Mexico and assisting Mexico in implementing sentencing guidelines to ensure consistent sentencing of wildlife criminals. These proposals involve mutual co-operation between the UK, Mexico and industry experts and success is largely determined by Mexico’s willingness to co-operate. However, these proposals were inspired by the work of international criminal barrister Shamini Jayanathan whose efforts have focused on judicial reform where jurisdictions have weak judicial processes. Her work has been incredibly successful which provides a blueprint for the potential success of these propositions.

The entirety of the event will be concluded this year when a decision is made as to the best legal solutions to be put forward and incorporated into a white paper. Though it is not the motivation of any of the participants, there will be a prize awarded to the best proposed solution as well.

The Hackathon was organized by the Conservation Project International, a platform dedicated to supporting and mentoring young conservationists and future leaders, in collaboration with Earth League International, Earth Hacks and the Countering Wildlife Trafficking Institute. The event was financially supported by the two research groups of the Bristol Law School (the Global Crime, Justice and Security Research Group and the Environmental Law and Sustainability Research Group).

David Barrett, Director of Apprenticeships at UWE Bristol, will welcome you to the event and alongside the Degree Apprenticeship Hub team will be able to help identify your training needs and suitable solutions.

Spaces are limited for this event, so please register below.