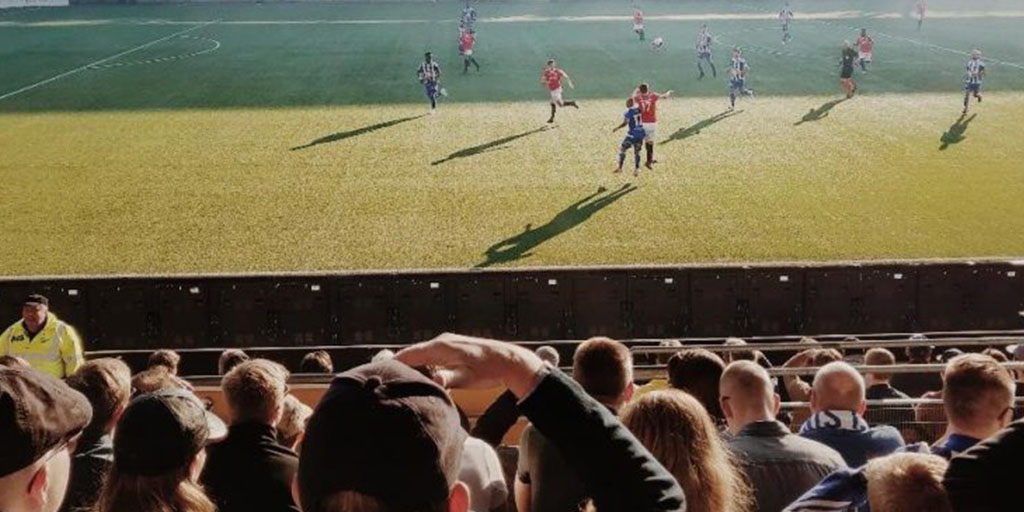 In 2015, 10 Bristol City Football Club (BCFC) fans travelled independently to Birmingham to watch a game of football. On arrival, West Midlands Police (WMP) had identified them as ‘known hooligans.’ They were surrounded and escorted back to the train station where they were told to leave the city. The police relied on ‘dispersal powers’ vested to them under s 35 Anti-Social Behaviour, Crime and Policing Act 2014. This gives a constable in uniform the authority to direct a person to leave an area if s/he has reasonable grounds to suspect that the individuals behaviour ‘has contributed or is likely to contribute to members of the public being harassed, alarmed or distressed or, crime or disorder in the locality’. The 2014 introduction of this legislation replaced s 27 Violent Crime Reduction Act 2006, which in similar fashion also authorised a constable to ‘disperse’ provided disorder, or potential disorder, was alcohol related.

As the statement from the BCFC Supporters Club and Trust outlines, the 10 BCFC spectators always maintained that they had not, or had no intention, to partake in any disorder. They claimed they had been ‘falsely imprisoned’ on their ‘escort’ back to the station: arguably a breach of Article 5 of the European Convention on Human Rights (Right to Liberty). Indeed, a constable may inform the individual/s to leave via a route if s/he wishes, but the legislation mentions nothing with regards to an ‘escort.’ That being said, escorts/containment can be justified if it is to ‘prevent and imminent breach of the peace.’ What was also slightly unusual regarding this case is that a serving police officer with Avon and Somerset Constabulary had agreed to be a witness in court in support of the 10 BCFC spectators. Nevertheless, this day did not happen as 24 hours prior to the court date, WMP offered to ‘settle’ out of court.

Indeed, the use of ‘dispersals’ amongst football fans has been a cause of concern amongst some academics and the Football Supporters Association for some time. In 2008, a number of Stoke City supporters visiting Manchester were escorted out of a pub, placed on buses and driven ‘home’ under the old s 27 powers. In total, Greater Manchester Police agreed an out of court settlement totalling around £200,000. Regarding the newer powers under s 35, a mini-bus carrying Wrexham supporters was stopped by Humberside Constabulary whom ordered to bus to turn around and return to Wrexham. The issue here, was that the police had used the powers in a blanket manner in ordering the mini-bus and all its passengers to return, as opposed to carrying out individual assessments. This led to a successful challenge in court from the Wrexham spectators whom received compensation.

What this demonstrates, is that the legislation can, and has, been used in an indiscriminate and often overzealous manner towards to fans of football, often without any real evidence as to why it is believed they pose a risk to disorder and arguably, and without any consideration towards there Article 5 obligations. Indeed, there is arguably a culture of policing towards football that requires change. A 2018 article by Dr James Hoggett and then Chief Superintendent Owen West of West Yorkshire Police advocate the use of Police Liaison Teams (PLTs) within football policing, rather than the use of the traditional ‘command and control’ approach. Common in the use of protests, PLTs have the ability to better read situations and ensure there are no unnecessary interventions from officers who may perceive a situation to be disorderly. For the authors however, the biggest barrier in adopting this style of approach to football is reluctance from many police officers themselves.

Perhaps indicative of this is the planned operation for the game between Portsmouth and Southampton on Tuesday 24th September 2019. Whilst in no doubt that this is a game that will be full of high emotions due to its ‘derby’ nature, a statement from the Commander overseeing the event has outlined that to ‘keep people safe’ help will be drawn in from ‘the dog units, the mounted section, roads policing, public order teams, drones and the use of the National Police Air Service.’ Clearly, an expensive use of resources. It has been repeated several times that on the face of it, football is changing for the better. It is important to note for the balance of fairness and relating back to WMP, that, to quote Amanda Jacks at the Football Supporters Association, ‘WMP did not have the best of reputations but in recent years, they’ve worked extremely hard and in my view, are one of the most progressive forces in the country.’ Perhaps, and with many things in life, it is a case of learning from mistakes, albeit expensive mistakes. Nevertheless, it is the often over-zealous and outdated mind set of many in authority that holds back a degree of change that is needed.