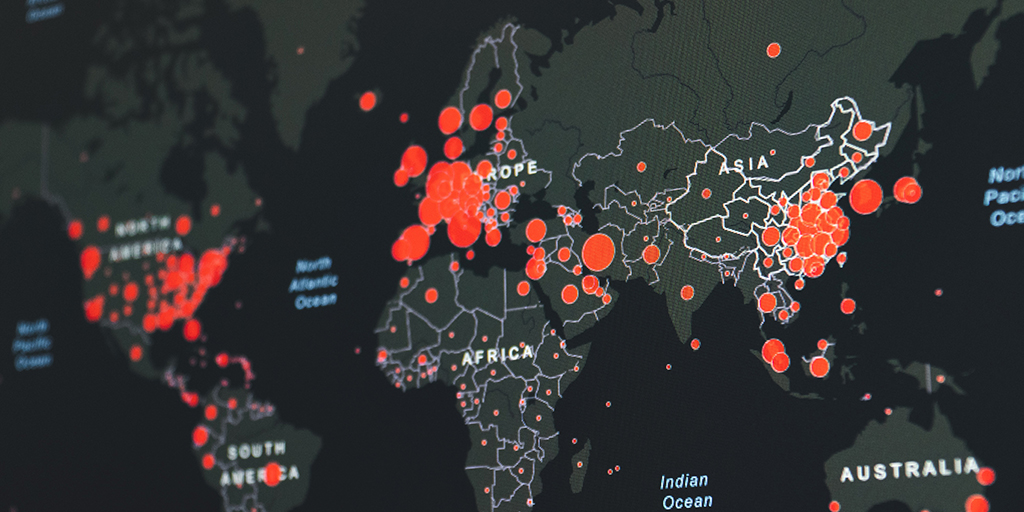 With the UK’s announcement of approval for the Pfizer vaccine, a cautious sense of hope and optimism has been restored as the public dares to envision an end to a year rife with uncertainty and confusion. However, as technology and science leap forward in their red capes as the saviours of the day, democracy around the globe takes several staggering steps back. A combination of draconian restriction implementation, global confusion, economic downfall and, widespread fear, has created the perfect storm for abuse of power and democratic regress to take place throughout the world. Under the thick cover of chaos, oppressive legislation and disgraceful abuses of power have been able to take place largely un-reported. Due to the unrelenting dominance that COVID-19 has wielded over the news headlines this year, regressions and oppressions have been able to thrive, unchallenged by the usual scrutiny of the public eye.

According to this year’s annual global report on political rights and civil liberties from Freedom House, democracy has worsened in 80 countries so far. Particular areas of decline seem to be freedom of speech, democratic elections (especially in countries declaring a state of emergency), and freedom of religious practice. Whilst true that a lot of false and misleading information was spread about COVID-19 and how to treat it, some governments have used the excuse of limiting inaccurate information to go above and beyond to restrict journalistic rights and push political agendas by silencing anti-government voices. Democratic elections have been postponed or discarded altogether and government opposition parties have been systematically attacked under the excuse of the pandemic.

Earlier this year in Algeria, legislation aimed to reduce media and curtail freedom of expression were reportedly passed with ‘minimal discussion mechanisms’ in parliament. Further to this, the sentencing of three government critics took place in May due to their choice of social media activity. Amongst these was Yacine Mebarki, a pivotal member of the Hirak anti-government protest movement, arrested on September 30th and sentenced to 10 years in prison. An expression of concern has been published by Reporters Without Borders, over the zealous tightening on freedoms of expression in Algeria. However, no change seems imminent, as currently the scheduled Algerian 2020 constitutional referendum has been announced as ‘no longer a priority’ by President Tebboune.

Similarly, according to published interior ministry statements from Turkey, on the 25th of March over 400 people were arrested under charges of ‘provocative’ social media posts concerning the virus. A report by Human Rights Watch four months later in late July displayed evidence suggesting Turkish police involvement in torture and ill-treatment of citizens. In terms of parliamentary democracy, the revocation of status was implemented for three deputies in the opposition party on the 4th of June. All three were then arrested the very next day. Electoral law reformations that may prevent future opposition parties from entering parliament at all are currently under discussion. Should this move forward, it would mean that without opposition in parliament, the government (and legislature passed by the government) goes unchecked and unchallenged, thus, an already fragile democracy suffers another critical blow.

In Hong Kong, The pandemic has been sighted as justification to delay elections by a year, however, this decision is widely viewed as an attempt by Beijing to buy more time to solidify the eradication of certain remaining freedoms and autonomies. In Sri Lanka, the arrest of critics of the official government line of the pandemic has been authorized by Prime Minister Mahinda Rajapaksa. In Nigeria since the start of restriction implementation and curfews, up to 18 people have been killed in the hands of security forces reportedly enforcing COVID-19 restrictions with minimal reported penalties against the individual offending security officers. Meanwhile, the Nigerian democratic by-elections for the senatorial districts in Bayelsa state, Imo state, and Plateau state have been indefinitely postponed with no new date announced. In the USA, although the scheduled presidential elections have taken place, the incumbent Trump administration consistently and embarrassingly attempts to discredit the result of the democratic election in an attempt to cling to a fading political spotlight.

In Russia, a combination of laws implementing drastic penalties on individuals and media organizations who spread ‘knowingly false information’ was approved by President Vladimir Putin, on top of the already existing prohibition of ‘false information’. In practice, however, it would seem that said ‘false information’ happens to include anything that may highlight failings and present criticisms of the government’s handling of COVID-19. Most worryingly, this year’s referendum – originally set for April but rescheduled for the 1st of July – was approved by a 77% majority and includes provision amendments allowing President Putin to remain in power until 2036.

Restrictions on freedom of religion have been more evident this year with instances of faith-based discrimination and religious targeting in Pakistan, Sri Lanka, Serbia, and India. In Pakistan COVID -19 has been renamed ‘the Shia virus’ and there have been reports of Christians forced to recite the kalima in order to access help and aid. Hindu communities in Lyari have been rejected from receiving essential rations and Muslims in India have been labelled as “super spreaders” in a bid to use the pandemic as a weapon of religious prosecution.

This is of course simply a snapshot exposing only a fraction of the hidden pandemic of global rights redaction taking place. Fragile democratic advancements – some of which took over a decade or longer to instil – have been swiftly and devastatingly destroyed by opportunistic governments all over the world, using the tragedy of this year as an advantageous edge in disgraceful power-play dynamics. Meanwhile, citizens are stripped of hard-fought rights and left more vulnerable than ever before. As an end to COVID-19 seems to become more of a reality, we must not forget that for many around the globe, things will certainly not return to ‘business as usual’. Perhaps, with the potential of COVID-19 soon no longer dominating the media platform, the scrutiny of the public eye can return to where it is desperately needed most, and assist each of the 80 countries through the steep uphill climb to the restoration of civil liberties and democratic progression.