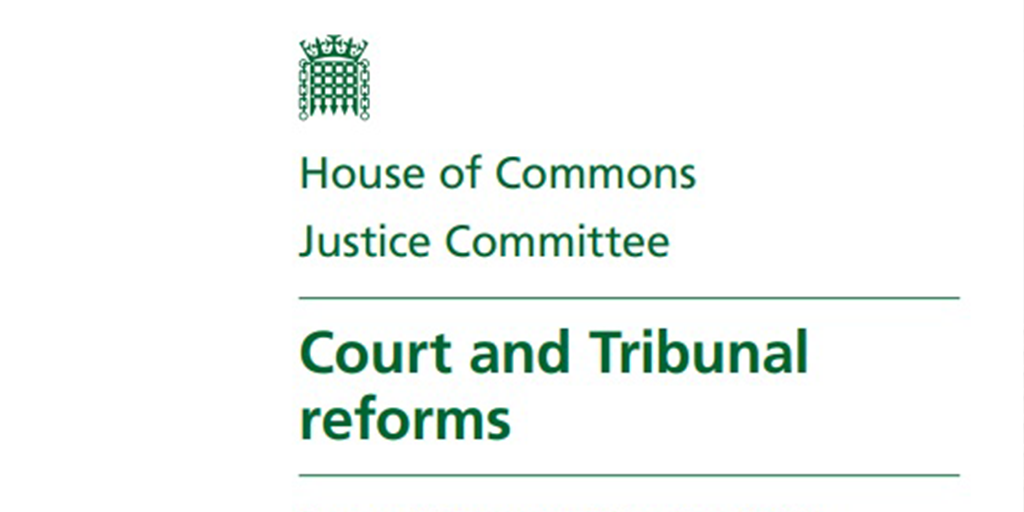 In October 2019, the House of Commons Justice Committee published the report of its inquiry into Court and Tribunal reforms (see the full report here). The inquiry was prompted by “[s]erious concerns… about the effect on access to justice and its efficient despatch of the current court and tribunal modernisation programme, led by the Ministry of Justice and the senior judiciary of England and Wales” (p.3). As part of the inquiry, Tom Smith (UWE Law), Marcus Keppel-Palmer (UWE Law), Sally Reardon ( UWE Journalism) and Phil Chamberlain (Journalism, University of Bath), submitted evidence on their research into court reporting in criminal courts:

“In January 2018, we held a project at Bristol Magistrates Court, attending every case held in open court during one week. During this period of time, only one case was attended by a reporter from local media. We fear that important work shining a light on the work of the Courts will continue to diminish.

During the project, a number of cases were conducted using video link. The positioning of the video screens in court meant that it was often difficult and, in some instances, impossible to follow the evidence being presented. Actually being present in court, researchers were able to clarify details with the CPS, something that will not be possible if the hearing is online.”

“Open Justice is held up to be one of the great values of our legal system. At a time when economics dictate that many local media outlets are closing or cutting back on staff, it would be detrimental to that principle if the Courts Service enacted changes to hearings that impacted further on the ease of reporting the courts.”

The Committee’s report recognised this problem, and quoted the UWE team’s evidence as follows:

“The University of the West of England expressed concerns that the reform proposals would create further barriers preventing the reporting of the courts by the local media. They noted that: “[t]he number of dedicated Court Reporters on local newspapers is shrinking, and given the distances reporters would have to go to listen in on an online hearing at a booth at Court [this] can impose a further deterrent.” (p.54)

As mentioned above, the submitted evidence was based on an empirical study examining levels of court reporting, which was published by peer-reviewed journal, Journalism, in August 2019; and has attracted the attention of the Ministry of Justice, Department of Digital, Culture, Media and Sport, and journalism trade publication the Press Gazette.

The UWE Bristol team are currently undertaking a national survey of court reporting during one month in 2019 and preparing to bid for funding to expand the empirical study, underpinned by the concept of ‘Justice Reporting’ – the idea that reporting on courts should go beyond merely relaying facts and case details, but should examine the processes and issues that form part of criminal cases.