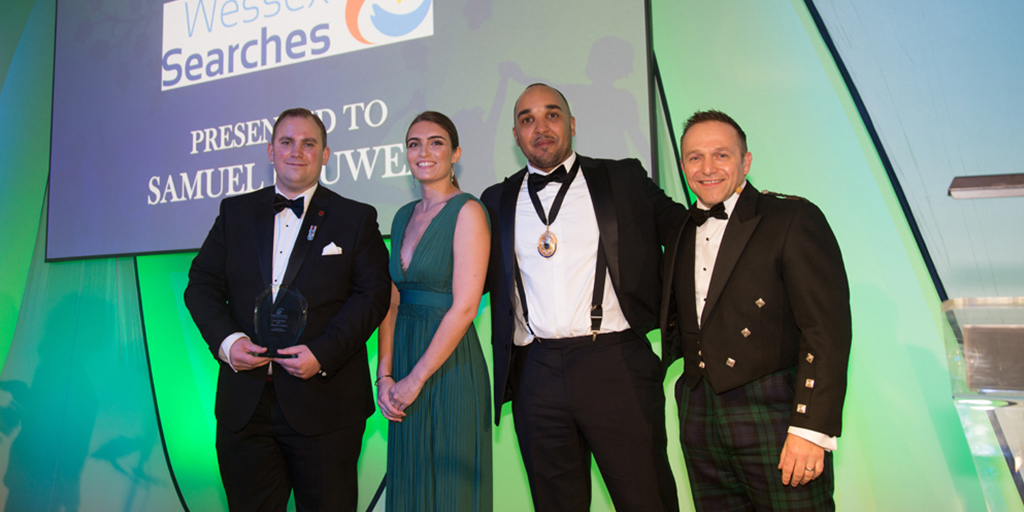 The Law Department started working closely with Sam last year through his involvement with the UWE Law Society. Sam was ‘made-up’ by Shilan’s submission and says it has been the proudest moment of his time at UWE Bristol so far.

“Sam is a highly motivated, hardworking, forward-thinking and compassionate individual with a strong commitment to the values of inclusivity, diversity and justice. Through his work in the UWE Law Society and involvement in other projects, Sam truly stands out as a champion for inclusion and diversity and an inspirational leader. Sam is very highly thought of within the Law Department and his values and commitment emulate all that UWE Bristol is seeking to achieve for its students.

Sam winning the Bristol Law Society Student of the Year Award is absolutely fantastic and very well-deserved. His passion, drive and commitment are truly inspirational and he is a great role model and ambassador for UWE Bristol.”

Interestingly, Sam’s career started in the Armed Forces, however, that abruptly ended in 2017 when he was medically discharged due to two injuries. Sam says, “I had always had an interest in Law but I never thought that University was where I would end up and never thought that I would be good enough to take that path.”

He joined UWE Bristol after getting medically discharged and has gone from strength to strength from becoming the President of the UWE Law Society to push for a more diverse representation of students, to being awarded the Vice Chancellor’s Award for Representation at the Student Experience Awards in 2018.

In his spare time (amidst caring for his young daughter and family life), Sam also works for the Royal British Legion, running the Poppy Appeal in his local area and supporting the national media team. He says that the Royal British Legion have been instrumental in helping him deal with his injuries. Once Sam finishes his degree he hopes to do his Barrister Training here at UWE Bristol to start his career as a Criminal Barrister alongside Pro Bono work and giving back to others who need help within the Armed Forces Community.

Sam’s dedication and determination prove he was a worthy winner for Law Student of the Year and UWE Bristol are proud to have him as a student here. After the awards ceremony, Sam said “speaking to the selection committee and senior lawyers in Bristol, and hearing the kind comments that they had given me, the congratulations, and how much they admired the dedication that I had put into my degree – especially with the disturbance in my background, felt really worth-while, and I felt privileged to be recognised.”

Find out more about studying Law at UWE Bristol on our website.