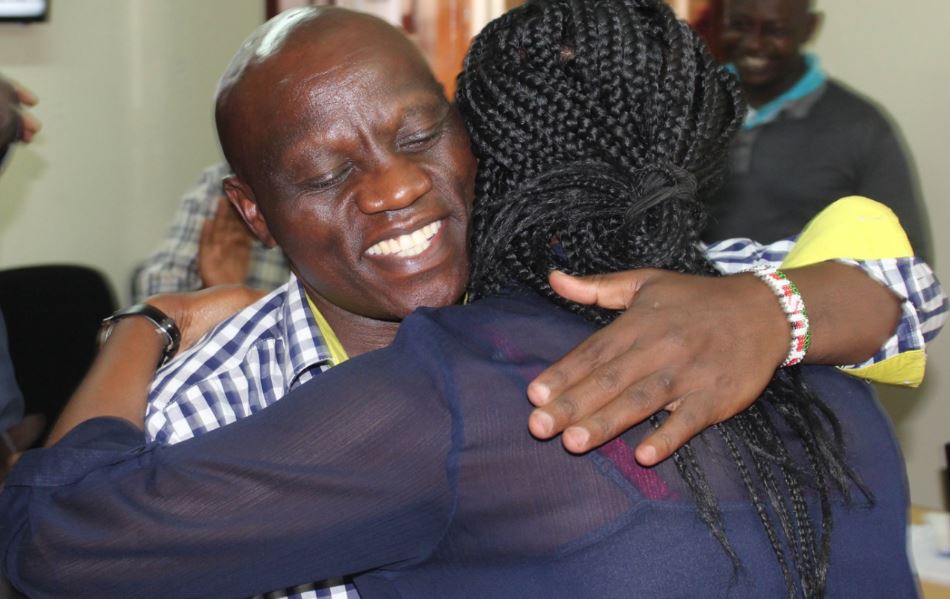 One of the many activities the UWE Pro Bono Unit undertakes is the African Prisons Project. The project sees UWE students assisting prisoners and prison warders during their Law studies in Uganda and Kenya. Kathy Brown has previously blogged about the project here. In this post, student Kelly Eastham provides an update on an inmates sentence.

It has been a long time that I have been waiting to write this and awaiting this news itself, but not nearly as long as it has been for Wilson. I am completely overwhelmed to have received news today that Wilson (an inmate from Kamiti Prison, Kenya) has been released after winning his case in the Kenyan Supreme Court. Wilson was imprisoned at the age of 19 and sentenced to death, he has since served 20 years for robbery, a punishment not proportionate to his crime.

During my time in Kenya I grew close with Wilson. I was completely amazed by his beautiful perspective on life and his motivation to help other people in his situation. Prior to working in a “death row” environment, I had always thought that these people will have nothing to live for and will become the worse version of themselves as they have no reason or motivation to turn their life around. I was completely wrong and Wilson was one of the first inmates to totally shift my perspective on this. He showed me that it is never too late to make a positive change and if you keep fighting for it anything is possible. His case in the Kenyan Supreme Court (Coram: Maraga CJ & P, Mwilu DCJ &VP, Ojwang, Wanjala, Njoki and Lenaola SCJJ) will be monumental in Kenyan history as the one which abolished the death penalty and will have a significant knock-on effect for the lives of thousands. Wilsons motivation to be a changemaker has not come from a place of selfishness but from wanting to be able to make a difference.

I was asked by Wilson to attend his trial to support him, I remember walking into the High Court and awaiting the judges decision, this decision stated that Wilson had been successful and won his case. I remember going down to the cells under the court house and spending time with him celebrating his success. I felt so emotional to have been a part of his trial and I am so blessed to have been there to support him.

Wilson and his story have inspired me so much and I am honoured to have played a small part of it. I will forever be grateful for the life lessons he has taught me and for inspiring a huge passion within me. I will be wishing him all the best in the outside world and I will be there to support him though it.