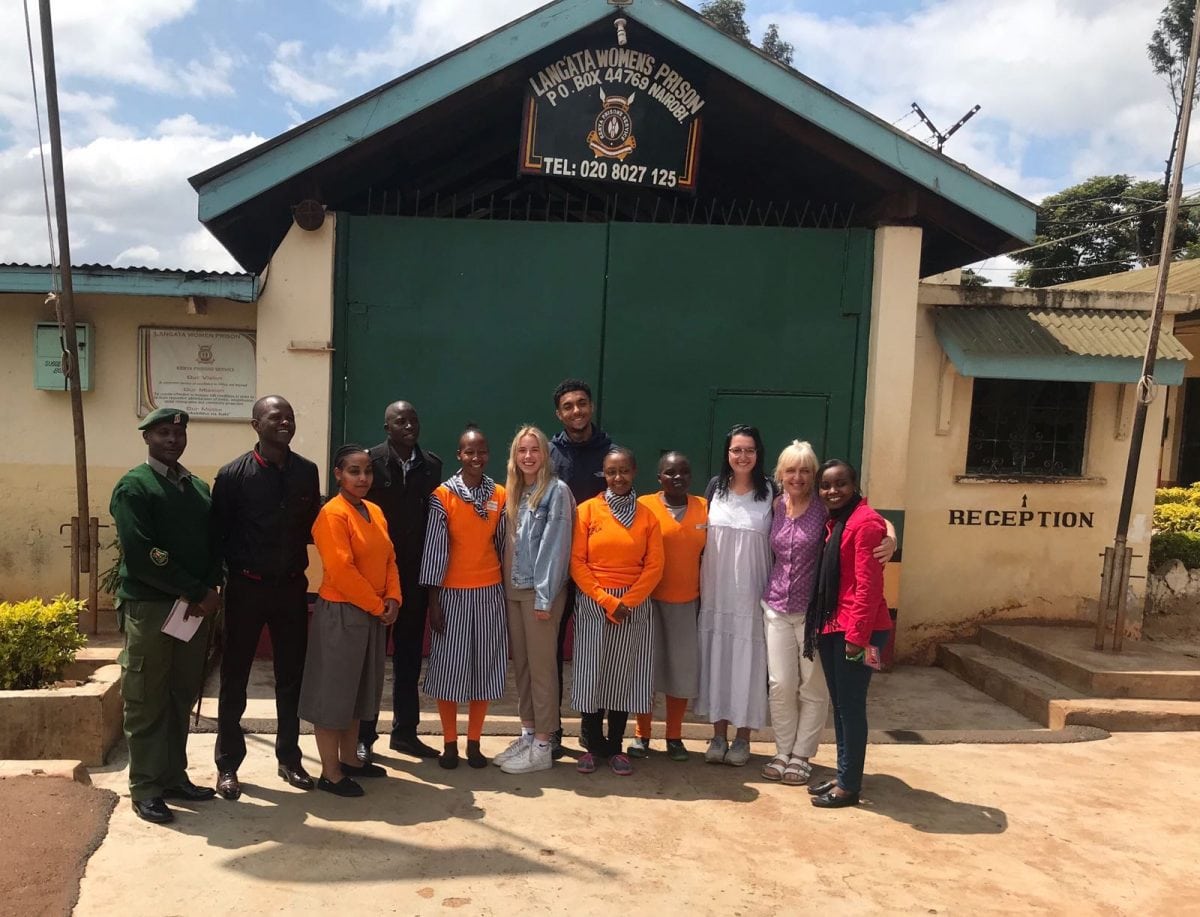 The Pro Bono Unit at UWE Bristol works with the African Prisons Project. The project sees UWE students assisting prisoners and prison warders during their Law studies. Kathy Brown has previously blogged about the project here.

Earlier this year, funding was achieved to allow a few students to undertake a summer internship in Kenya and Uganda for the APP. Below Kathy Brown reports on their experiences so far: Summer in Kenya … or not as the case may be!

On 2nd July I flew to Nairobi with three UWE law students as they ventured to start a ‘summer internship’ with APP.  Kelly, George and Lindsay were the first cohort of volunteers with Rad and Nakita arriving 18th July. Our first impressions after a 90 minute visa queue at midnight is that it’s cold, we are being choked by diesel and we are on a six lane highway heading into the centre of Nairobi!

It’s 4th July before we make our way to our first prison – Kamiti High Security Men’s prison (once notorious for beatings, excessive overcrowding and a prison officers resisted being posted to). We are met by a very different experience.  There’s no mistaking the blue and white stripe heavy cotton uniforms with bright yellow nylon sweaters to rage off the ‘winter’ cold but apart from that this prison is open – and inmates move around en masse with no obvious security.

We are taken to the ‘Academy’ a shabbily constructed and maintained two storey block with partitioned walls to segregate English from Maths classes and History from Biology.

Upstairs along the rickety iron stairway constructed by the students themselves is the preserve of the law students and others.  We make our introductions, which we have been warned are important and lengthy.  Two hours later it feels joyous and riotous. We’ve all been invited to Wilson’s anticipated High Court hearing on the 18th July following his legal challenge of the unconstitutionality of the Kenyan death penalty … watch this space.

Kelly Eastham attended the High Court to hear that Wilson’s death penalty for aggravated burglary 20 years ago is unconstitutional – he will be re-sentenced next week; this highly intellectual and learned undergraduate law student is likely to be released in view of his term served.  Sadly he has no family.  Kelly was his family today and visited him in the holding cell where he was un-cuffed to meet her.  Choking back the tears she offered her support.  Life-changing stuff.