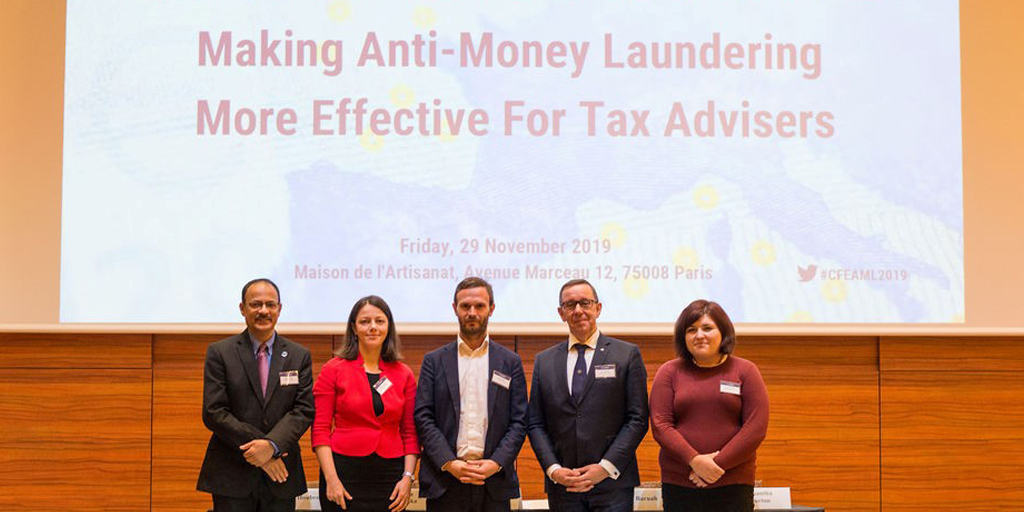 Money laundering refers to the process used by criminals to conceal or disguise the profits of their illegal activities and is known to have devastating effects on society, national security, the economy and the integrity of financial institutions. This is because money laundering potentially enables criminals, such as drug traffickers, terrorists, and tax evaders, to remain undetected and to channel their profits into further illegal activities. The United Nations Office on Drugs and Crime estimates that 2-5% of global GDP is laundered each year, while the National Crime Agency estimates that hundreds of billions of pounds are laundered annually in the UK alone. Accordingly, an international legal framework has been developed to combat this financial crime, with almost all countries globally committed to implementing the Financial Action Task Force (FATF) Recommendations on Combatting Money Laundering and the Financing of Terrorism.

The EU has implemented the Recommendations via a series of directives and has introduced its own measures to combat money laundering in the wake of the Panama Papers and recent terrorist attacks in Europe. One of the main innovations of the EU directives is the requirement for Member States to set up registers of the beneficial owners of legal entities and trusts. The fifth EU anti-money laundering Directive requires the information contained in the register of legal entities to be available to the public, while the register of trusts should be available to law enforcement authorities and those who can demonstrate a legitimate interest in the information. The aim of such registers is to reveal the identities of those who use companies to launder money and carry out illegal activities.

On Friday 29th November, I delivered a paper titled ‘Insights from the United Kingdom’s Implementation of Key Anti-Money Laundering Obligations’ at the CFE Tax Advisers 12th European Conference on the Tax Advisers’ Professional Affairs in Paris. The Conference aimed to examine the impact of the fifth European Union (EU) Anti-Money Laundering Directive, which Member States were required to transpose by the 10th January 2020. The speakers included representatives from the CFE, OECD, and the BASEL Institute on Governance, as well as legal practitioners and academics from several Member States.

My paper examined the UK’s implementation of some of the key obligations contained in the 4th and 5th EU Anti-Money Laundering Directives, including the inclusion of tax evasion as a predicate, or underlying, offence to money laundering and the introduction of beneficial ownership registers. The paper focused on the UK as a case study, as these measures were part of its legal framework long before they became an obligation within the EU; tax evasion has been a predicate offence to laundering in the UK since 1993 and the UK established the first publicly accessible beneficial ownership register in the G20, the People with Significant Control (PSC) Register.

The paper highlighted the benefits generated by these developments in the UK. Under the anti-money laundering legal framework, professionals in the regulated sector are required to submit reports, known as suspicious activity reports (SARs), to the National Crime Agency when they know or suspect that a client is engaged in money laundering. With the inclusion of tax evasion as a predicate offence to laundering, in the UK, professionals are required to submit SARs when they know or suspect that their clients are engaged in tax offences. This has led to a significant recovery of revenue, with the intelligence generated by the reports supporting the collection of over £40.2million in tax revenue from civil enquiries in 2018-19. The paper also highlighted research undertaken by the NGO Global Witness on the benefits of the UK’s PSC Register in detecting and preventing criminal activity. For example, Global Witness found that there has been an 80% reduction in the rate of incorporation of Scottish Limited Partnerships (SLPs) since SLPs have been subject to beneficial ownership requirements. SLPs are often associated with financial crime and were used in the Russian and Azerbaijani Laundromats.

However, the paper also cautioned against the implementation of these measures without appropriate resources devoted to their enforcement, or guidance provided on their operation. The information contained in the UK’s PSC register is not currently verified, leading to the inclusion of inaccurate and misleading information. This has caused some law enforcement authorities in the UK to refrain from using the register in investigations, effectively defeating its objective. In addition, the paper identified the difficulties professionals face in complying with the obligation to submit SARs for tax offences in the UK and stressed how these problems are likely to be exacerbated when these obligations are imposed at a European level.

I concluded the paper by recommending that the EU should define tax evasion for the purposes of the EU anti-money laundering directives and should provide further guidance on how Member States should verify the information contained in beneficial ownership registers.