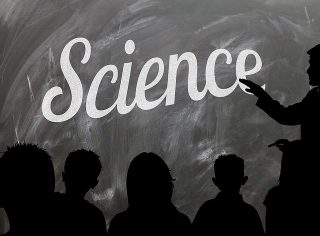 Every two years, the Association of British Science Writers (ABSW) hosts its one-day Science Journalism Summer School. The 2017 event took place on 5 July at the Wellcome Trust in London, and I went along as a budding freelance science writer to learn a few tricks of the trade.

I was joined by 135 other delegates on the airy and light sixth floor of the Trust’s superb glass-fronted Euston Road building on one of the hottest days of the year. With me were undergraduates, PhD students, freelancers of many kinds, and established science journalists working for a range of organisations. Oh – and a colleague (Clare Gee) from my Masters course in Science Communication here at UWE! Billed as a 12-hour working day, I indeed arrived for coffee at 9am, and did not depart until 8.30pm after the superb networking session with commissioning editors from a number of science publications, such as New Scientist.

BBC Science Correspondent Pallab Ghosh opened the proceedings, and the format for the rest of the day followed short talks with panel discussion and audience Q&A. We learned about new media trends, particularly around digital news consumption, in the context of the question ‘Where have all the science correspondents/journalists gone?’. ITV’s Science Correspondent Alok Jha extolled the virtues of critical science journalism in the fake news world, asserting the need to communicate conflicts between scientific researchers and cast more light on the imperfections and uncertainties of the scientific endeavour. That doesn’t sit so easily with being a proponent of science, which most of us are.

A session on pitching skills was most revealing, with commissioning editors suggesting that they aren’t receiving enough news pitches (short 250-word pieces) alongside the veritable flood of feature pitches. They were keen to point out that background was largely irrelevant; if the story was good and the source reliable, they’ll take it. And one particularly good tip to remember is that editors often prefer to receive a ‘phonecall, with e-mail used as the follow-up.

Perhaps the highlight for me was the final session on “successful freelancing”. There were personal testimonies of the struggle to get going, to find sources of work, to carve out a niche area of specialisation. Max Glaskin, the successful, award-winning author of the magazine Cycling Science, offered a tremendous insight laced with some dark humour along the way. His successful writing career has allowed him to diversify his sources of income through giving talks, chairing panel discussions and undertaking specialist scientific consultancy.

All-in-all, a long but rewarding day, worth every penny. If you want to meet several commissioning editors in one place at one time and establish relationships, then this biennial Summer School is a good investment of your time and money.

You can read my blog, Sykes on Science, at: www.sykesonscience.wordpress.com