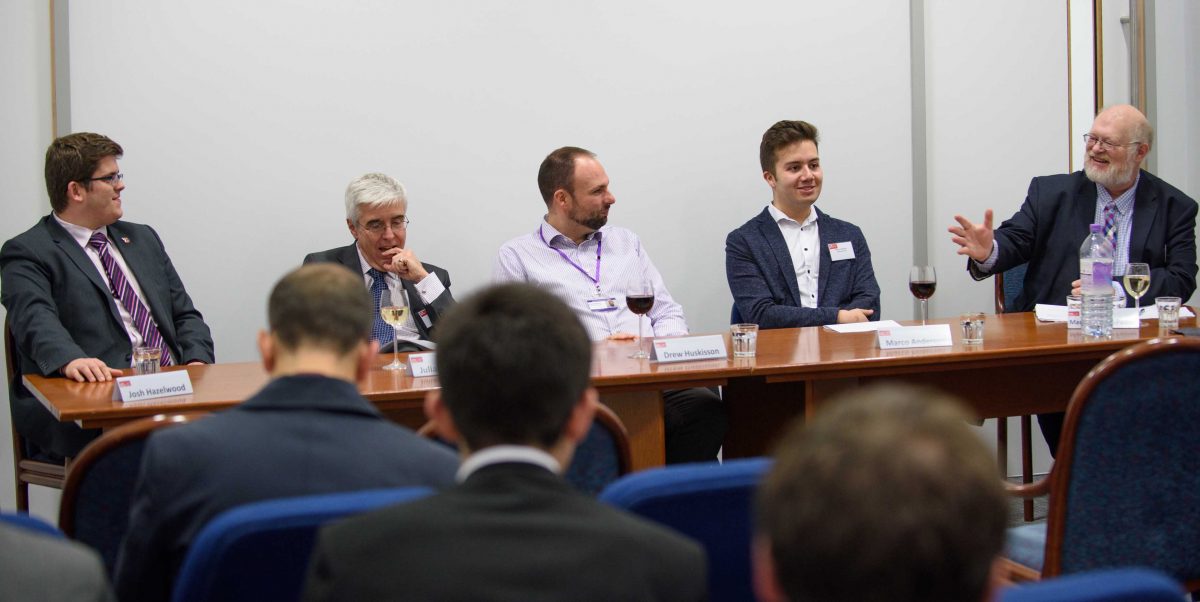 The panel included Julian Hemming, Partner at Osborne Clarke, who has been involved with the pro bono Business and Law Clinic which was recently launched at UWE’s new Enterprise Zone “Future Space”. Julian was joined by Drew Huskisson, Advice Team Manager at the North Bristol Advice Centre, whose job involves providing free and independent advice to those you can’t afford justice.

Finally the panel was made of two our alumni: Marco Anderson, who is studying for his LLM, and Joshua Hazelwood, who is a Paralegal, Knights Professional Services. Both Joshua and Marco were heavily involved in Pro Bono projects during their time at UWE.

The event was attended by alumni and invited students and was held at the new premises for the Bristol Law Society.

Photos from the event can be found here. 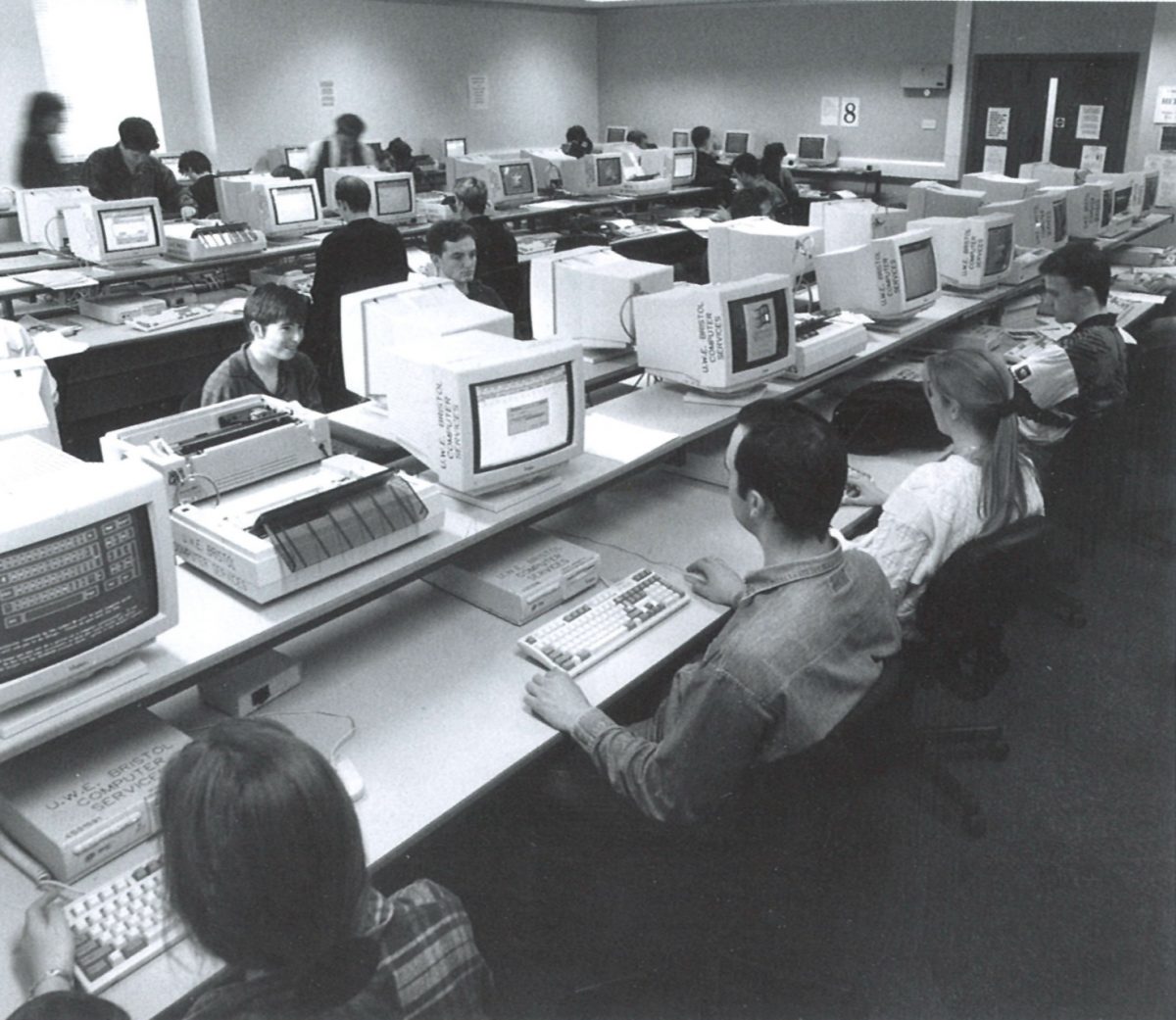 “We are proud to have such a vibrant community of Bristol Law School alumni underpinning our success and leading our development.

Our alumni are already a big part of the new Bristol Business school and the construction of its new home on Frenchay Campus. So when the building starts buzzing with life in early January 2017, we would love our alumni to join in the celebrations.

Over the coming weeks, we will be sharing ways for you to help us from donating to the new building, mentoring a current student, giving a guest lecture or getting involved with the alumni festivities, reunion activities and networking events wherever you are based.

Firstly, we would love to see photos of your UWE Bristol days, hear your memories and reflections on what your time here meant to you, to share and feature in the alumni archive for the new building.

All entries will go into our prize draw, to win a private trip for two people in UWE Bristol’s hot air balloon!

It’s the growing success of our network of alumni that has made this new world-class hub for students, academics and professionals possible. We hope you will help us celebrate the successes that have led us to become the Law School we are today, and join us on the next step of our journey to drive innovation, research and economic growth.” 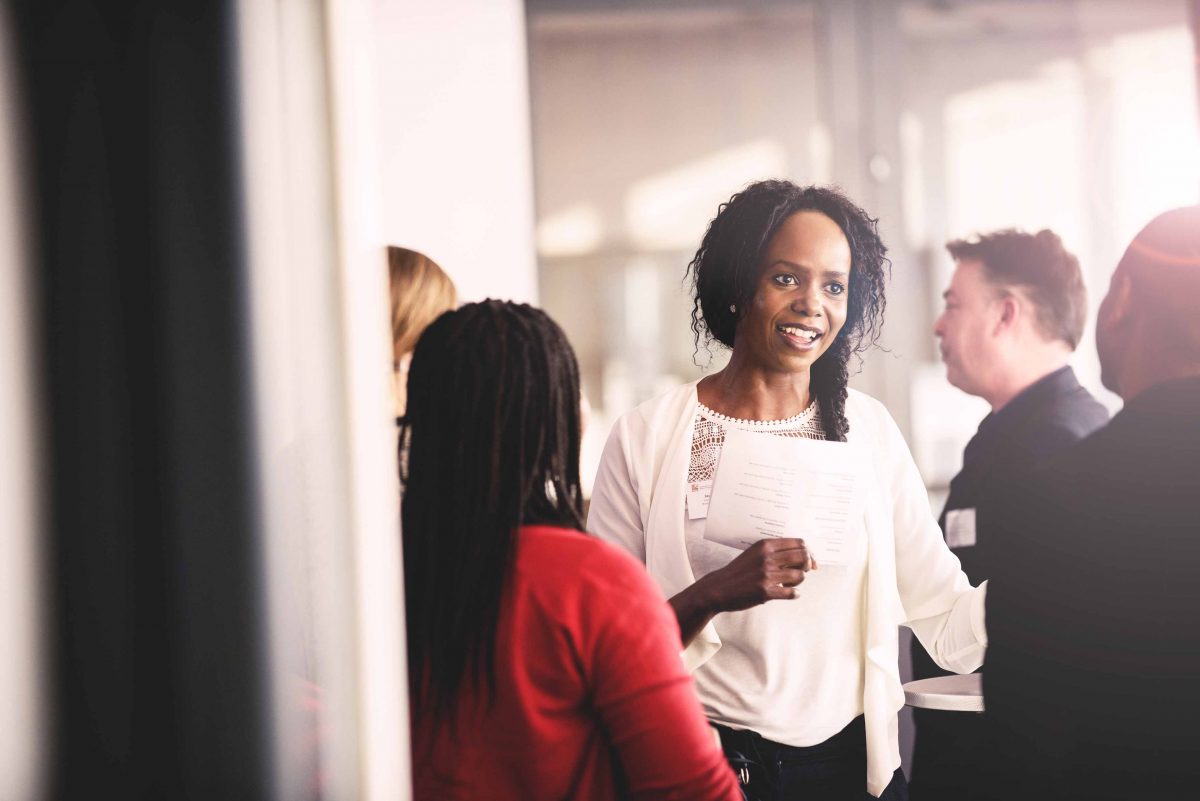 There are just two weeks left to register for the next Bristol Law School Alumni drinks on Thursday 3 November. Register your place now.

Ahead of National Pro Bono week, the event will focus on working Pro Bono and what UWE staff, students and alumni do to help those unable to afford help access justice.

The evening will include a short panel discussion on Pro Bono with a Q + A and ample for networking over light refreshments.

Confirmed members of the panel:

Julian is currently involved with the Pro Bono Business and Law clinic as part of the University Enterprise Zone at UWE Bristol.

Ian is the driving force co-ordinating a Bristol approach to Pro Bono.

Whilst at UWE, Scarlett played an important role on the old Eastville Library Pro Bono project helping complete the legal work necessary for the South Lockleaze and Purdown Neighbourhood Group to take ownership of the library from Bristol City Council.

This £2million fundraising campaign supports the university’s £56million commitment to build a new facility to house the Bristol Business and Law Schools, a much needed hub in the South West of England to drive forward regional growth and boost the local economy. The new building will promote collaboration and bring our students into direct contact with today’s business leaders, great legal minds and successful entrepreneurs.

The launch was held at the iconic Houses of Parliament and was attended by London based alumni. John Penrose MP welcomed the alumni and friends to the event before speeches were given by Donna Whitehead, Executive Vice Chancellor and Executive Dean, and Tracy John, Head of Research and Business Development.

Guests were treated to canapes and drinks which they could enjoy on the terrace which overlooked the sunny South Bank.

The event was designed to inspire alumni and friends to engage with the project and the university, as well as providing an opportunity for the alumni and staff to reconnect.

An incredible £1.2 million has already been raised towards the campaign target from previous fundraising activities. Thank you to everyone who has already donated.

All the money raised through this campaign will have a life changing impact on our current and future student population, as well as a huge impact on businesses in the Bristol area.

If you would like more information on the campaign or to find out how you can make a donation you can take a look at our Business and Law Schools fundraising campaign pages or get in touch with the team on development@uwe.ac.uk.

A start-up company spearheaded by a former University of the West of England (UWE Bristol) student has received a £1.5 million investment.

Loot has the features of a traditional bank account, such as ATM cash withdrawals and transfers, along with a specially-designed app targeted at helping customers stick to their budget.

Oliver, 22, set up the company shortly before graduating from UWE Bristol in 2014 having grown frustrated in his attempts to budget effectively using the app offered by his High Street bank.

He spotted a gap in the market after noting that while established banks were offering generous interest-free overdrafts and gifts to entice students, they were failing to help them manage their finances to make sure loans stretched across the entire academic year.

Users of the app will soon be able to benchmark their outlay against other students to check if they are overspending, and access tailored offers designed to help them save money.

On the inspiration behind the company, Oliver said: “I found that my banking app just showed my current balance, which didn’t really mean much to me. When students have their loans come in, their bank balance makes it looks like they have loads of money. But it doesn’t tell them how much that actually amounts to per week, until they get their next loan in.”

Loot launched at seven universities in September and plans to expand this year. The company has attracted £1.5 million in investment from Austrian early stage fund Speedinvest and Global Founders Capital.

Chris, also 22, a third year philosophy student set to graduate this summer, met Oliver at UWE Bristol and also worked alongside him at an Apple Store in Bristol.

Of the company, he said: “It’s a banking service for students and young people – one of its main features is that it helps students manage their money better. It doesn’t just tell you how much money you’ve got, as other banking apps do. You can set a savings goal which can help you budget, giving you a day-to-day spending limit. There is also categorisation, so you can see where you have spent your money, whether it’s food, going out, entertainment or clothes. We believe this makes it more meaningful.

“You will be able to compare your spending with other students. With food, for example, you might not know what constitutes a reasonable amount to spend on food in a week. If you are spending too much, relative to other students, we can provide customers with offers to help them save money.”

Loot is aiming to become the leading student banking provider, tapping into a potential market of more than two million people in the UK. Students are reportedly the least satisfied bank customers and use more paid-for money management apps than other consumers.

The 14-strong team behind Loot is hoping to make a major breakthrough in the burgeoning fin tech sector, with plans to invest its new funding in marketing and recruitment.

Chris said Loot would eventually generate profit through international transfers, but by charging a smaller fee than the established banks, and through its targeted promotions for customers.

He said: “Our first few months have been really great. Now we are moving on to the next stage, which is development, perfecting the iOS app and looking at launching an Android version so more people can use it. The investment will allow us to grow our team.”