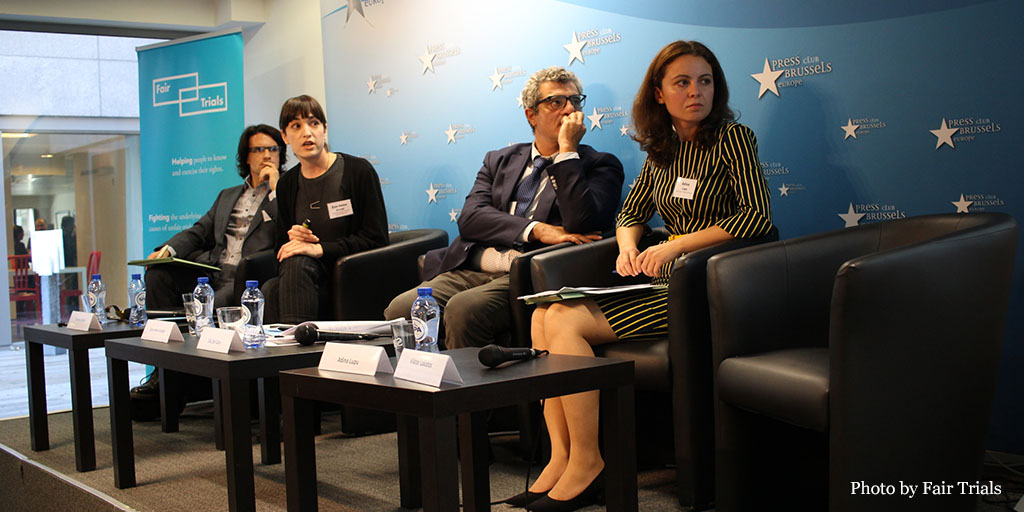 Pre-trial detention (PTD) – that is, the removal of the liberty of those not yet convicted of any criminal offence – is a significant issue across all jurisdictions. It inherently interferes with the liberty of legally innocent individuals in the most significant way available to the state. This has implications for the presumption of innocence and access to justice for defendants, and its impact beyond the legal status and rights of those affected can be substantial – particularly regarding employment, family relations, housing, and mental health. Levels of PTD and decision-making regarding its use have been of particular concern across the EU for more than a decade, (including in England and Wales (E&W), a jurisdiction with a particularly high prison population). Alongside initiatives and proposals at the institutional level of the EU, both academic and third sector institutions have, for a number of years, been researching the use of PTD in various jurisdictions, and lobbying for a renewed policy focus on tackling its overuse and improving practise. A primary example is the report ‘A Measure of Last Resort?’; published by Fair Trials in 2016, the ten country study (including E&W) provided a detailed picture of PTD use and practise across the region, highlighting both good and bad practise. Amongst the many relevant issues highlighted was the importance of legal assistance for defendants in PTD hearings.

The presence of a lawyer is undoubtedly vital to fairer PTD proceedings; but it is the effectiveness of that representation, beyond mere presence, which is key. Effective representation – which challenges and scrutinises PTD decision-making in a meaningful way – gives operational value to the right to legal assistance; and underlying this is the quality of the lawyer providing the service. In 2017, Fair Trials – along with partners in Bulgaria, Italy, Hungary and Greece – commenced a project focusing on the effectiveness of legal assistance in PTD hearings, to further examine how such representation impacts on the use of PTD; the current issues existing in practice; and how effectiveness can be enhanced, thereby improving PTD decision-making. In October 2019, I attended a regional policy meeting in Brussels organised by Fair Trials (entitled ‘Effective Legal Assistance in Pre-trial Detention Decision-Making’) so that some of the findings of the project so far might be highlighted and discussed amongst practitioners, academics and policy makers from across Europe. This blog aims briefly highlight some of the major key issues raised during three panel sessions (consisting of a moderator and four practitioners from the project jurisdictions).

Panel 1 focused on the access of suspects and defendants to legal assistance in PTD proceedings. The primary issues raised included the limited time and facilities for preparation available to defence lawyers, coupled with pressure from courts to ‘get on’ with cases. Absence and poor quality of translation services for non-domestic defendants was highlighted as a problem, particularly since PTD disproportionately focused on such persons (as well as marginalised domestic citizens). The panel highlighted the problem of lawyers who lacked sufficient independence from the police/prosecution (although also pointed out that legal reforms in some jurisdictions had recently attempted to deal with this – but described the current situation as ‘new law, old practice’). Additionally, panelists emphasised the inadequate information provided to clients about their rights. Overall, the panel suggested that the role of the lawyer needed to be ‘concrete’, and provide more than a superficial form of legitimacy to what were ultimately unfair proceedings – particularly since courts would simply assume that there were no issues if a lawyer was present.

Panel 2 (moderated by myself) focused on improving the effectiveness of legal assistance. Panelists highlighted that, to truly ensure equality of arms, lawyers needed to be meaningfully acquainted with case files and materials in advance. However, problems with access (particularly for certain types of material) and time for study were again considered a major problem. It was pointed out that inaccessible drafting and organisation of case files hindered effective legal assistance, and that clear scheduling of materials would improve this. Notwithstanding the above, one panelist highlighted good practise in their jurisdiction, describing how full access to police/prosecution case files was granted to lawyers from the outset, with no ‘cherry picking’ of materials. This was bolstered by a minimum of 48 hours for lawyers to study materials and the support of the judiciary, who were generally reluctant to restrict access to files. The panelists highlighted the importance of knowledgeable, qualified and experienced lawyers, who were motivated to properly engage with cases and personally attend consultations with clients. This was, it was argued, supported by true independence and proper payment for the work done. However, good practise was also undermined by practical issues such as major delays in payment of legal aid to lawyers and lack of private physical spaces for consulting with clients. This would present serious difficulties for lawyers attempting to build a relationship of trust with their client. It was concluded that legal assistance needed to be ‘real’ and not simply ‘theatre’, and that lawyers can be both an assistant (not an obstacle) for courts, and a mediator between courts and defendants.

Panel 3 focused on the role of lawyers in promoting alternatives to detention. A central problem in this regard was the issue of credibility of alternatives; that is, a lack of trust in the effectiveness of non-custodial pre-trial measures on the part of the judiciary. Panelists felt that public/media pressure and risk aversion played a role in the under-use of alternatives to detention, which was not helped by a lack of time for all parties to fully consider alternative proposals. In some cases, poor inter-agency working appeared to undermine use of conditional release; for example, drug rehabilitation was described as being under-used in one jurisdiction because the courts and the medical profession administering rehabilitation spoke ‘two different languages, in two different worlds’. It was felt that lawyers could play an important role in promoting the use of alternatives, but that there needed to be more variety of alternatives available and some creativity as regards to their use in different cases. One panelist felt that alternatives were not simply under-used due to a lack of credibility, but due to the mindset of courts which regarded PTD as a ‘first resort’. In some cases, it was felt that prosecution/police used PTD as an investigative tool that could frustrate the accused and increase the likelihood of a confession. Overall, it was felt that lawyers needed to do more to establish a relationship of trust with the courts which would enable them to more credibly suggest alternatives to PTD.

Overall, the meeting identified a variety of key themes related to more effective legal assistance in PTD hearings, including: early and continued access to materials and information; trust; independence; privacy; quality and experience of lawyers; adequate translation; adequate time for preparation; and sufficient and timely remuneration. A key call by Fair Trials, and the project partners, was for the EU to make PTD a policy priority, in a similar form to the 2009 roadmap on minimum procedural rights of defendants in criminal proceedings. By establishing clear minimum standards across Europe in this key aspect of PTD practice, the quality and effectiveness of legal assistance could be significantly improved. Equally, individual jurisdictions (including E&W) also need to take ownership of this issue and act on some of these problems, so that PTD decision-making is robust and fair – and, as a consequence, detention is used appropriately and proportionately.