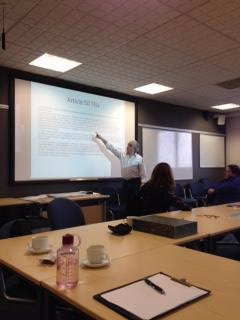 Brexit: A word that one cannot escape reading newspapers, watching the TV or listening to the radio. It is literally everywhere. Yet, what it means in legal terms is often misunderstood and its repercussions on the legal, and notably constitutional, framework in the United Kingdom overseen. Therefore, on 22 February 2017 the Centre for Applied Legal Research organised its first Forum of the academic year 2016/2017 on the subject. Three staff members of the Bristol Law School, Christian Dadomo, Martina Gillen and Noëlle Quénivet, shared their views about Brexit, Article 50 TEU and the British Constitution, whilst offering an international, European and national legal perspective on the Brexit debate.

By way of introduction Noëlle Quénivet explained the legal bases of the European Union, ie treaties, stressing the concept of State sovereignty and the importance of understanding that both the ratification of and the withdrawal from a treaty are to be viewed as acts of sovereignty. She then explained that it was the Treaty of Lisbon that for the first time proscribed a withdrawal procedure in Article 50 of the Treaty on European Union. Noëlle Quénivet described the process from the notification of withdrawal to the ratification of the withdrawal agreement by the UK, highlighting the various stages at which the European institutions are and will be involved and underlining the difference between the legal requirements in national and European Union law. Reference was also made to the potential content of a withdrawal agreement (eg budgetary matters, institutional issues, the situation of non-UK EU citizens in the UK and of UK nationals in EU States, etc).

Following on the idea of sovereignty that has so much been reiterated in the campaign leading to the referendum, Christian Dadomo delved into the multitude of types of sovereignty: parliamentary sovereignty, popular sovereignty and external or otherwise known as State sovereignty. After stressing that parliamentary sovereignty should be better understood as the primacy of Parliament in respect of statutes he showed the interaction and tensions between parliamentary and popular sovereignty, especially in light of the Brexit referendum. Furthermore, the relationship between the devolved authorities and the central government will be affected, as some of them after voting to remain in the EU would like a space at the negotiations table but have been denied so legally (with the Miller judgment before the UK Supreme Court) and politically. Christian Dadomo concluded by stating that Brexit will undoubtedly shake the constitutional legal edifice of the UK.

Martina Gillen opined that Brexit will have serious repercussions on the UK Constitution and more specifically on the relationship between Westminster and the devolved regions. As she explained Northern Ireland is a case-example of how poorly thought the referendum was. Brexit will affect both the relationship between Northern Ireland and Westminster as well as between Northern Ireland and Eire and has already had the effect of reigniting nationalist Irish feelings, especially in regions that voted to remain in the EU. She then examined in details the McCord decision before the High Court of Justice in Northern Ireland, highlighting that the ruling was not a surprise as the claimants had not asked the right question (they asked whether Northern Ireland as a devolved authority could take part in the Brexit negotiations) and should have focused on the fact that persons born in Northern Ireland can take either British or Irish nationality and that Brexit would in fact deny equality of treatment for those who choose Irish nationality.

The CALR Forum was attended by over 20 students and staff members from the UWE Bristol Law School. After each presentation questions were taken from the floor and a lively and insightful debate often beyond the narrower scope of the speakers’ presentation ensued. There were thus discussions on the withdrawal from the European Economic Area Agreement, the impact of the Dublin regulation on EU border States, the nature (and fate) of EU law in English law, the potential continued jurisdiction of the Court of Justice of the European Union, etc.

The next CALR Forum which will be held on Wednesday 1 March, 14:00-16:00 in Room 2B065. Noëlle Quénivet will be presenting a paper on the prosecution of child soldiers for war crimes that has recently been accepted for publication in the European Journal of International Law. Dr Alison Bisset, Associate Professor at the School of Law of the University of Reading, will respond to the paper. 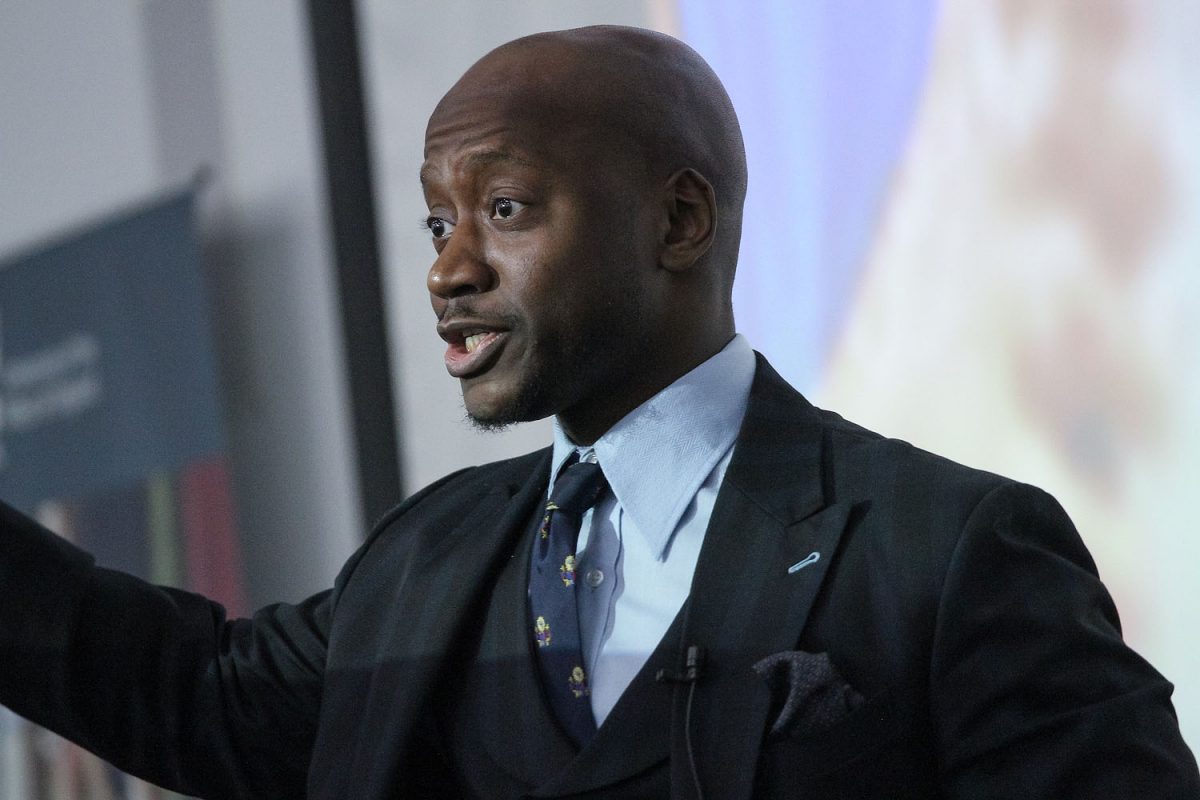 Tunde, a barrister specialising in criminal defence at Doughty Street Chambers, is the recipient of numerous awards for his efforts to promote diversity within the legal profession. In 2016 he was awarded an MBE for his charitable work. He is the founder of the charity Urban Lawyers, a social empowerment project designed to educate, engage and stimulate discussion amongst young people in relation to Law. He’s also considered to be the most followed barrister on Instagram and his court room dress has even caught the attention of GQ magazine.

He delivered an energising address entitled ‘Nobody Rises to Low Expectations’ to an audience of staff, students and members of the Bristol community. Recounting his own journey, Tunde spoke about perseverance and responding to challenge in order to reach our goals. Following the talk Tunde, and event organiser Dr Zainab Khan were interviewed by Ujima Radio who were keen to hear about the Faculty’s commitment to diversity and raising attainment. The Law School looks forward to hosting Tunde again in the near future.

Photos from the event can be found here. 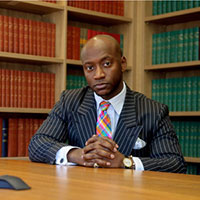 Join us on Thursday 09 February for the Centre for Applied Legal Research’s Annual Lecture with Tunde Okewale.

Tunde Okewale MBE (Doughty Street Chambers) is the recipient of numerous awards for his contribution to social justice and inclusion. In 2016 Tunde was awarded an MBE in the Queen’s Birthday Honours list. He was named Diversity Champion at the UK Diversity Legal Awards in 2014.

Tunde is the founder of Urban Lawyers, a charitable initiative designed to educate, engage and stimulate discussion amongst young people in relation to law. The organisation provides information to disaffected young people and communities, as well as providing information and opportunities about how to secure work and/or experience in the legal profession.

Tunde grew up in a council estate in Hackney, East London. Tunde is the eldest of four children and was the first person in his family to attend university and obtain a degree. He is passionately committed to promoting diversity and widening participation within the professions.

Alongside the accolades for his charitable work, Tunde has attracted considerable interest from the media for his unique style. He has been the feature of GQ articles and is considered to be the most followed barrister on Instagram.

Having been called to the Bar in 2009 he has established a practice in General Crime, Serious Crime and Extradition. He also specialises in Sports Law and is a Registered Lawyer under The FA Football Agents Regulations.

Tunde was involved in the Griffiths Trust ‘Hush The Guns’ Project in Kingston Jamaica in 2009, and was also commissioned by the Jamaican and Canadian Government to facilitate workshops for disaffected youths.

The event is free to attend but you must register a place. To register please see here. The event will be held in the ECC on Frenchay Campus.