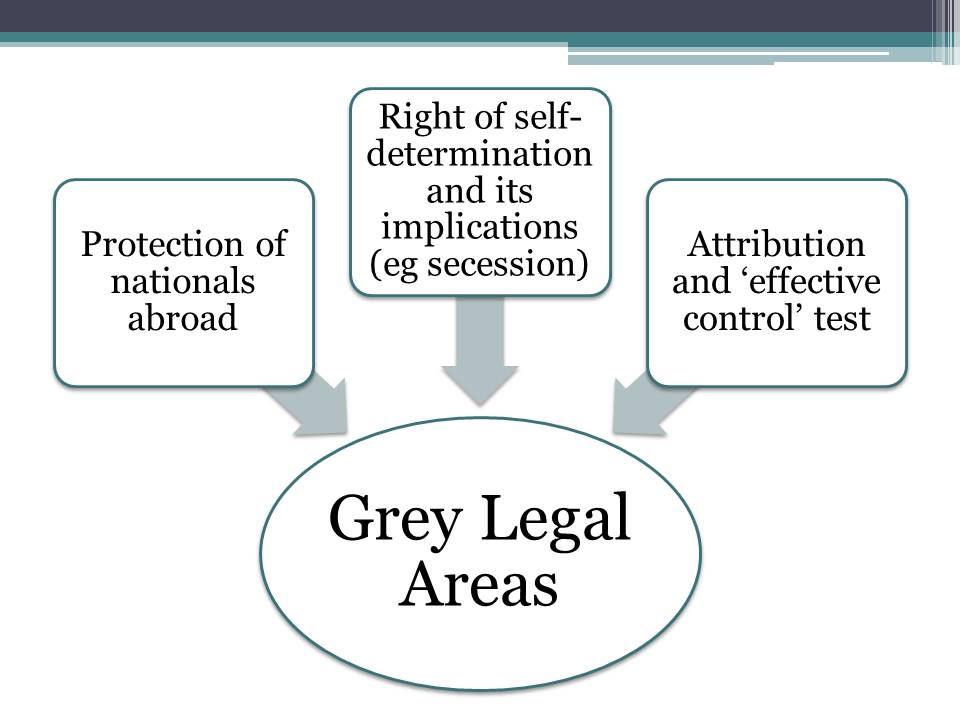 In the last few decades the concept of ‘hybrid warfare’ has gained prominence in international security studies. Although there is no agreed upon definition of hybrid warfare it can nonetheless be described as the simultaneous and synchronised use of different instruments of power – military, economic, information, civil, social, political, financial and legal – with the aim to destabilise an adversary. Historically, hybrid warfare was known as ‘asymmetric warfare’ and mainly carried out by non-State actors with weaker military forces who disregarded international legal norms, used terrorist tactics, were involved in organised criminal activities and conducted information warfare. Increasingly, States and military alliances such as NATO have adopted some of these multidimensional means of warfare in blended tactics. The security challenges arising from hybrid threats and wars are today high on the agenda, notably because no comprehensive approach explaining how hybrid wars and threats are to be handled has been advanced.

It was with this view that a symposium was organised by the Swedish Defence University (SEDU) in collaboration with the Centre for Conflict, Rule of Law and Society, Bournemouth University and the Center for Asymmetric Threat Studies at SEDU on 14-15 November 2017. Aimed at facilitating the production of new knowledge and the development of future cooperation the event gathered international practitioners and researchers discussing the contemporary challenges to the international security environment from a Swedish and international perspective. It was notable that participants from the USA, Sweden, Georgia, Estonia, Denmark, Finland, the UK, South Africa and Norway tried to address these challenges from a multidisciplinary research point of view.

A number of speakers at the Symposium focused on the use of hybrid warfare tactics by Russia. It is in this framework that Dr Noëlle Quénivet (Bristol Law School) presented a paper she had written in collaboration with Dr Sabine Hassler (Bristol Law School). This paper was in fact the further and logical development of a set of ideas that the two staff members of the Bristol Law School had advanced in a chapter for an edited collection on The Use of Force against Ukraine and International Law which is due to be published in April 2018. In this chapter Dr Hassler and Dr Quénivet argue that Russia was (and is) using nationality (understood in a wide sense of the term) as a political, economic, and cultural tool to justify expansionism in neighbouring States. Its use of nationality is commonly known in academic literature as ‘passportisation’.

This analysis, drawing on the experiences in the Baltics, Georgia, and Ukraine, have led Dr Hassler and Dr Quénivet to go a step further, examining whether passportisation is part of a wider policy and whether Russia is rewriting the post-1945 rules that are based on the sovereignty of States, the prohibition of the intervention in internal affairs, the prohibition of the threat of or the use of force, the principle of self-determination and the protection of human rights. Russia, so it seems, is using grey areas in international law to implement a policy whose legal implications are in breach of the key principles of the UN Charter relating to international peace and security. It is contended that the policies and tools (eg conferral of nationality, support for the right of self-determination, protection of nationals abroad, threshold of ‘armed attack’, etc) developed and used by Russia are not necessarily unlawful per se; they can indeed in some instances be justified under international law as they fall within its grey areas. That being said, the situations created as a result of this policy are often unlawful (eg recognition of a State that is part of the territory of another State, occupation and annexation, etc.). In this regard, it is particularly remarkable that in all its activities Russia is taking great care in providing legal justifications. Failing to be able to justify its actions, Russia simply denies its involvement. The key question is whether Russia is using the law and the grey legal areas to advance its own version of international law and thus contributes to delineating the norms of international law or whether it is incrementally testing the limits of international law with a view to modifying the post-1945 legal framework. Dr Hassler and Dr Quénivet argue that in fact Russia is not proposing a novel interpretation of international law; rather, it is testing to which extent some less established norms and practices in international law can be modified to suit its own purposes and interests. Here, Russia is acting much alike other States, trying to preserve its national security and territorial integrity. As a matter of fact this emphasis on State security and integrity reveals that Russia is keen on securing an old – based on military security – rather than a more contemporary – based on human and environmental security – interpretation of the post-1945 rules.