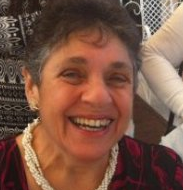 Rosalind Wright CB QC is to be awarded the Honorary Degree of Doctor of Laws (Hon LLD) by the University of the West of England (UWE Bristol) in recognition of her commitment to Law and Fraud advocacy.

Rosalind Wright is a barrister who has spent most of her working life in the public sector. She was called to the Bar by Middle Temple in 1964 and started practice in the common law chambers of Morris Finer QC. While there, she volunteered as a caseworker for Justice, reviewing historic allegations of wrongful conviction and spent Wednesday afternoons, happily giving legal advice on widely diverse areas at the Mary Ward Legal Advice Centre in Bloomsbury.

With two very small children and inadequate domestic help, she resolved to leave private practice after five years and joined the government service for a short while until the children were of school age. In fact she stayed at the Department of the Director of Public Prosecutions for 18 years, acquiring another baby and a fascinating litany of some of the most notorious and difficult serious prosecutions, including numerous murders, IRA terrorism and frauds on Lloyd’s of London and the Guinness cases.

In 1987, when the CPS was a year old and the DPP’s department was its headquarters, Ros was Head of the Fraud Investigation Group for London, the forerunner of the Serious Fraud Office and was asked to head up the fledgling disciplinary department of the Securities Association, later the Securities and Futures Authority.

Her fraud experience stood her in good stead, helping to keep the City a clean and reliable place to do business, by investigating and bringing disciplinary actions against errant stockbrokers and futures dealers. She was made Director of Policy and General Counsel of the SFA and was head-hunted once again, this time to head up the Serious Fraud Office, where she was Director, from 1997 to 2003, under the “superintendence” of four successive Attorneys General.

Having retired from the civil service, Ros took on a number of part-time appointments, all in the public or charitable sector, including non-executive directorships of the Office of Fair Trading and the Department of Trade (later BIS) legal department, the chairmanship of the independent Fraud Advisory Panel, which she held for 11 years, and was appointed to the Supervisory Committee of the European Anti-Fraud Office, at the European Commission in Brussels, which she chaired for two years and remained a member for a further four years.

Ros is currently a busy bencher of Middle Temple, where she chairs the Risk Committee and sits on its Scholarships and Prizes Committee. She is Complaints Commissioner for the London Metal Exchange and a member of the Exclusion Committee of the European Investment Bank.

She sits on the Regulatory Board of the Association of Chartered Certified Accountants and chairs its Appointments board; she is also a member of disciplinary panels of the Association of Accounting Technicians, CIMA and the National Register of Public Service Interpreters. In her spare time, she is a proud grandmother of seven.

I am hugely honoured to receive the Honorary Degree of LLD from the University of the West of England. It denotes the significance which the University attaches to the awareness of the enormous harm that fraud does to our economy and to the well-being of individuals and businesses directly and indirectly affected by it. Most of my professional life has been devoted to trying to combat fraud and increase public awareness of its dangers and this award is a wonderful recognition by the University of the importance of this work.

The Honorary Degree of Honorary Doctor of Laws (Hon LLD) will be conferred at the Awards Ceremony of the Faculty of Business and Law at Bristol Cathedral on Friday 14 July at 14:00.