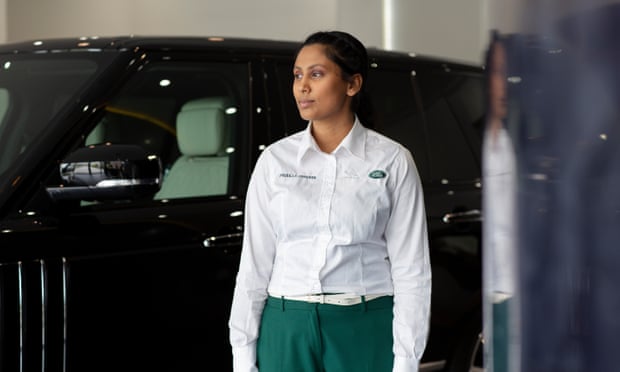 The UWE Bristol MEng Aerospace Engineering course, and student Prisilla Johnson who has also gained a private licence with a UWE Bristol partner flying school in the US, have been featured in The Guardian.

It’s great to see in the article that Prisilla feels that she has been able to grow at UWE Bristol through the opportunities that have been offered to her. The full feature can be read here. 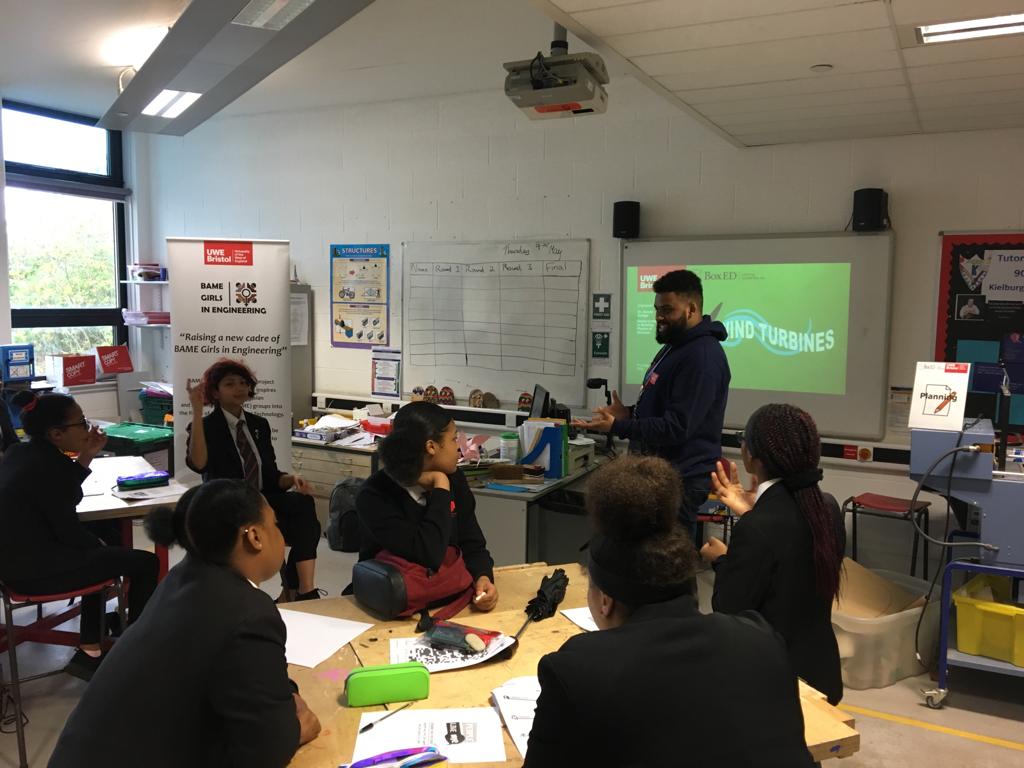 Dr Udonna Okeke tells us about a hugely successfull visit of his project,  BAME girls in engineering, to Bristol Brunel Academy in this guest post.

BAME Girls in engineering in partnership with UWE BoxED, had an outreach event at the Bristol Brunel Academy on Thursday 9th May and I am extremely excited to say that the feedback from the school has been very positive.

The school is happy with our outreach project and are very keen for more outreach and other engagements with the project. Based on the feedback, the students are very happy with the outreach activities that took place and would like us to make a return visit.

Below is some of the feedback from the students:

“Excellent: it was fun, exiting and very interesting. The robotics coding was very fun, especially when we were controlling the robots”

“I thought it was very good and inspiring and I liked making the turbines and playing with the robots. I want the outreach to happen again on a Thursday”

“It was nice and fun when we listened to the talk and was given the opportunity to code and control the robots”.

This feedback means a lot to me and I am looking forward to the next phase of this project. 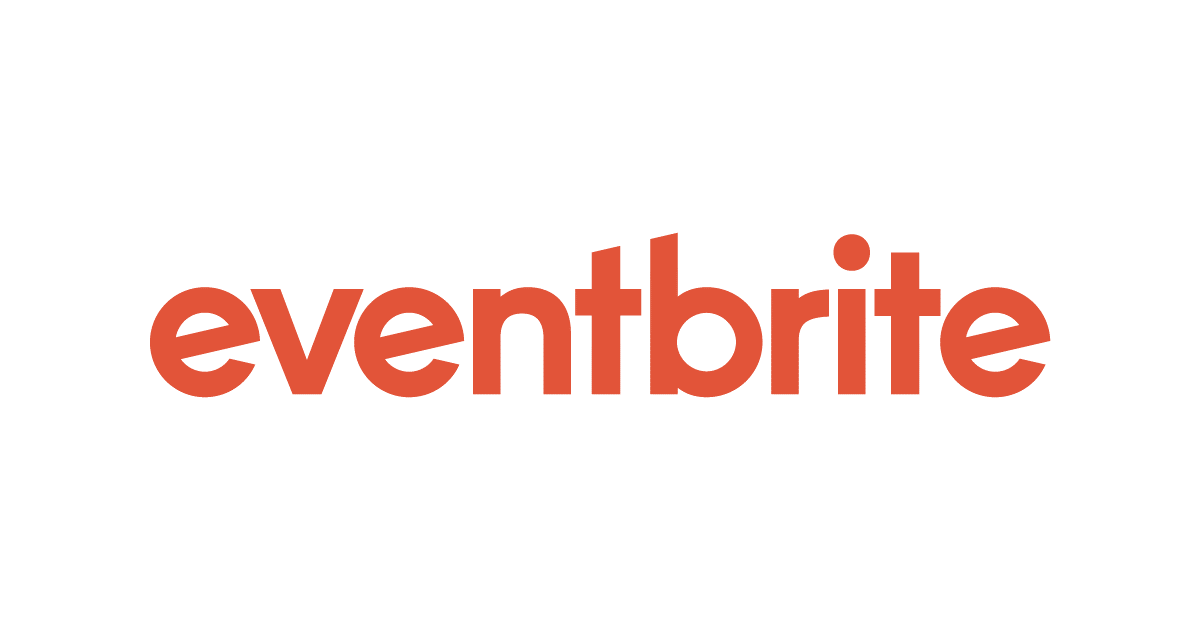 Women in Nuclear are hosting a free workshop on self-awareness and individuality in Bristol on 20th June.

Greater self-awareness and awareness of others is key to increasing conscious inclusion. Caroline Brown and Emily Hutchinson will share the Strengths Approach used to shift our focus from the collective to the individual.

The Strengths Approach has its origins in Positive Psychology and has been proven to improve happiness and wellbeing, as well as performance and success, and inclusivity (and hence diversity).

They will explain the approach and you will have the opportunity to identify your own strengths and to explore how using them could make a difference to your performance.  This understanding will also help you to be able to ‘strengths spot’ in others and help them to also embrace their individuality and operate at their best.

For information and to register please see the event page on Eventbrite. 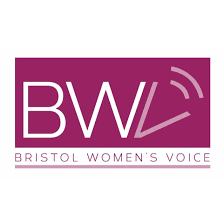 Bristol Women’s Voice have featured our Women Like Me project, run by Dr Laura Fogg-Rogers and Dr Laura Hobbs, on their blog.

Bristol Women’s Voice is a powerful voice for women making women’s equality in Bristol a reality. They make sure that when key decisions are taken in the city women’s voices have been heard and their concerns acted upon, working to increase awareness of women’s rights and to make sure services meet women’s needs. They bring women together to share ideas and experiences, support campaigns and celebrate success so that together we can make Bristol a showcase for women’s involvement, empowerment and equality.

Our work was highlighted in the blog as

“Revisiting and rewriting a traditionally male-dominated and gendered history has never been more topical and this initiative has help ensure that female engineers and in other STEM roles, past and present, are afforded the recognition that they deserve.”

We are very proud to that Engineering our Future and Women Like Me have been highlighted! The full post can be read here. 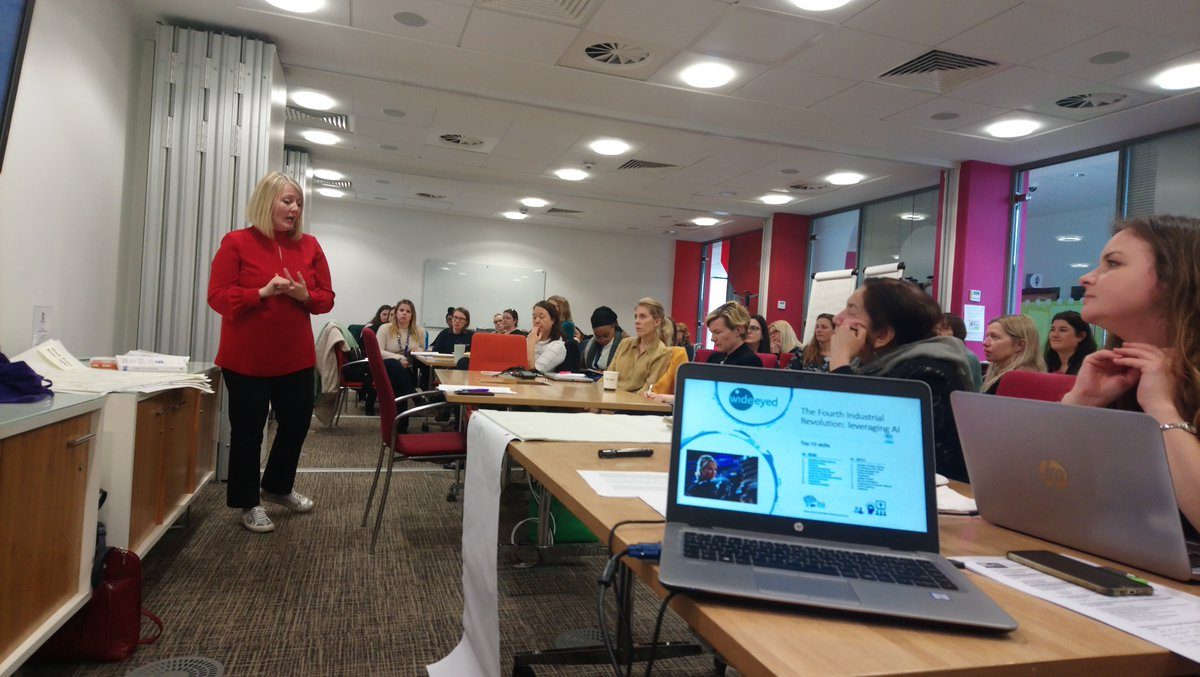 In our public event at Bristol and Bath Science Park today, as part of Women Like Me’s closing event for this round, we are exploring the concept of emotional intelligence with Caroline Morris of Wide Eyed Group Leadership Consultancy.

Caroline recently wrote a great blog for us about Emotional Intelligence; read all about it here. 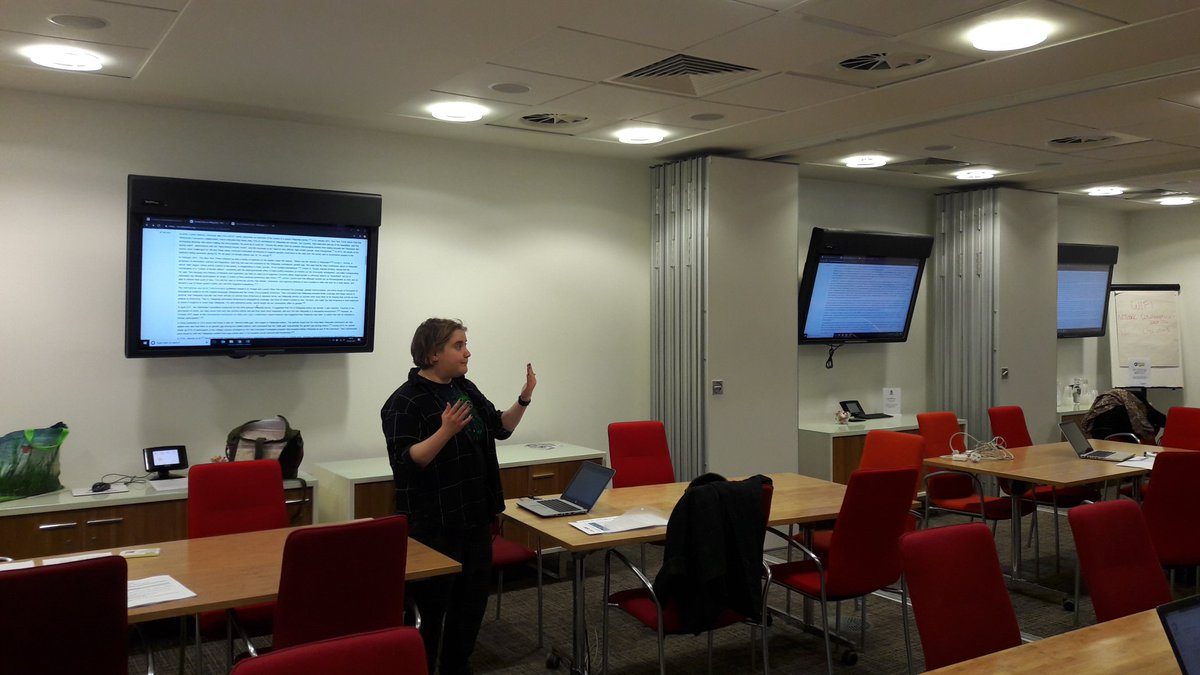 The joint WES-UWE Wikithon, part of the WES Centenary celebrations, is currently underway at Bristol and Bath Science Park.

Volunteers are editing Wikipedia to increase visibility of women in STEM.

The Women in Business Task Group, established to champion and advance the careers of women and help improve gender representation in businesses across Bristol, consists of women representing organisations from the private, public and not-for-profit sectors and is part of the Bristol Women’s Commission (BWC). The BWC was created in 2013, seeing Bristol become the first UK city to sign the European Charter for equality of women and men in local life.

The task group is using the Women in Business Charter to support businesses in improving their awareness of gender equality and changes that need to be made. Employers across the city are being asked to lead by example and commit to taking action to promote gender equality in the workplace. This will be guided through the seven goals of the Charter, which include promotion of flexible or part-time work at all levels, and increasing the number of women at senior levels and on boards. 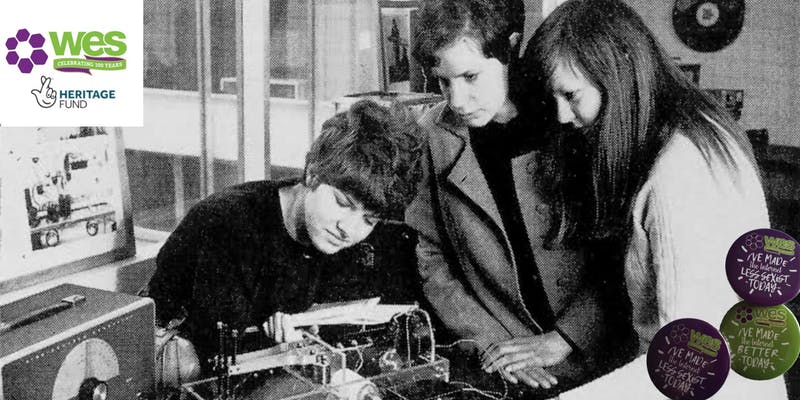 There’s still time to sign up for two FREE events, hosted by UWE at the Bristol and Bath Science Park tomorrow (please note the change of venue; these events were originally scheduled to be held at UWE):

This event brings together our leading players in women’s mentoring across the West of England, to explore how we can support each other and learn from best practice. Organised by UWE Bristol’s Women Like Me project for engineering mentoring, the network also connects with Women in Science and Engineering Bristol, the Women’s Engineering Society centenary and Curiosity Connections Bristol.

Come and join us to develop your digital skills and learn more about editing Wikipedia. Help to celebrate brilliant women engineers by creating and improving their pages on the world’s favourite online historical record.

Complete beginners and experienced editors, all are welcome to attend – we’ll provide training for anyone new to editing. If you already have some wiki editing experience, we can help you improve your skills and learn a few new tricks. If you’ve spotted an article that needs improving, bring along your queries and we’ll see what we can do to help. Suggestions for articles to improve and create will also be provided, along with research resources. 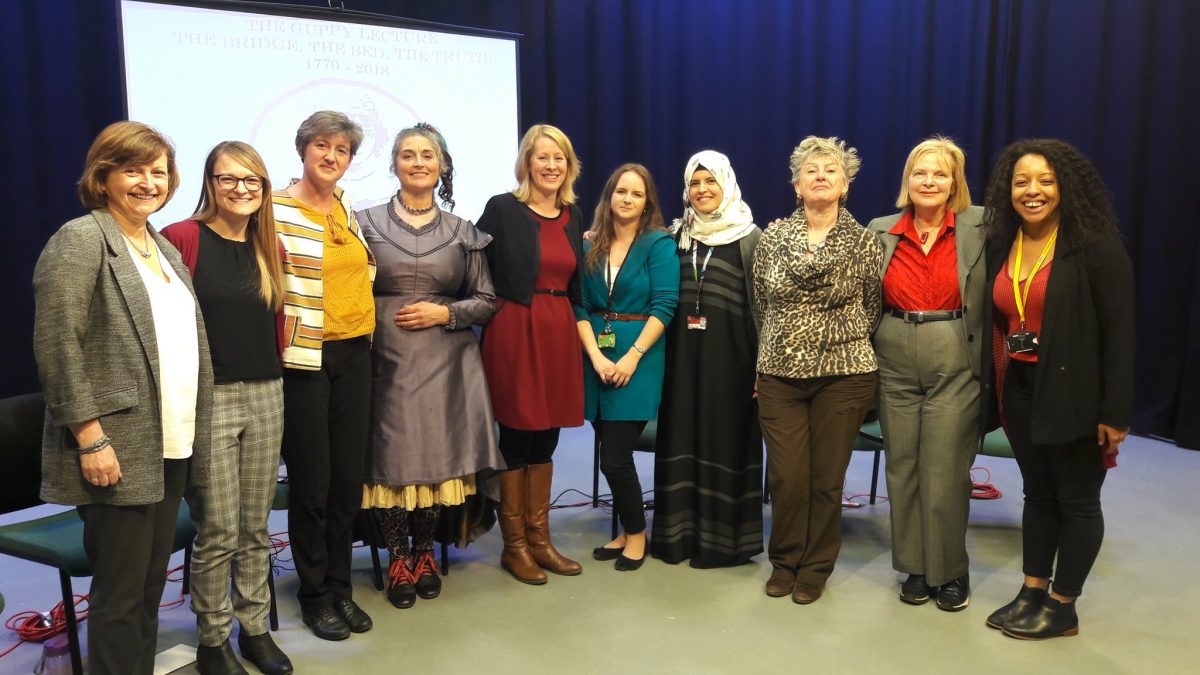 These included comments such as:

“You won’t look at Isambard Kingdom Brunel or the Clifton Suspension Bridge in quite the same way ever again after seeing this piece.”

“An inspiring and witty homage to someone who deserves a far more central place in Bristol’s – and Britain’s – commercial and industrial history.”

“Please find a way of getting this into every school in Bristol.”

Which is what Show of Strength, in collaboration with UWE Bristol, Future Quest, Clifton Suspension Bridge and the SS Great Britain, did yesterday.

Girls from Bristol Brunel Academy and Bristol Metropolitan Academy, coordinated by Future Quest’s Gemma Adams, attended an exclusive showing of Sarah Guppy: The Bridge, The Bed, The Truth in UWE’s filming studio at the university’s Bower Ashton campus. The performance was filmed, thanks to UWE’s Abigail Davies, and followed by a panel discussion on women in STEM (Science, Technology, Engineering and Maths) which was also recorded so that both elements of yesterday’s production can be shown in schools.

“It’s still not great for women in STEM but at least we’re allowed to be engineers and scientists now!”

Discussion ranged from why girls don’t choose STEM subjects to the best thing about an engineer and back again, via conversation about what engineers can expect to earn, how to get into engineering and more.

“both inspiring and thought provoking”

And it is hoped that the film will inspire many more school students in future.

ESRI have recently published a new working paper, “It’s not just for boys! Understanding gender differences in STEM”. The report, authored by Judith Delaney and Paul Devereux, relates to the STEM education landscape in Ireland. The synopsis reads:

While education levels of women have increased dramatically relative to men, women are still greatly underrepresented in Science, Technology, Engineering, and Mathematics (STEM) college programmes. We use unique data on preference rankings for all secondary school students who apply for college in Ireland and detailed information on school subjects and grades to decompose the sources of the gender gap in STEM. We find that, of the 22 percentage points raw gap, about 13 percentage points is explained by differential subject choices and grades in secondary school. Subject choices are more important than grades — we estimate male comparative advantage in STEM (as measured by subject grades) explains about 3 percentage points of the gender gap. Additionally, differences in overall achievement between girls and boys have a negligible effect. Strikingly, there remains a gender gap of 9 percentage points even for persons who have identical preparation at the end of secondary schooling (in terms of both subjects studied and grades achieved); however, this gap is only 4 percentage points for STEM-ready students. We find that gender gaps are smaller among high-achieving students and for students who go to school in more affluent areas. There is no gender gap in science (the large gaps are in engineering and technology), and we also find a smaller gender gap when we include nursing degrees in STEM, showing that the definition of STEM used is an important determinant of the conclusions reached.

The working paper can be downloaded from the ESRI website.