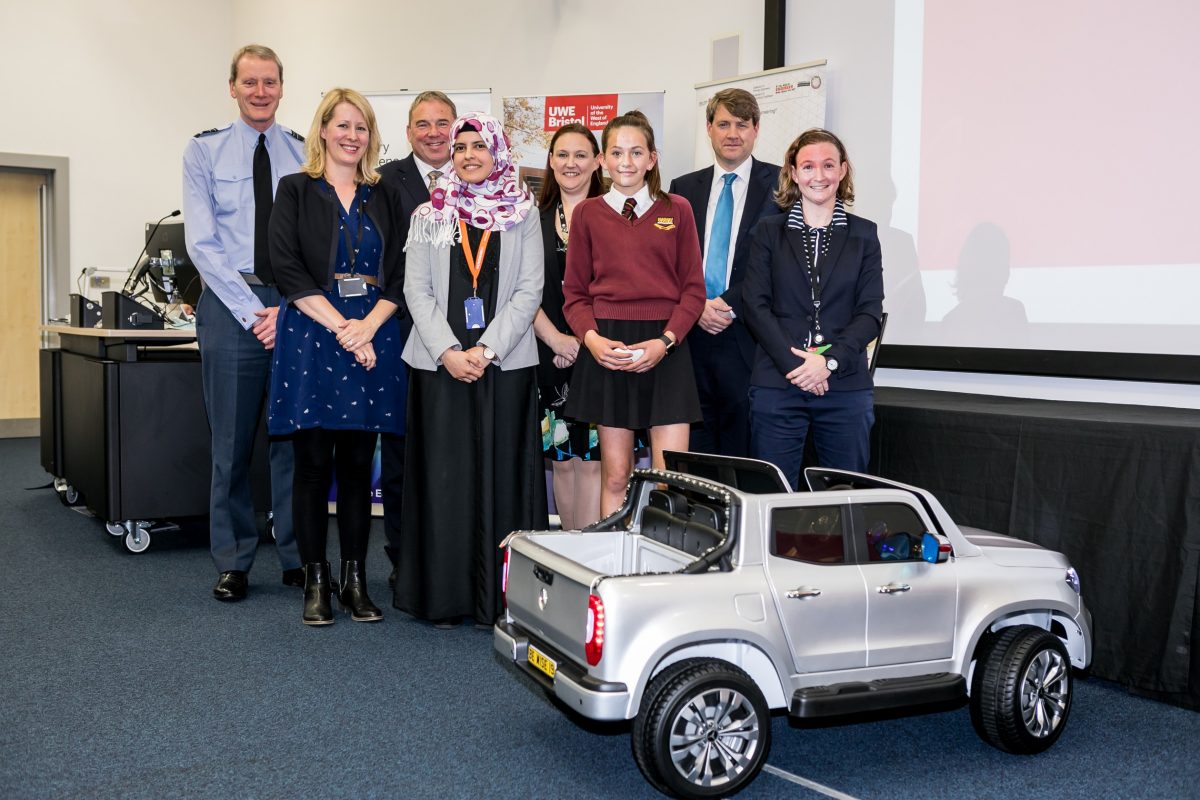 Last year, Hugh Sexey CE Middle School student Philippa Griffiths designed the Red Line Braking System for the Leaders Award competition, in response to the question “If you were an engineer, what would you do?”

The Leaders Award sets this challenge to encourage children to identify a problem that engineering could solve, and devise a solution. Philippa’s invention was picked as a winning design for the South West, and then selected to be turned into a working prototype by a team of UWE Bristol engineers. Philippa’s design displays variable red lights on the back of a vehicle to alert other drivers of the severity of the braking and levels of attention needed.

Our team of female student engineers from the university’s Women in Science and Engineering Society, including some taking part in our Royal Academy of Engineering funded project Women Like Me, turned Philippa’s idea into reality, visiting her school during the process and providing updates as they went.

The prototype was unveiled at the South West Leaders Award exhibition at UWE Bristol on Friday 14th June 2019 by Philippa, Katy and Miriam. The prototype, along with this year’s shortlisted entries, was also on display on Saturday 15th June at the University’s Exhibition and Conference Centre (ECC). Hundreds of visitors of all ages were able to try it out, as well as taking part in exciting STEM activities provided by the MOD, Aerospace Bristol, and UWE. The displays included having a go with drones, Lego Mindstorm, and a virtual reality tour of the new Engineering Building.

Congratulations to Philippa and the team for designing and creating a fantastic new engineering solution!