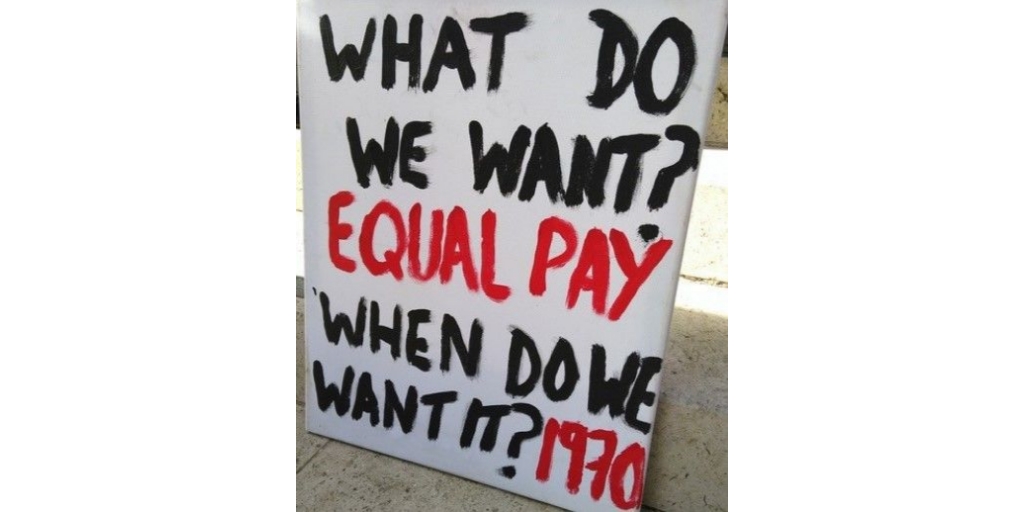 This blog post was written by Hazel Conley, Professor of Human Resource Management in the Faculty of Business and Law.

Both Karl Marx and President Obama, although one rather more diplomatically than the other, noted that social progress can be measured by the way societies treat women and girls. That observation is as prescient today as it was in the 19th Century.  Some of our sisters are still fighting for even basic human rights and it wasn’t that long ago, 51 years to be precise, that working women in the UK were not deemed worthy of the same rates of payment, regardless of their level of skill, as even the most unskilled man.  The idea of having a skilled male rate, a semi-skilled male rate, an unskilled male rate, a significantly lower woman’s rate, and although never formally acknowledged, the probability of an even lower Black woman’s rate, seems shocking now, but how far removed from the actuality of that are most organisations in 2021?

An interdisciplinary AHRC funded research project that I am working on with colleagues at UWE, Edinburgh University and UCL tracks the progress made towards women’s formal equality in the UK by examining the history of the equality legislation and the struggles fought by women to achieve it.  My main role in the project is to lead the part of the research that examines equal pay and, more latterly, the gender pay gap.  The starting point of this research is to examine the activism and events that led to the Equal Pay Act in 1970 and the continued efforts to make the law workable in the face of immense structural and attitudinal barriers to its effectiveness.

The research is proving to be fascinating in so many ways.  As part of the research, I have been reading the Castle Diaries, the political autobiography of Baroness Barbara Castle, the Labour Party Politician who oversaw the passing of the Equal Pay Act 1970.  Growing up in a working-class family active in trade unionism of the 1960s and 70s, it is a period in history that I still remember but, politically, it seems almost like reading science fiction. Thinking about a trade union movement with a powerful ‘seat at the table’ feels like another lifetime, but what was clear then and has continued to weave in and out of the history of equal pay, is the tension between collective bargaining and women’s pay equality. The tension is rooted in a conceptualisation of equal pay as a cost: an inflationary cost to the government of the 1960s and 70s, a cost in terms of the public sector pay bill for past and present governments, a cost to men’s wages for trade unions and the cost to private sector employers in the form of a drain on profits.  Of course, we are now very familiar with ‘business case’ arguments for equality but it still feels unconscionable to think that equal pay for women should ever be reduced to a cost-benefit analysis. Pay equality on the basis of sex is a human right but still we have thousands of women fighting equal pay cases and a national gender pay gap of 15.5%, much the same as the Ford Dagenham women had in their now famous dispute in 1968.  We might, therefore, ask just how far the social progress dial has moved in 51 years.

Unpacking the history of equal pay has undoubtedly confirmed that governments and employers will go to extraordinary lengths to limit the financial impact of anything approaching women’s pay equality. Trade unions have held a more ambivalent position, at times championing equal pay and at others being part of the problem rather than the solution.  Looking in detail at the job evaluation scheme that relegated the Ford Dagenham women to 85% of the unskilled male rate is a classic example of how women were repeatedly hoodwinked and, quite frankly, bullied into accepting a lower rate for their work than they knew they were worth.  At the start of their dispute the Ford women were angered by the grade they had been given following the job evaluation and may not have immediately recognised their sense of injustice as an equal pay dispute.  At that time only middle-class women working in the civil service and teaching had nominally been granted equal pay, so why would women factory workers think, in 1968, that they should have equal pay with men when government, trade unions and employers alike told them that they were the bottom of the pile when it came to a share of the immense profits being made by the Ford Motor Company. Having said that, one of the trade unions involved, although it must be said rather instrumentally, raised the idea that the disparity was one of equal pay rather than simply a grading dispute.  Regardless of arguments about whether the Ford women had class or feminist consciousness, the historical data point to the dispute being as much about equal pay as fair pay.

The next phase of our research will take us into the years following the implementation of the Equal Pay Act in 1975 when many of the overt cases of gendered pay discrimination had either been resolved or obscured to make it less evident, hiding in the crevices of inadequate legislation.  The number of equal pay disputes began to decline in this period, not only as a result of the Equal Pay legislation but also because labour law during the Thatcher period and beyond made it increasingly difficult to take industrial action of any sort.  Our early findings tentatively suggest that this may have had a particular impact on women’s collective disputes for equal pay and may have been one of a number of factors in the growing use of the equal pay legislation and case law from the mid-1980s onwards that has come to characterise women’s struggle for equal pay in the UK. 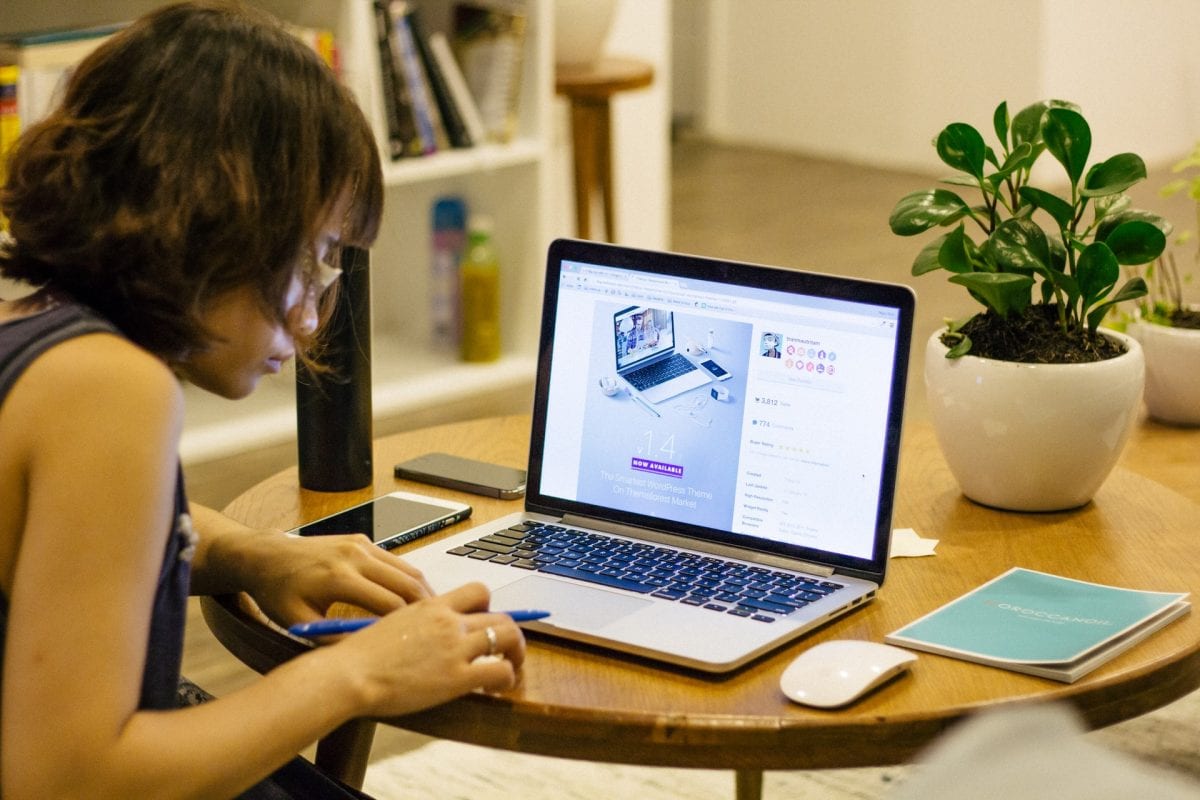 Dr Rochelle Haynes, Senior Lecturer in Human Resource Management at UWE Bristol and CEO of Crowd Potential Consulting Group co-authored a recent global survey of nearly 2,000 independent workers and business leaders, some of the survey findings were highlighted in a recent article written by Larry English for Forbes last month.

More and more, workers are breaking free of the 9-to-5 paradigm and striking out on their own as independent contractors, freelancers and digital nomads.  Although a large percentage of business leaders expect gig workers to make up a larger share of their workforce in the near future, the reality is few have figured out how to effectively engage them. A recent global survey of nearly 2,000 independent workers and business leaders showed that only 10% of gig workers feel highly valued by their clients, and half feel undervalued. Additionally, many of these workers receive no support and are rarely recognized or rewarded for their contributions, says Dr. Rochelle Haynes.

The relationship between businesses and gig workers must evolve if businesses want to continue attracting top talent and maintain a competitive edge. In addition to highlighting the problems gig workers encounter, Dr. Haynes’s research also provided clarity on how businesses can better engage these workers and tap into their value:

To find out more about the four points above on successfully engaging Gig workers, read the full Forbes article HERE