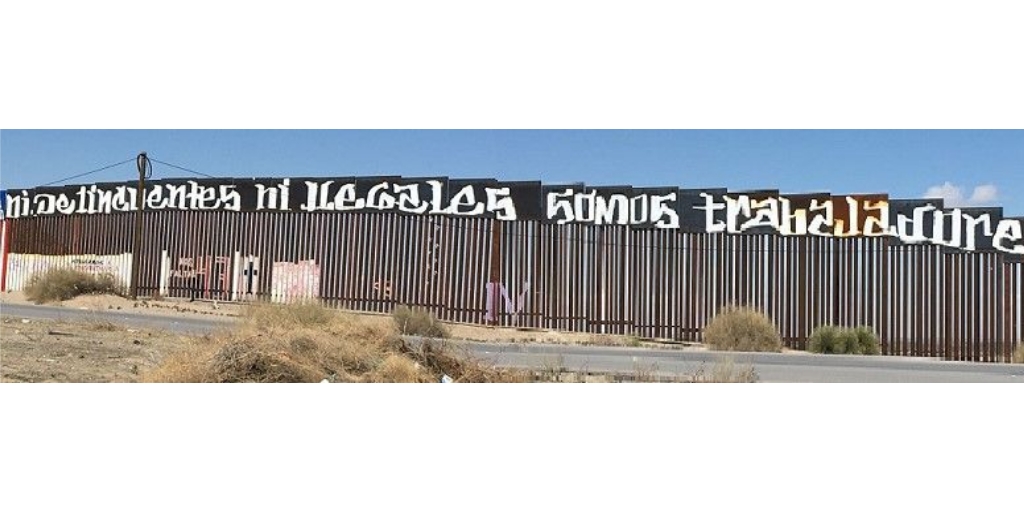 The context and the problem

Evidence from the research makes clear that the most vulnerable groups are not homogeneous due to the multiple intersections of gender with inequalities based on class, ethnicity, nationality, citizenship and migration status (Durbin and Conley, 2010; Verloo, 2006; Williams and Bradley, 2013; Walby, 2009). Research in recent years has focused on how the multiple intersections of gender and inequalities take form in specific contexts, like the borderlands. Stuenkel (2016) and Thompson (2015) argued that because of the nature of the borderlands as social liminal spaces, inequalities become part of the everyday organisational practices. It is on the borders where a discourse relating gender discrimination, ethnic nationalism, difference, otherness with vulnerability is taken for granted, produced and reproduced and used to justify organisational practices.

The location of this project, the border between San Diego (US) and Tijuana (Mexico), is paradigmatic. Indeed, some literature has defined San Diego-Tijuana as an urban hybrid space of cultural contradictions (Berelowitz, 2005; Montezemolo 2005; París-Pombo and Peláez-Rodríguez, 2016; Reimer, 2016), and even as a “postmodern laboratory” where to study organisational vulnerability in practice (Soto, 2007)

Research is consistent in demonstrating that vulnerable demographic groups in geographies like the Mexican borderlands, and organisations within them, are extremely sensitive to international contexts and policies (Leschke and Jepsen, 2012; Pearson and Sweetman, 2011). In the case of this borderland, the vulnerable group -women- constitutes the majority of the population: more than a half of the population of Tijuana and the state of Baja California (50.2%) is made up of women. Women are also the majority of those of productive age and active organisational life. The educational level and economic contribution of women has increased in the last decades (INEGI 2019).

Previous research projects in Mexico demonstrate that in the case of the borderlands, women are not socially constructed as vulnerable per se. Women are recognised as having a high degree of social resilience, adaptation and adaptability, but organisational practices make them vulnerable (Bustillos, 2016; Bustillos and Martínez, 2017; Gaggiotti, 2018).

The project consists on an action programme to develop capacity within organisations in the Mexico-US borderland to prevent and reduce organisational vulnerability of women in Tijuana through the implementation of three impact factors: 1) encouraging women organisational participation, 2) reducing masculine organisational patronisation and 3) recognising and celebrating gender organisational diversity. Previously awarded British

Academy-Newton Fund projects (Gaggiotti and Ramos, 2015. How to study business and organising on permanent movement: new ethnographic practices to study the borderlands; Gaggiotti and Bustillos, 2016-2018. Organising in the borderlands: applying research to support families, children and youngsters in Mexican-USA borderlands (Ciudad Juarez, Mexico) demonstrated the benefits of producing knowledge of how organisations are crucial when supporting children and families in the borderlands. These funded projects highlighted the need to: a) expand and exchange this knowledge beyond academic and innovation circles; b) consolidate the capacity of British and Mexican researchers to effectively extend these research outputs to urban binational contexts; and c) consider the case of women’s organisational vulnerability as a vital arena to effectively produce social impact.

This project sets a means for satisfying the above needs and extends the impact from previously funded research. The impact strategy of the project consists of 5 innovative tools (reverse conference, short ethnographical fictional films, reflective discussion groups, podcasts and a mobile app (iOS/Android) that are co-produced with and used by 5 organisations in Tijuana (Mexico). The collaboration is based on long-lasting and trusted Mexican-British academic relationships with potential for mutual benefit to both partners (University of West of England and University of Baja California) at urban and country levels. Partners and associate partners have a full understanding of the social needs of the benefited country, share a methodological approach, a mutual interest in comparative research agendas and linguistic and cultural affinity. These are the ideal conditions for the transfer of mutual research expertise. The possibilities for longer term collaboration and future comparative research and impact on policy makers at regional and national level (10+ years) are high.

The decision and inspiration to work on the above impact activities for this project emerged from the experiences and feedback from the previous ones. All activities are evidence-based and specifically designed to maximise impact. A good number of engagement activities are coproduced in the context of helping vulnerable women to reflect and learn on issues such as mobility, migration, employment and health, but also in addressing other agendas, like environmental and sustainability aspects.

Another major benefit of the collaboration is the creation of an extensive network of British and Mexican applied researchers and the capacity of the network to convince public and private Mexican institutions of the academic and practitioner value of applying research to minimise organisational vulnerability in the borderlands. A crucial benefit of the collaboration is also the impact and number of Mexican, European and British academics from a variety of disciplines who decided to join the project as research associates. The network is now popular among academics from a variety of disciplines such as anthropology, sociology, and health sciences but also among practitioners, in particular from HRM, tourism, documentary filmmaking and legal sectors. All are focussed on increasing capacity and improving the capability within Tijuana-San Diego region of those with organisational responsibilities for dealing with the social and economic vulnerability of women.