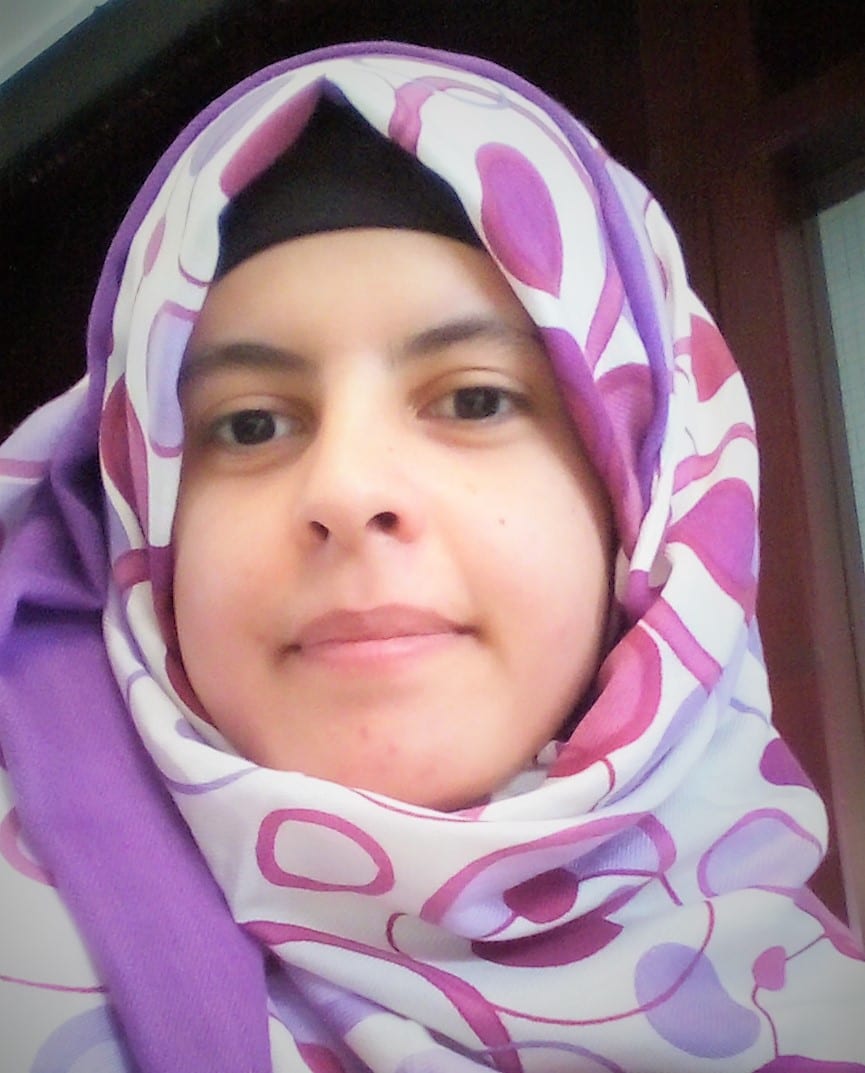 The Leaders Award asks children “If you were an engineer, what would you do?”. This free competition asks students to find a problem, invent a solution, draw it, explain and send it in. Pupils are encouraged to both interview engineers and watch the online interviews.

Miriam, a student engineer in the Bristol Robotics Laboratory, is looking forward to her interview and will be discussing, alongside her work, what it’s like being a student engineer. She says she’s taking part “mainly to inspire them, tell them never give up and that it’s OK not to have things working right the first time“.

Miriam has promised to update us on how it goes! Our Women Like Me engineers have also been keen to take part, and will report back too – watch this space!

If you’d like to take part in the Leaders Award as an engineer or school, please get in touch with the team.

On Friday 5th October 2018, UWE Bristol project Women Like Me and the Leaders Award supported by UWE Bristol were presented to leading media editors at the First Friday Club meeting in London.

Presenting to the editors’ briefing, Chris Rochester, UK Director, Primary Engineer said: “In 2017/18 academic year we continued to develop our programmes across the UK which included working with 988 schools, 3,833 teachers and 1,325 engineers. Each one getting involved and helping nearly 57,000 children to understand that engineering is a broad profession with myriad opportunities. It emphasises engineering is a diverse sector which thrives on ingenuity and creativity of the professionals working within it”.

In the South West, the Leaders Award is supported by Defence, Equipment and Support (DE&S), the MOD’s procurement organisation, along with UWE Bristol.

Air Marshal Julian Young, Chief of Materiel Air, and who is the Ministry of Defence’s Engineering Champion and lead Science, Technology, Engineering & Mathematics (STEM) Ambassador for DE&S, said: “I am delighted that the Defence Sector is rising to the challenge of increasing its diversity in our Engineering profession, whether that is cultural, gender or nationality, and we are working closely with a range of STEM-related organizations, including Primary Engineer, to help to encourage young women and girls to not only express an interest in Engineering, but to follow that through into a career and a successful one at that!”

Two female engineers from Defence, Equipment and Support also gave accounts of their personal journeys into engineering. May Holmes started her career as a primary teacher – unaware there was more than one kind of engineering aside from civil engineering – before joining DE&S as a mechanical engineer.  She said: “Not all young people are lucky enough to be introduced to and experience STEM, which can be to the detriment of younger generations reaching their full potential as well as to STEM professions – particularly with current and predicted future skills shortages in STEM roles.

“Through programmes such as Primary Engineer, I enjoy challenging young people’s perception of what Engineering is, who an Engineer is, and encouraging all young people that it can, in fact, be for everyone.”

UWE Bristol are supporting the South West Leaders Awards and hosting the winners’ Awards Ceremony. A team of female student engineers from the UWE Women in Science and Engineering Society will build the winning design from 2018. Alongside this, UWE Bristol is galvanising support from local industries through their Women Like Me mentoring programme, where local female engineers will work with schools over the coming year.

Dr Laura Fogg-Rogers, who is the project lead and a science communication researcher at UWE Bristol, said: “Engineers are highly creative people who can help to solve many of society’s problems. It’s a really collaborative profession, where you have to work together in teams to see your visions and designs come to fruition. The range of roles and careers is really diverse, and that’s what we’d like to emphasise to all young people, particularly girls. You can make your own mark in engineering!”

Edited from a press release by Neil Fullbrook, Cadence neil@thecadenceteam.com 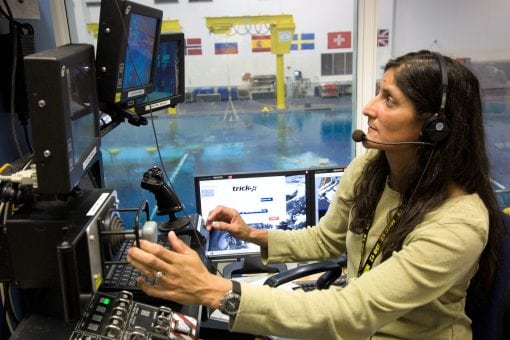 UWE Bristol is once again supporting the Primary Engineer & Secondary Engineer Leaders Awards in the South West of England.

On 20th September the Leaders Awards launched, with NASA astronaut Suni L Williams giving an online presentation for the 2018/19 competition. Primary Engineer Events Manager Jo Norwood told us: “The interview went really well. Thousands of children from across the UK watched Suni from their classrooms while she spoke about her career. Pupils were given the opportunity to ask Suni questions and here are some of the ones they asked:

What happens to water in space?

How do you go to the toilet?

If you had enough water could you make a swimming pool in space?

Does it take a lot of time to get used to being back on earth?

Has anything ever gone wrong in space?

Have you ever seen anything strange?

What happens when something breaks?

Have you ever broken anything in space?”

One Year 6 girl at Bothal Primary School asked Suni for any tips for girls who want a career in the STEM sector. Suni advised girls to take inspiration wherever they find it and to believe that they can achieve their goals – a strong message for the next generation.

Did you miss out on Suni’s interview? Primary Engineer are holding more live-streamed interviews with engineers! If your school wants to be involved in any of these interviews please register your interest via email to info@leadersaward.com and they will  keep you posted on their schedule.

Schools can also register for the Leaders Awards now. 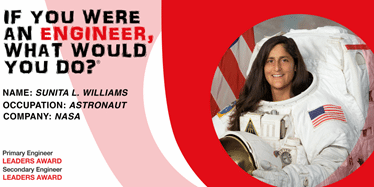 UWE Bristol is pleased to be supporting the Primary Engineer & Secondary Engineer Leaders Awards in the South West of England.

The awards, also supported by Defence Equipment and Support (DE&S), invite pupils from Primary and Secondary schools in the South West of England to be inspired by an engineer from a local industry. They can then apply an engineer’s eye to the world and identify problems in need of solving. When they have settled on their idea, they draw and annotate it, making clear what the problem is and their unique solution to it.

Leaders Awards ask pupils aged 3-19 the question “If you were an engineer what would you do?”. The free competition asks students to find a problem, invent a solution, draw it, explain and send it in. Pupils are encouraged to both interview engineers and watch the online interviews.

Primary Engineer are delighted to announce that their live-streamed interviews with engineers are back! Schools can register for the Leaders Awards now and take part on  20th September at 2.30 pm with Astronaut Suni Williams. More about Sunita can be found on their website.

If your school wants to be involved in any of these interviews please register your interest via email to info@leadersaward.com and they will  keep you posted on their schedule. 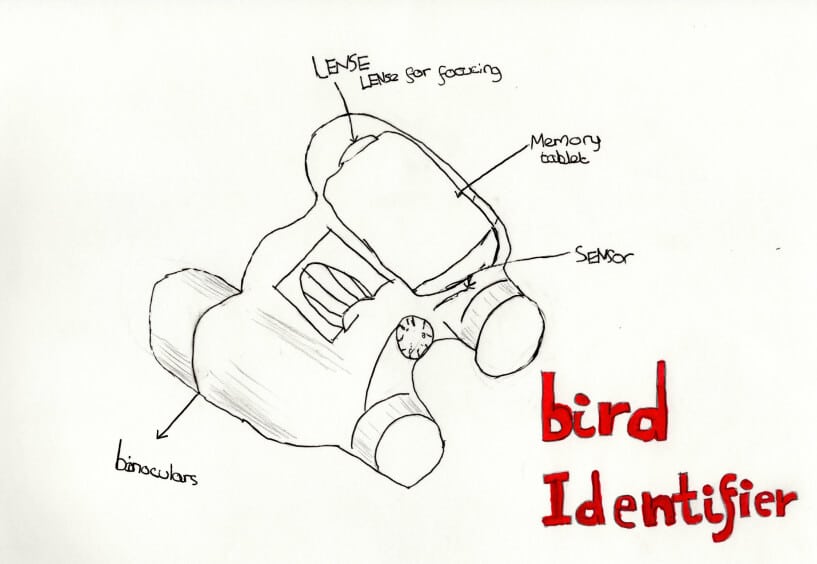 2712 children from across the South West answered this question with their designs to solve real-world problems.

The Leaders Awards is organised by Primary Engineer, helping children to meet real-life engineers. Led by Laura Fogg Rogers, UWE Bristol is an official sponsor, in partnership with Defence Equipment and Support (the procurement arm of the Ministry of Defence).

The shortlisted entries were showcased at a public exhibition in June 2018, bringing together 19 winners and their parents in a celebration with engineers from across the South West.

Children from Reception through to Year 10 were recognised for their efforts. Designs ranged from rotating bunk beds to bird-identifier binoculars. Students from UWE Bristol’s EngWest Studio will make one of the winning entries as part of their studies.

The future of engineering is here!

2018 is the Year of Engineering, a Government-led national campaign to increase awareness among young people, their parents and their teachers of what engineers do. This year, UWE Bristol and DE&S  (the MOD’s Defence, Equipment and Support organisation) are the partner organisations of the Primary Engineer & Secondary Engineer Leaders Awards in the South West of England. 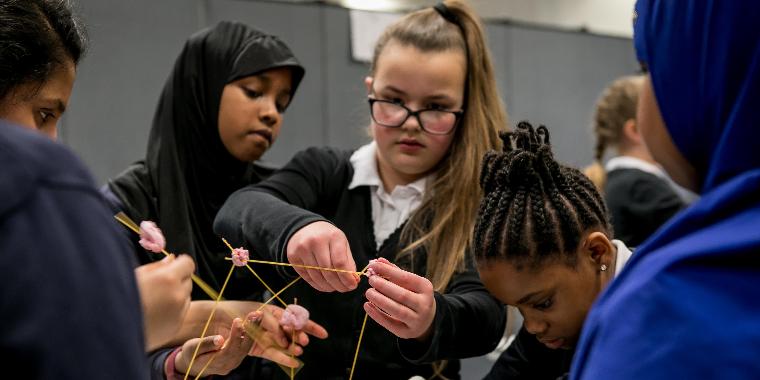 Leading on from International Women in Engineering Day on 23rd June, a week of engineering events organised by UWE Bristol at the end of June is set to showcase the creativity of current and future engineers across the South West.

On 28th June, activities for young people will celebrate women in engineering and inspire schoolgirls interested in the sciences.

On 29th June, judges will announce winners of the Engineer Leaders Awards, and the following day families can view the schoolchildren’s exhibited designs.

Laura Fogg-Rogers, who is coordinating the week of events and is Senior Research Fellow in UWE Bristol’s Science Communication Unit said: “Engineering has an image problem, but in reality it is a creative, socially conscious, and collaborative discipline. Engineers can make a real difference to improve the lives of people in the UK and around the world.

“That’s why it’s so important for UWE Bristol to run events like our Week of Engineering – we want to show all young people that engineering can be a career that helps them make a difference in society.”

Find out more, including the full programme of interactive activities, demonstrations and events for school groups, teachers and families, here. 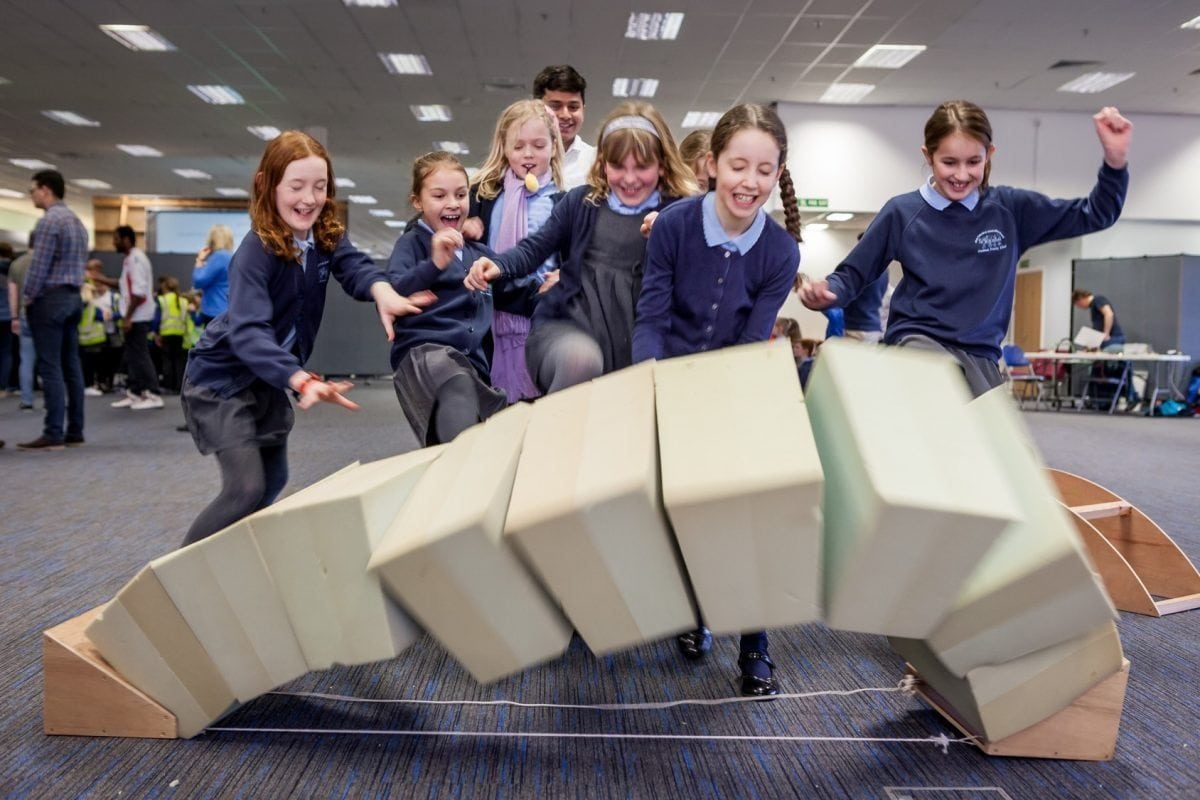 Take part in science and engineering demonstrations, and see the inspiring designs from the Leaders Awards – the children’s engineering design competition for the South West.

On Saturday 30th June, UWE’s engineers will showcase their latest research and technology in the Exhibition and Conference Centre at UWE. The event is free to all and will be a public open day for families and schools.

The event and Leaders Awards sponsorship have been organised by Laura Fogg-Rogers, a Senior Research Fellow in UWE Bristol’s Science Communication Unit, as part of her work on the Children as Engineers project. Activities include having a go with drones, taking on the role of a city planner in a cardboard version of Bristol, and experiencing the latest virtual reality data controllers.

Laura Fogg-Rogers, who has coordinated the event said, “Engineers are highly creative people who can help to solve many of society’s problems. It’s a really collaborative profession, where you have to work together in teams to see your visions and designs come to fruition. The range of roles and careers is really diverse, and that’s what we’d like to emphasise to all young people, particularly girls. You can make your own mark in engineering!” 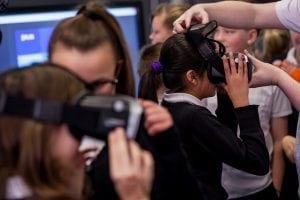 The public event forms part of UWE’s Week of Engineering, which celebrates the national Year of Engineering alongside International Women in Engineering Day. It will follow a series of activities including the Big Bang Fair at UWE and the Engineering our Future schools event, which will see 240 girls attend UWE to experience being engineers. 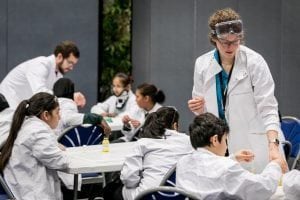 School pupils answered the question “If you were an engineer what would you do?” by identifying a problem in society that engineering could solve and devising a solution.  UWE students from EngWest Studio will turn one of the winning designs into reality later this year.

This blog was originally published on the Science Communication Unit blog.