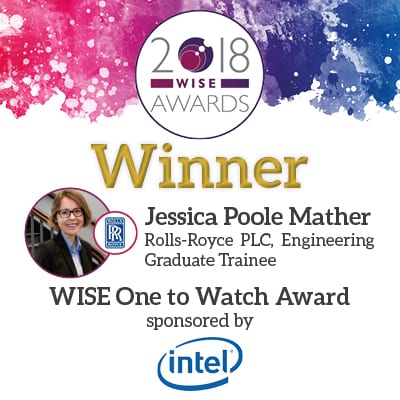 As we were delighted to announce last week, our Women Like Me participant Jessica Poole Mather of Rolls Royce won the WISE One to Watch Award on 15th November. In this guest post, Jess tells us more about how she got to where she is and her experiences so far as a woman in engineering. 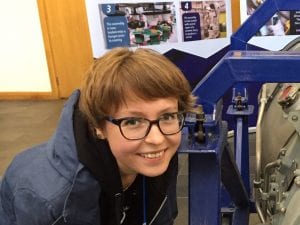 As a small child, I don’t think I would ever have thought I would be given an award for my stubbornness, for doing jigsaw puzzles, and existing so completely in my own fantasy world that I would talk to beetles and birds over other children. Looking back, I wonder now if I had been a boy, maybe I would have been called “adventurous”, or “independent”, or even “scientific”.

I’m now 23, and I’m an engineer at Rolls-Royce, stubborn as ever, now around changing perceptions of women in science, and working towards my dream world where we’re not destroying our planet with its own resources, and where people’s careers are pursued not because of how they’re labelled but because of what they want to do.

I was lucky enough to attend the WISE Awards this year, winning the One To Watch award alongside Alexandra Lawson, an engineer at Shell. We were both overexcited and stunned, and it only added to the confusion that I don’t think either of us spends much time wearing high heels – walking up the stairs to the stage was perhaps more challenging than it should have been. 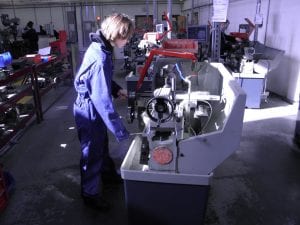 Growing up, throughout university, and since I’ve started work I’ve had the most incredible support network and role models, particularly my mum. I admit I was a little nervous going to start work at a large corporation as an engineer, when my degree had been in chemistry and I knew I would be one of the only women on the team. I won’t say I haven’t had any negative experiences, but those have been easily outweighed by some extremely positive ones, including a series of phenomenal line managers who always seemed to back me to do anything, and two brilliant mentors who I could go to for support.

In turn, I’m trying my best to do my bit to help other women into STEM. I’ve taken on multiple mentoring schemes, spoken at outreach events and careers fairs to children of a range of ages and to university students. Unfortunately, I occasionally catch my own unconscious bias where I’ve ended up talking about STEM to girls at these events more than boys!

The WISE campaign is an incredible scheme, made up of a group of people I’m extremely proud to be a part of, all working towards the same goal: diversity and inclusion in the workplace, whether that’s gender, race or physical or neurological disabilities, and working towards a world where we can all do what we are passionate about.