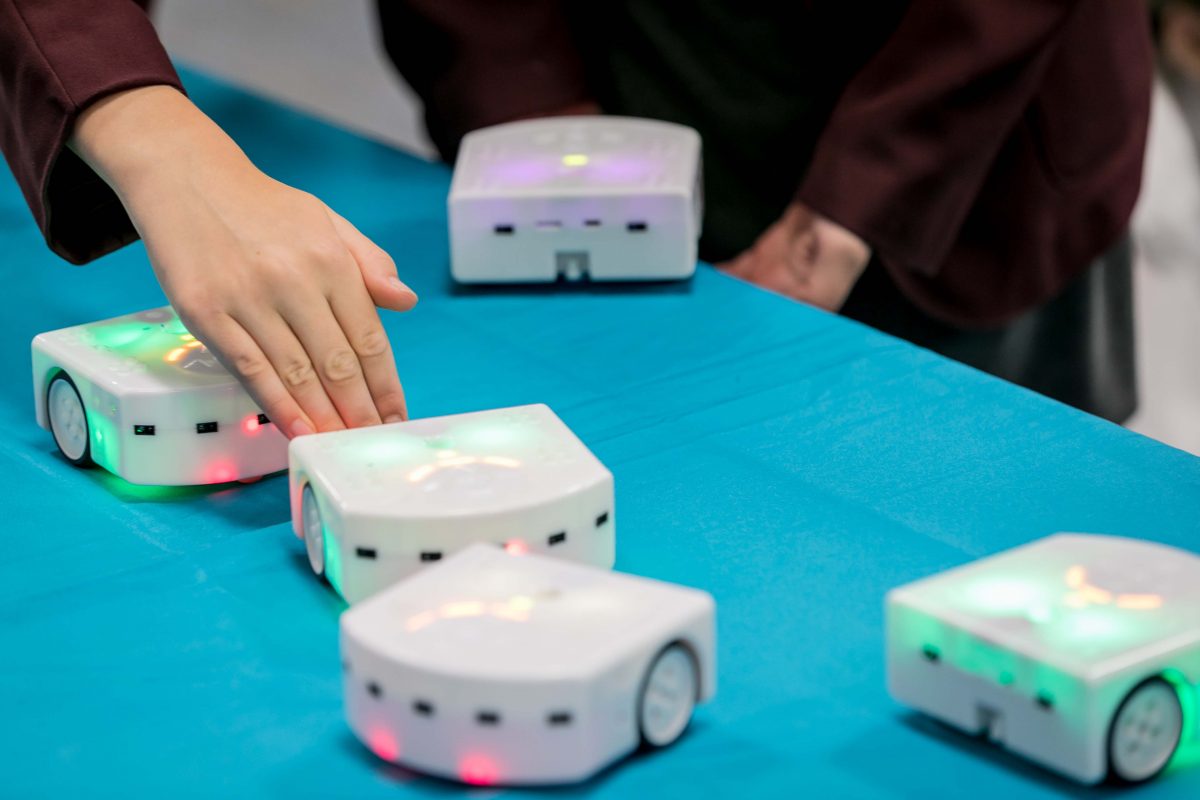 Bristol’s Tech Fair was held on Saturday 9th November, to celebrate local tech, engineering and science. UWE joined in with the carnival of family fun activities, with stands immersing approx. 200 attendees in a Virtual Reality experience and Robotic programming.

“It went brilliantly. We had loads of visitors come to the stand. The kids loved the vector robots and we had families working with the thymio robots on the floor. UWE almost took up the entire second floor!” reported student ambassador Daniel Buckley, who alongside fellow student Magnus Sligo-Young, was in charge of explaining how the thymio robot and vector robots worked.

When using the thymio robots, children and parents alike were given worksheets on which they had to link modes to the response displayed by the robots. For example, in red mode the robots avoided objects, responding in a fearful manner – moving away whilst beeping.

The students were surprised by how well children did compared to the accompanying parents!

The vector robots were also popular. Magnus said: “Kids loved the emotions displayed from the eyes on the vector robots and enjoyed seeing how they reacted to different situations…. the issue was that kids didn’t want to leave the stand!”