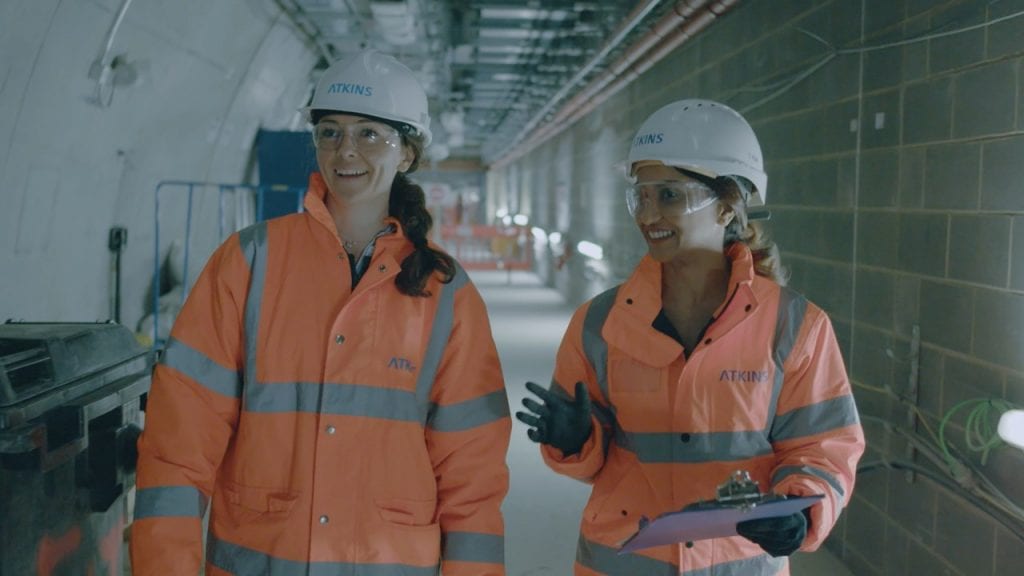 Back in November, Atkins engineer and Women Like Me participant Louise Hetherington wrote a blog post for us on Engine Ears, Atkins’ first STEM video for 7-11 year olds. The video has now been viewed more than 300,000 times and won an award, as fellow Atkins and Women Like Engineer Jess Batt tells us in this guest post.

In 2018, Atkins was involved in the UK Government’s Year of Engineering initiative which focused on helping people get to know what engineering is really like. As part of this work, we created Engine Ears – an animated film aimed at the engineers and designers of tomorrow, giving them an insight into the fascinating world of engineering.

In February, Engine Ears beat some stiff competition to win a RAD award in the ‘best single use of video’ category. The annual awards showcase the very best in recruitment communications and the judges were particularly impressed with the catchy song as well as the bright, appealing graphics.

The short film crossed a new frontier; its aim was to excite and inspire primary school children about engineering. It showcased how important engineers are to our daily life by showing what the world would be like if engineers did not exist, a world with no bridges, buildings or roads but more importantly – no Xbox or Nintendo.

Ellie Harte and Katie Cockerton from Atkins Talent Attraction team drove the project from inception, working very closely with film agency, Fifty One Films. “It’s a real honour to receive this award and we also want to say a special thanks to our STEM Ambassadors Vicky Stewart, Louise Hetherington and Kirsty Greener,” reflects Katie. “They provided invaluable feedback throughout the project, as did members of the ParentNet group who volunteered to show the first film drafts and lyrics to their children so that we could get first hand feedback from our target age group.”

The film has now been viewed over 300,000 times online. Every little bit helps in the quest to show young people just how exciting a career in engineering can be.