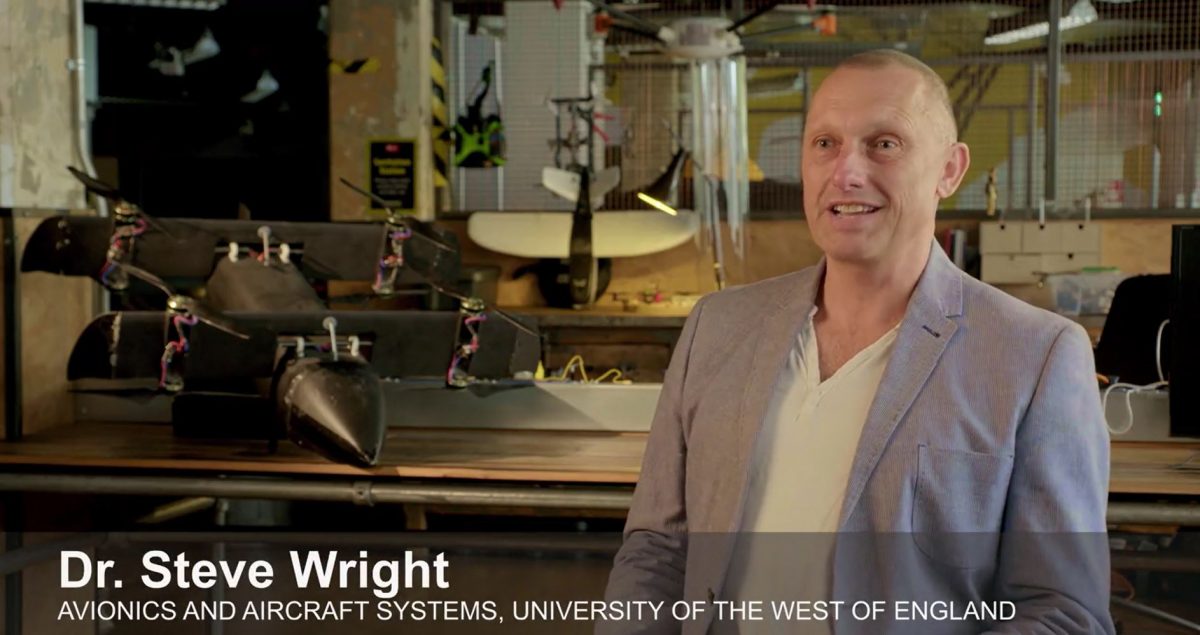 An engineering revolution is underway. Driven by dedicated individuals who are building extraordinary machines that will change our lives.

Dr Steve Wright, Senior Research Fellow for the Engineering Design and Mathematics department at UWE Bristol, was approached earlier in the year by BiggerBangTv for his comments on the future electric aircraft projects being featured in its documentary series Engineering the Future, now being streamed on HBO in the US and Curiosity Stream worldwide.

In the second episode of the series, Aviation, Steve, an Avionics and Aircraft Systems specialist, was featured speaking in The Foundry, UWE’s enterprise lab on Frenchay campus, where his drone and aerospace activities are based.

The episode introduces some of the most exciting and innovative electric and autonomous aircraft projects around the world and shares the inspiring stories of the engineering teams behind them.

UWE Bristol has declared a climate and ecological emergency. Through our 2030 Strategy we will work to address the urgency of the challenges we now face. Sustainability is embedded in our services, culture, research and teaching. We have invested heavily in campus improvements and new technology, with plans already underway to be carbon neutral by 2030.