The winners of the 2019 Leaders Award gathered at UWE Bristol for the South West awards ceremony on Friday 14th June.

The competition challenged children to answer the question: ‘If you were an engineer, what would you do?’ by identifying a problem that engineering could solve, and devising a solution.

From magnet wielding helicopters that tow broken down cars skyward, to surveillance parrots that alert wildlife trusts to hunters – the children’s designs tackled a great diversity of problems in modern society.

Minister for Universities, Science, Research and Innovation Chris Skidmore joined UWE Bristol Vice-Chancellor Steve West and MOD DE&S Air Marshall Julian Young to congratulate those who entered the competition. While the competition launches by using online interviews with real-life engineers to inspire the children, they all agreed that in the end it’s the children’s designs that inspire engineers!

Throughout this year, engineers in EDM have been supporting the competition, by grading 4385 entries, and taking part in the final judging panel. UWE Bristol is the South West regional supporter alongside Defence Equipment and Support (DE&S) – the Ministry of Defence’s procurement organisation.

The ceremony finished with a flourish, with student engineers Katy O’Hara Nash and Miriam Cristofoletti from the EDM WISE society, presenting the prototype they have made based on the winning design from last year’s competition. The system, designed by Year 8 pupil Philippa Griffiths, displays variable red lights on the back of a vehicle to alert other drivers of the severity of the braking and levels of attention needed.

“We are always inspired by the children’s designs for the Leaders Awards. This year our female engineering students have gone one step further by actually taking a design, and building a prototype. It shows the passion and ingenuity in our region, both from local children, but also our own students. Through these public events we want to demonstrate our commitment to developing STEM technologies and a highly-skilled workforce which can enhance our future together.”

The prototype, along with this year’s shortlisted entries, were on display on Saturday 15th June at the University’s Exhibition and Conference Centre (ECC). Hundreds of visitors of all ages were able to try it out, as well as taking part in exciting STEM activities provided by the MOD, Aerospace Bristol, and UWE. The displays included having a go with drones, Lego Mindstorm, and a virtual reality tour of the new Engineering Building. 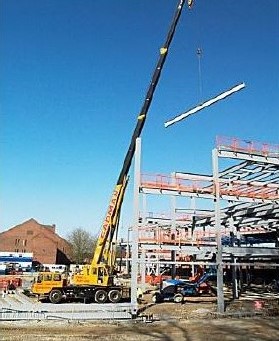 A crane will be arriving at the site of the new UWE Bristol Engineering building construction on Wednesday 11th March. The crane is being brought in to start steel frame erection and will remain on site until this is complete.

Up to five trailers per day will be delivered to feed materials to the crane, and there may be elevated noise levels due to the steel frame installation.

Staff can find out more about building activities on the site over the next two weeks on the UWE intranet. 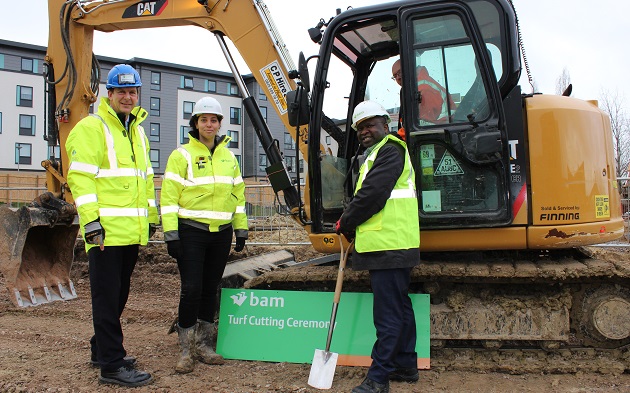 As work on the new Engineering building at UWE Bristol begins, a turf cutting ceremony involving Construction Director Neil Dorrington and Senior Site Manager Selina Elmasry from contractors BAM, and Pro Vice-Chancellor and Executive Dean of the Faculty of Environment and Technology at UWE Bristol Professor Paul Olomolaiye, was held on 15th January to mark its construction.

The state-of-the-art facility will be home to more than 1600 undergraduate and postgraduate students and 100 academic and technical staff from a wide variety of engineering disciplines. The building will also host specialist workshops, study areas and laboratories.

Work is due to be completed in summer 2020, with the facility contributing
to the University’s vision of being one of the top engineering schools in the country through promoting multi-disciplinary, collaborative learning and supports the predicted increase in demand for skilled engineering graduates across the region. 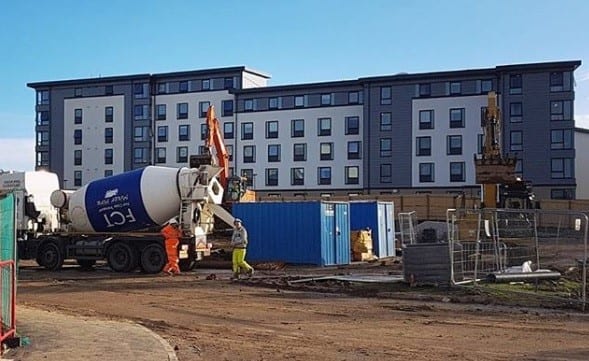 Engineering at UWE revealed the beginning of building works opposite the Bristol Business School on Instagram this morning.

This exciting news is the start of work on the new Engineering Building at UWE Bristol. Due to open in the summer of 2020, more than 1600 undergraduate and postgraduate students, along with 100 academic and technical staff will be based in the building.

Work is underway on the new Engineering building at UWE Bristol, as planning permission is granted by South Gloucestershire Council.

Professor Steve West, UWE Bristol Vice-Chancellor and President, said: “We want to make UWE Bristol one of the top schools of engineering in the country.

“The building will help attract a diverse, creative and innovative student body to the engineering profession, address the future skills gap in the region and respond to the emerging demand for engineering Degree Apprenticeships.”

More than 1,600 undergraduate and postgraduate students, along with 100 academic and technical staff, will be based in the building with construction scheduled to be complete in June 2020. 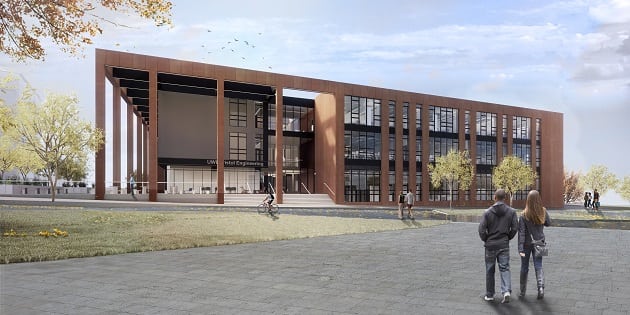 Starting on 13th August, the works will prepare the site ready for construction to begin in the autumn. The building is due to open in summer 2020.

More than 1,600 undergraduate and post graduate students, along with 100 academic and technical staff, will be based in the 8,500 m2 building which will:

Modern teaching and research facilities and dedicated learning spaces will accommodate a wide range of engineering disciplines such as composite manufacturing, machining and metrology.

Work is set to begin on a new a state-of-the-art engineering building at UWE Bristol, with teaching and research facilities including engine test cells, wind tunnels and dedicated learning spaces. The building will accommodate a wide-range of engineering disciplines such as composite manufacturing, machining and metrology.

UWE Bristol is responding to the regional shortage of engineers by delivering a practice-based curriculum that will produce graduates equipped with the right industry skills, experience and knowledge. The new building will enable the faculty to respond to the emerging demand for Degree Apprenticeships in Engineering, accommodating 1,600 undergraduate and postgraduate students alongside 100 academic and technical staff.

Find out more, including visuals of the plans for the building, here and take  a virtual tour of the building, which is scheduled to open to staff and students in summer 2020.