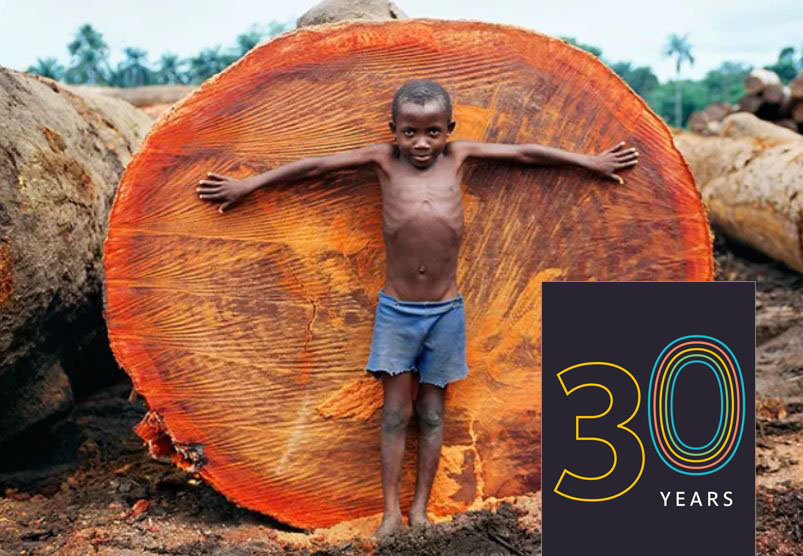 Mark Edwards is one of the most widely published photographers in the world. His pictures are collected and exhibited by museums and art galleries in Europe, the US and by private collectors. He’s recognised as the first photographer to focus on the environment and sustainable development issues.

Assignments for magazines, non-governmental organisations and United Nations agencies have taken him to over 100 countries during his 30 year career.

In 2006, he produced the Hard Rain exhibition, a collaboration with Bob Dylan. Hard Rain is one of the most successful environmental exhibitions ever created, attracting an audience of some 15 million people around the world.

In 2017 Mark was awarded an Honorary Degree of Doctor of Arts (Hon DArt) by UWE Bristol in recognition of his commitment to communicating sustainability challenges through the medium of photography and via the Hard Rain and Whole Earth exhibitions.

Earlier this year he was awarded an OBE for services to Photography and to the Environment. Here he shares his response.

My phone rang just as I was starting to paint the banisters. It was my GP, sounding worried. My prostate-specific antigen (PSA) test, a marker for prostate cancer, showed an elevated reading. She promised an urgent call from a specialist. “Right,” I thought, “get on with the banisters”.

As I got to the newel post in the hall, a heavy letter dropped on the floor behind me. I saw with alarm that it was on Her Majesty’s Service. Even more worrying, it had ‘Cabinet Office’ printed above my address. I’d been critical of Boris Johnson, but surely he couldn’t write to everyone who’s been on his case; the Post Office couldn’t handle the volume. I tore open the letter and saw to my amazement that the (then) Prime Minister had recommended me to “Her Majesty The Queen for the honour of the Officer of the Order of the British Empire”.

It must have been the Hard Rain Project (HRP) that caught the eye of the OBE nominator. I stepped into the arena with the Hard Rain exhibition in 2006 to show a vision of a world unravelling.  The exhibition was hard hitting, as it needed to be. Bob Dylan’s poetic masterpiece A Hard Rain’s A-Gonna Fall, illustrated with pictures of dead and dying life, could only be justified when there was still time to step back from the precipice.

The HRP outdoor exhibitions reached millions around the world and showed how our environmental problems are linked by cause and effect and need to be tackled together. Hard Rain was a thorn in the flesh of those who offer hope to gloss over the scale and complexity of our problems and the opportunities this crisis offers to people who are prepared to face facts. There is nothing wrong with hope that is contingent on us all working together to deal with the environmental crisis. But hope, offered as timid reassurance, does not cut through the inertia to bring about the depth of response this crisis demands.

In the early years of this century, we had that narrow window of opportunity to scale up solutions to deal with climate change and the interlinked problems now threatening to overwhelm civilization. In just the last few years, real-life news has overtaken the horror of the imagined future offered in Hard Rain. We are sleepwalking through heatwaves, droughts, floods, the destruction of habitats and species extinctions—and still we lack the resolve our problems demand. How stupid is that? Very.

There is a growing acknowledgement that it is too late to keep global warming under 1.5 degrees. In the face of this bleak assessment, a new generation of campaigners, school students, have found their voice. Will their uncompromising call for a radically new world-wide approach jolt political and business leaders and the silent majority into action? Our failure to respond adequately to our environmental problems so far shows that we do not really care about the prospects for children alive now, let alone future generations. We have put at risk the gains so painstakingly developed throughout our history for short-term advantage.

I’m aware of being at the receiving end of many of those extraordinary developments. A few days after my GPs call, I was pushed gently into an MRI scanner. It brought to mind a sequence from a Woody Allen movie, and I started to laugh. I’m rolled out of the scanner and told off by a rather severe looking nurse. I quickly explain the joke; Allen’s character gets a headache, fears he has a brain tumour and demands a brain scan. He is rolled into a scanner, his face full of the crumpled despair he does so well. Next, the doctor greets him in the waiting room with the scan results: “There’s nothing wrong with you. Take an aspirin and have a lovely evening.”  You see him running down the hospital steps, but as he reaches the pavement, he freezes. Cut to him with his girlfriend in his apartment, wringing his hands, “And I suddenly realised: I don’t have a tumour now, but I could have one at any moment.” Now we are all laughing at the uncertainty of life. It’s a lovely moment then it’s back in the machine for a very special kind of selfie.

A couple of weeks later I meet the surgeon who gives me the news: “So, Mark you have prostate cancer. But you’re an exceptionally fit 75-year-old man, you cycle to your hospital appointments, you’re gregarious and I have absolute confidence I will be able to operate successfully.”

I cycled home elated. I’ve spent 30 extraordinary years with people at the sharp end of the environmental debate in a hundred countries. If the photographs I, and my fellow photographers, have taken have helped show the need to take healthcare, proper housing and education to all – and deal urgently with global warming so that we can pass on our gains to future generations – that is the only thanks any of us need.

But I am grateful for this unexpected recognition the OBE offers and for the Honorary Doctorate of Arts from the University of the West of England. It gives me a chance to renew our message and thank Bob Dylan and his team at Special Rider Music and Sony ATV Music Publishing for their generosity and support.

And a further unexpected vote of thanks to everyone at the Urology Clinics at Kings College Hospital and Guy’s Hospital! I’ve never been in hospital so I’m discovering, late in life, the generosity and skill of NHS staff. It prompts a final note to gentleman reading this; may the PSA be with you. And if you don’t know your PSA score, book a blood test. Prostate cancer is really cancer for beginners—provided it’s caught early. I was just in time.