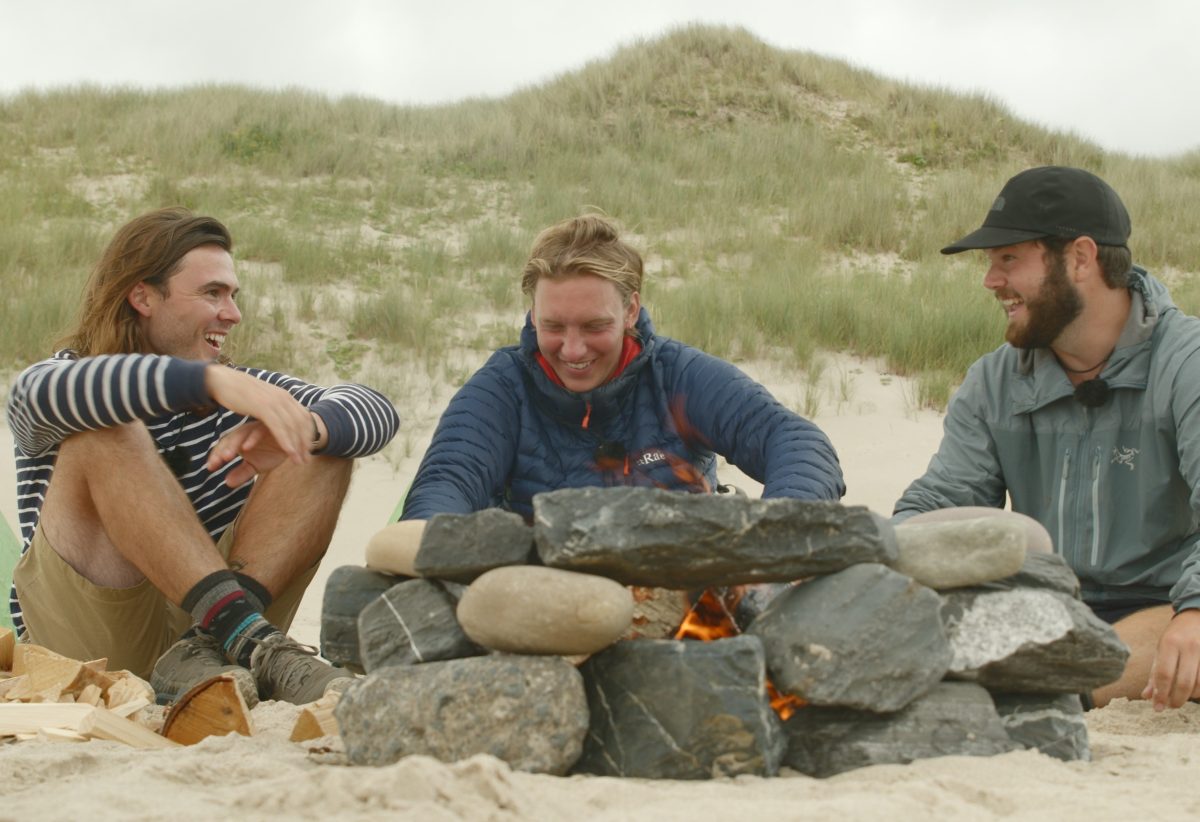 Tell us about End-to-End

The film is about friendship, adventure and music. We walked 1,200 miles over 95 days, doing between 20 and 30 miles a day. We reconnected with each other and the country after months of isolation, and met amazing musicians along the way.

How did you meet George?

Adam and I grew up in Dorset together. Adam left to study and met George at a house party, then they started living together.

I was visiting Adam every weekend and we all just got on really well. We would go to open mic nights around Bristol, watching George play. The crowds got bigger and bigger until one day he got signed, leaving Bristol but always staying in touch.

During that time, I was commuting to work everyday hearing George’s song Budapest being played on the radio. It was hearing and seeing George achieve this success that inspired me to quit my job and study Filmmaking.

What inspired you and Adam to team up as filmmakers?

Adam has always been obsessed with cameras and will rarely be found without one on his side. Although he was studying Human Biology, he was also making money as a photographer around the city whilst studying.

We started our first film company, Paint Studios, in my first year of university with a couple of pieces of kit and a computer. In my second year, I won a National Royal Television Society award for a documentary I directed. I fell in love with the process of documentary-making.

Then, during a summer break, we decided to walk to a film convention that was taking place in Amsterdam – recommended to me by my lecturer Dave Neal. We had no money whatsoever (also, no prior hiking experience) but fancied an adventure. We walked the 500-mile journey from Bristol, camping and filming ourselves every day. We didn’t know at the time, but this would later open the door for us to make George’s film.

Did you experience peaks and troughs when making End-to-End?

There were two distinct low points. One was at the very start in Cornwall. We fully underestimated how hard it would be to get our mileage done each day on that terrain whilst trying to make a film. It was baking hot, we were carrying filming gear and supplies and genuinely wondering (with 1,200 miles in front of us) what we had got ourselves into.

The second low point was walking across the Highlands when there was no real path – we were walking through wet bogs and mountains for up to 30 miles a day, whilst being eaten alive by midges. Then we’d step out of our tent the next morning, put on soaking wet socks and do it all again. Luckily that was at the end of the journey and not the start, because I’m not sure how long our morale would have lasted the other way around.

But after lockdown, just being with our mates, walking, talking and having a laugh together for 3 months meant there were so many highpoints. We went from camping in the field in front of the Pyramid stage on the empty Glastonbury site, to then filming an amazing Scottish folk band called Kinnaris Quintet at the foot of a mountain.

We had walked all that way and were listening to this incredible music, in a mind-blowing setting. That was a moment that stood out. It was overwhelming, but life-affirming.