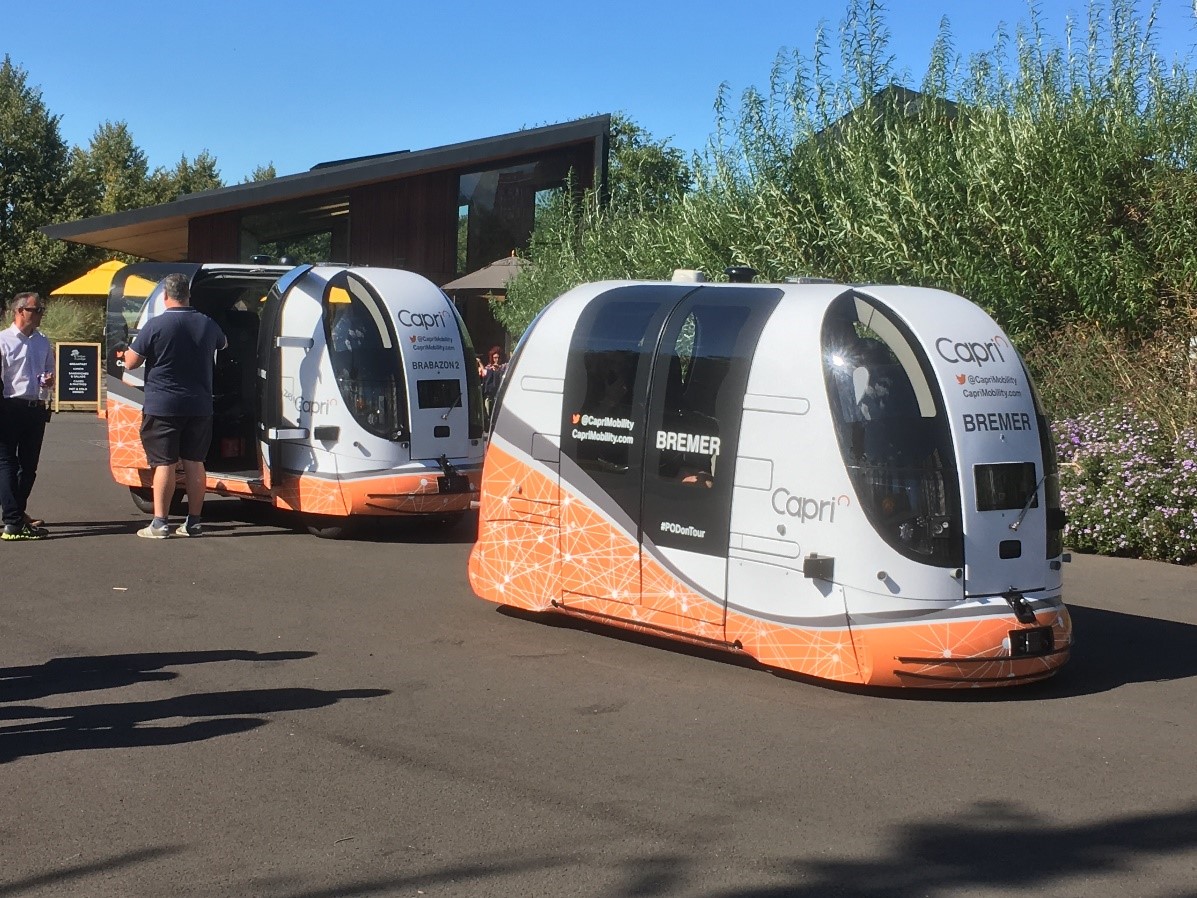 For the past three years researchers from the Centre for Transport and Society, University of the West of England (UWE Bristol), have been involved in the Capri project, looking into the impact of autonomous vehicles. Dr Ian Shergold has given a summary of their recent findings in the post below:

Capri was a practical, evidence-led research project that has broadened the UK’s knowledge of the short, medium and long term impacts of connected and autonomous vehicles (CAV) and helped inform the future direction of CAV development and implementation.

Capri was an industry-led consortium comprising 17 partners, including UWE, partly funded by Innovate UK and the Centre for Connected & Autonomous Vehicles (CCAV).  Funding was awarded though a competition to sponsor projects that would deliver technical solutions for CAV that provide real-world benefits to users as well as identifying commercial benefits. It has paved the way for the use of CAV to move people around locations such as airports, hospitals, business parks, shopping and tourist centres.

Capri ran from 2017-2020, and built on successful earlier research studies and live trials of autonomous vehicles involving UWE and the Bristol Robotics Laboratory (BRL), namely the Venturer and Flourish projects.

The UWE team working on Capri was led by Graham Parkhurst, Professor of Sustainable Mobility and Director of the research Centre for Transport & Society (CTS) at the University of the West of England in Bristol. Over the last three years he has been joined by colleagues in CTS, in particular Dr Daniela Paddeu and Dr Ian Shergold to carry out a range of social and behavioural research on CAV.

Over the three years of the study four different kinds of research have been undertaken.

There was also a wide range of social, environmental and practical concerns that need to be taken seriously, and to which the team do not yet have all the solutions.

However, the experiments showed that people became more favourable following an experience of actually riding in one of the shuttles. And this was particularly true for car drivers, who started off the most cautious of our participants, but became the most positive.

As to direction of face in the vehicle and how fast it went they found that trust in the system was slightly lower at a higher speed and when facing backwards to the direction of travel, so users are sensitive to the design of vehicle and the driving characteristics.

Interestingly though, people who travelled in a shuttle without a steward on board were just as trusting as those who travelled with one. This is an important finding as the whole point of an autonomous vehicle is that it doesn’t need onboard staff.

Although Capri has now finished, CTS and UWE research on autonomous vehicles continues through a project called MultiCAV, which is developing automated public transport vehicles for use on public roads. CTS are also part of a project called ‘Driverless Futures’ which is currently considering how the highway code would work if some road vehicles are driven by computer.

Over the course of the CAPRI project, over 650 members of the public contributed to the research. The team are grateful to them for their time and for sharing their views.

For anyone interested in finding out more about Capri and our work, please visit the online Capri ‘Virtual Museum‘ which has much more on the project and its results.